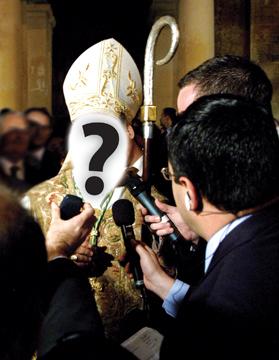 Speculation on the next archibishop’s identity is rife online.

Malta is unlikely to get a new archbishop before the year ends, despite various names making the rounds on social media.

The selection process was still at consultation stage in Malta and had not yet shifted to the Vatican, sources told Times of Malta.

“It has not even been two months since the resignation of Archbishop Emeritus Paul Cremona when Apostolic Nuncio Mgr Aldo Cavalli had said the process to choose his successor may take between three and five months,” the sources pointed out.

If the process takes the full five months, the new archbishop will be installed just before Easter, the Catholic Church’s biggest feast.

It is the Apostolic Nuncio who conducts the confidential consultation process with influential individuals of his choosing that may also include lay people.

However, the Vatican has the final choice after the Apostolic Nuncio forwards three names.

Process to choose a successor may take 3-5 months

Church sources said Mgr Cavalli had asked a number of people to suggest names for the post along with their views on the needs of the diocese.

“The process is ongoing and it is very unlikely we will have a new archbishop this year,” they said.

The rumour mill has dished out names of possible contenders for the post and each new day brings along different candidates.

Last week, Net TV made it almost certain that Apostolic Administrator Charles Scicluna would be the next archbishop and the ordination would take place on December 8, the feast of the Immaculate Conception.

Two days ago, the anonymous blog Pro-Tridentina, which campaigns for the return of Mass in Latin, quoted unnamed sources claiming the choice fell on Salesian Fr Fabio Attard.

The ‘news’ was widely circulated on Facebook but Fr Attard, a Gozitan, yesterday denied the reports.

Priests who spoke to this newspaper on condition of anonymity cautioned against giving too much weight to the rumours.

“The secrecy of the process fuels speculation but when Mgr Cremona was chosen his name had never surfaced in the media,” they pointed out.

Mgr Cremona officially resigned on October 18 and Mgr Scicluna was appointed Apostolic Administrator to head the diocese until a new archbishop is chosen.

In his temporary role, Mgr Scicluna is entrusted with the day-to-day running of the diocese but cannot take any radical decisions that may tie the new archbishop’s hands.