When Abraham Lincoln became the first Republican US president after having won the election of 1860, he publically pledged to bring an end to slavery. Seven slave states in the deep south did not agree and formed a new nation which they called the Confederate States of America.

The war was triggered when the Confederates attacked Fort Sumter in Charleston Bay, South Carolina, on April 12, 1861, claiming this US fort as their own. The Confederate army had opened fire on the federal garrison and forced it to lower the American flag in surrender. Lincoln had no other option but to call out the militia and mobilise the army to suppress this insurrection.

The war lasted until the spring of 1865 when all the Confederate armies surrendered, and Union cavalry captured the fleeing Confederate President Jefferson Davis in Georgia on May 10. Resistance collapsed and the war that had cost the nation some 625,000 lives came to an end.

One of my earlier articles in The Sunday Times of Malta had featured Maltese who enlisted and fought in the ranks of British Colonial and Dominion armies, in particularly during World War I. One soldier was different; for he had served in the American Union Army during the Civil War.

Orlando Emanuel Caruana was born in Valletta on June 23, 1844. Little is known about him and his family. At the age of 16 he emigrated or acquired a working passage to America on one of the sailing ships that crossed the Atlantic Ocean and decided to take a chance on a better life far away from his native home.

What he worked as and where he lived are not clear but what is certain is that for some time in 1861, he was in New York City and enlisted in the army. Whether it was an act of duty or due to employment problems, on August 7, 1861, Caruana lied about his age and enlisted as a private in the army. In October, he was posted to the newly-raised 51st New York Regiment, or ‘Shepard Rifles’. Service was for three years, and after the term expired, those entitled were discharged but were preferred to continue serving as veteran volunteers. His unit was assigned to the 2nd Brigade, 9th Army Corps, ‘The Wandering Corps’. Large battles were being fought in which thousands of men were dying on both sides. 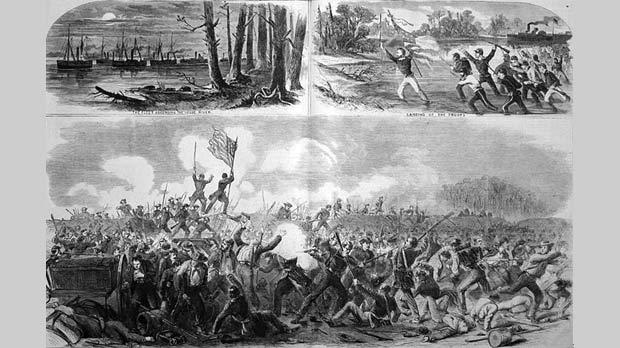 Caruana was one of four soldiers who volunteered to scout and determine the position of the enemy. His three companions were killed, but he managed to rejoin his command and bring back vital information

The Battle of New Bern on March 14, 1862, was the second of three major engagements on the North Carolina coast in the second year of the civil war. On February 7 and 8, Union troops under General Ambrose Burnside captured the strategic Roanoke Island, thereby securing control of the region. Caruana’s Company K, part of the 51st New York infantry, attacked along the railway line. Suddenly the company found itself in a clearance looking straight into nearby Confederate redans. The Confederates opened fire on the exposed Yankees, yet the 51st advanced and returned fire but took heavy casualties. 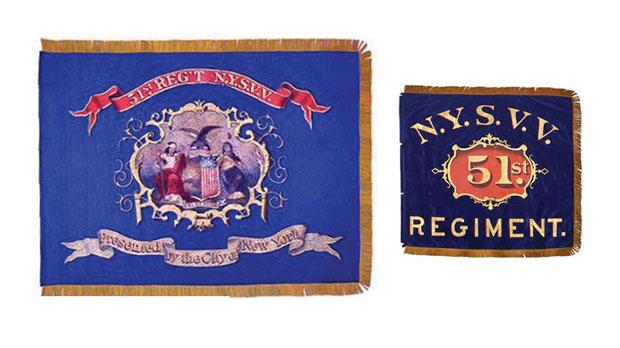 The regimental colours served as a means of identifying units on the battlefield and men were trained to follow their colours in battle, to ‘rally’ around them and generally to use them to maintain unit cohesiveness. Unit colours were a great source of pride, and victories or defeats were often expressed in terms of colours being captured from or lost to the enemy. Even then, however units which lost their colours remained intact and continued to fight.

The Battle of New Berne had cost the 51st New York one officer and 18 enlisted men killed and four officers, including Lieutenant Colonel Potter and 64 enlisted men wounded. It was the greatest loss of any regiment in the battle. 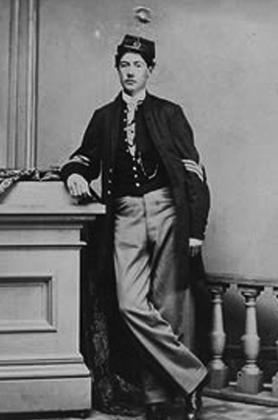 The Battle of South Mountain was fought September 14, 1862, as part of the Maryland Campaign. Three pitched battles were fought for the possession of three South Mountain passes: Crampton’s, Turner’s, and Fox’s gaps. The Union Army of the Potomac commanded by Maj. General George B. McClellan needed to pass through these gaps in pursuit of Confederate General Robert E. Lee’s army of Northern Virginia. Despite being significantly outnumbered, Lee’s army delayed McClellan’s advance for a day before withdrawing.

Although the gallantry of Maltese men in battle was not made widely known prior to World War I and even later, it is a true fact that many were great fighters and had performed heroic deeds. Caruana must have been such a man, as during the battle, he was one of four soldiers who volunteered to scout and determine the position of the enemy and their movements at Fox’s Gap. Caruana was engaged, fired upon by the enemy and wounded, and his three companions were killed, but he managed to escape, rejoin his command in safety and bring back vital information.

His military service indicates that he fought at Roanoke, Virginia; New Bern, North Carolina; Kelly’s Ford, Virginia; Second Bull Run, Virginia; South Mountain, Maryland; Antietam, Maryland; and the Battle of the Wilderness in Spotsylvania County, Virginia. It was at this last battle, that Caruana, then a sergeant, was severely wounded and honorably discharged from the army at New York City on September 6, 1864.

The first formal system for rewarding acts of individual gallantry by the fighting men of the US was established by General George Washington on August 7, 1782. No medal went with the honour. After the Mexican-American War (1846-1848), the award was discontinued, which meant there was no military award with which to recognise the nation’s fighting men.

On November 14, 1890, Caruana was awarded the Congressional Medal of Honour

Early in the Civil War, a medal for individual valour was proposed to General-in-Chief of the Army Winfield Scott, but he felt awarding medals was ‘too European’ and killed the idea. The medal found support in the navy where it was felt recognition of courage in strife was needed and was signed into law by President Lincoln on December 21, 1861.

Shortly afterwards, a resolution similar in wording was introduced on behalf of the army. Signed into law July 12, 1862, the measure provided for awarding a medal of honour “to such non-commissioned officers and privates as shall most distinguish themselves by their gallantry in action, and other soldier-like qualities, during the present insurrection”. Although it was created for the Civil War, Congress made the Medal of Honour a permanent decoration in 1863. A total of 1,522 such medals were awarded during the American Civil War. The Congressional Medal of Honour is to the US Armed Forces what the Victoria Cross is to the British Armed Forces.

Twenty-six years later, on November 14, 1890, then aged 46, Caruana was awarded the Congressional Medal of Honour for his two acts of courage and heroism at New Bern, North Carolina, on March 14, 1862, and at South Mountain, Maryland, on September 14, 1862.

The only soldier awarded two Medals of Honour in the Civil War was Tom Custer, who received both medals in 1865 for separate incidents days apart in April 1862. Caruana was awarded one medal for the two acts, but it is an honour for a Maltese to have been awarded such a distinguished decoration. 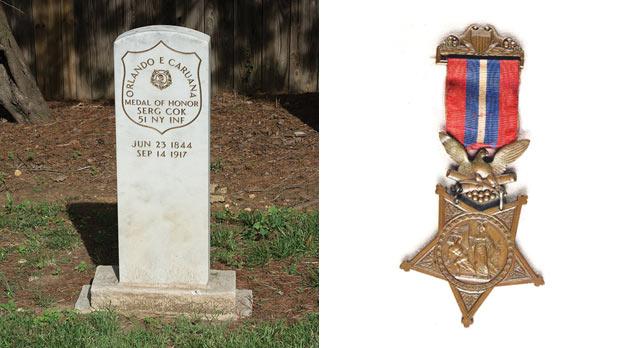 Caruana died in New York City on September 14, 1917, at the age of 73. His funeral was held at St Martin’s church and is buried at plot section 3, lot 33, Mount Olivet Cemetery, Washington, District of Columbia, the US.

My thanks to Victor Scerri who featured Caruana in his book Għeruq Beltin (Valletta Roots), the US National Archives and Records Administration, Veterans’ Service Records and to Ken and George Neath for material on the subject.