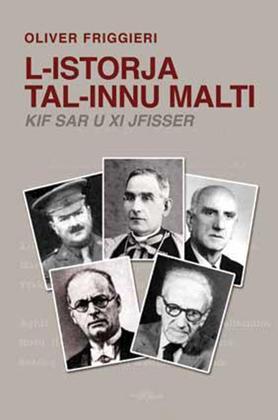 Ever since it became our national anthem, the Innu Malti has been used, on some irrelevant occasions even over-used, to underline our identity.

Perhaps its most significant moment took place on March 25, 1945, when the crowds at the Empire Stadium rose as one defiantly to sing it when, before a match between Hajduk Split and Malta XI, only the British and Yugoslav anthems had been played.

The basic story behind the Innu Malti is generally known. Towards the end of 1922, director of education Albert Laferla was given a tune by his brother-in-law Robert Samut. This was then passed on to Dun Karm so he could write some lyrics in Maltese, for a hymn to be sung by schoolchildren.

The first public performance took place on December 27, 1922 a the Manoel Theatre when it was already being described as a national anthem specially written for the occasion.

Of course, the writing of a national anthem in the vernacular was a political act that has to be interpreted in the situation of the day, a year after the island had been granted self-government following the bloody riots of 1919.

The fact that it was soon accepted by the people means that they felt that it was somehow encapsulated their national consciousness. Friggieri highlights the important roles played by two personalities in giving the Innu its present musical form. One was Paul Nani (also known as Paolo until the early 1940s).

Nani came from one of Malta’s most distinguished musical families. Laferla, who was actually Nani’s Valletta neighbour, had appointed him director of music for schools.

Samut had only written the tune and it was Nani who proceeded to write the full orchestral harmonisation in 1938 at the request of Laferla himself. The other was Vincenzo Ciappara who, in 1936, at the request of the King’s Own Band Club, wrote down the adaptation for a band.

The anthem was given official recognition on February 27, 1941 and that again was a political decision by the colonial authorities as the winds of war were building up. Indeed, in just over three months’ time the first fascist bombs were to be dropped over Malta.

Friggieri goes into careful details about the vicissitudes of the anthem that so fully encapsulated the essential elements of the Maltese identity, namely its steadfast religious belief, its language and its European traditions.

The second section of the book consists of a careful word-by-word analysis of the anthem. The fact that each of the mere 37 words employed is of Semitic origin is in itself a conscious statement of the nation’s identity.

This was a nation that was still experiencing the notorious language question, ironically with English and Italian vying for superiority, with the vernacular being officially unseen.

The 50th anniversary of the writing of the anthem was allowed to pass by unnoticed. Two years later Friggieri has righted this slightly by offering us the definitive book about the text of the Innu Malti.