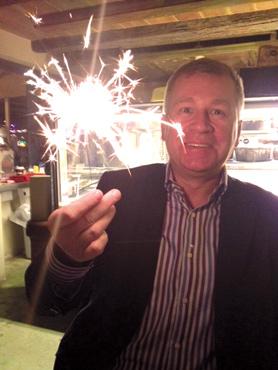 Prime Minister Joseph Muscat has hired a former BBC journalist as his personal media adviser, Times of Malta can reveal.

A spokesman confirmed that Irishman Leslie Skipper was working in the Prime Minister’s private secretariat as a ‘communications adviser’.

Answering questions, which were put a few weeks ago, on Mr Skipper’s role as one of the Prime Minister’s closest collaborators at Castille, the Office of the Prime Minister said that the journalist – who describes himself as “a speechwriter providing the words to get people listening” – was acting as a technical adviser.

“He is well qualified, having served as an editor at the BBC and ITN in London. During the recent rescue of migrants in the Mediterranean, he played a role in the liaison with foreign media,” the spokesman said.

Asked for a detailed breakdown of the remuneration package, the spokesman said: “Mr Skipper is paid a retainer fee of €7,000 per annum and can claim for hours worked.” He did not have a car allowance or enjoy any other benefits such as the use of a computer or phone.

When asked for the hourly payment rate Mr Skipper is entitled to, the spokesman has so far failed to give a reply. It is not known how many hours a week Mr Skipper is asked to work.

According to the spokesman, Mr Skipper had not been employed with the Labour Party before the last election. It could not be ascertained, either, whether he had offered his services for free.

Until a few months ago, Mr Skipper was also listed as a media trainer with Templars, a London-based PR and consultancy firm.

According to its website, Mr Skipper’s main service consists of helping business leaders sound good and create an impact and a lasting impression.

He takes clients on a journey, ensuring they shine before an audience

“He’s also a media trainer who takes clients on a journey through the opportunities and pitfalls of presentations and media interviews, ensuring they shine before an audience,” his profile states.

According to the website: “Leslie comes to Templars after 30 years in broadcast media, editing news bulletins at the BBC and ITN. He has also written for leading public figures and has conducted media training in several European countries.”

A few days ago, a group of communication coordinators from various government ministries were flown to London to attend a training course, which Dr Muscat said was intended “to facilitate their work with the media”.