Raymondo Tonna did not know he even had a biological daughter, but the moment he set his eyes on Narelle Grech, he fell in love with her.

The tireless 30-year-old daughter, who campaigned for the right of donor-conceived people to access information about their biological heritage, passed away five weeks later, but her legacy lives on through an Australian private members’ Bill called Narelle’s Law.

Ms Grech spent 15 years searching for her biological father. Born in Australia to Maltese parents with the help of a sperm donor, Ms Grech spoke to the Times of Malta in 2011 after being diagnosed with advanced bowel cancer.

She was determined to find the man who could shed light on her genetic and medical history.

Ms Grech was one of the donor-conceived Australians born before 1988 with no legal right of access to their biological father’s details.

But when in 2013 Premier Ted Baillieu was made aware of Ms Grech’s condition, he asked the records department to track down Mr Tonna.

I believe that if you truly love someone, you don’t keep secrets from them, and the longer a secret is kept, then the harder it is to tell the truth

The two met on February 17 of that year.

“Realising there was a person out there who was my biological daughter was overwhelming. The moment I set eyes on her was love at first sight.”

Even though he did not know she existed and he had never seen her before, he describes the meeting as a “profoundly beautiful experience” and one that is hard to describe.

“I have pure unconditional love for her as a parent and I think of her every day,” Mr Tonna, born in Paola and raised in Australia, told this newspaper. 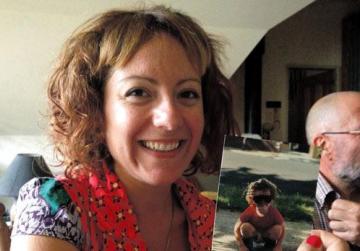 Narelle holding up a photo of Zak as she catches up with family stories.

But she will live on through Narelle’s Law. Still under discussion, the Bill aims to open the door for both parties to make contact.

Although donors would not be forced to see their offspring, their identifying information could still be released to help people understand where they came from. The changes are based on a private members’ Bill that MPs Jane Garrett and Anthony Carbines introduced in opposition.

Ms Grech knew of six others conceived through Mr Tonna and had two full biological siblings. However, no one has yet contacted Mr Tonna. He is on a voluntary donor register, meaning he made his personal and contact details available to those looking for their biological father.

“Unfortunately, unless legal parents inform the children that they were donor conceived, they will not take the first steps to find me. In this day and age, I believe that if you truly love someone, you don’t keep secrets from them, and the longer a secret is kept, the harder it is to tell the truth.” 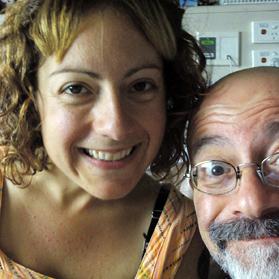 Raymondo Tonna calls this father and daughter photo “a selfie with an angel”.

While he respects people’s right to privacy, Mr Tonna believes there is a greater right of the child to know their biological heritage, and that is why he would like to see the removal of the anonymity clause.

When he donated 30 years ago, he was told that most of his donations would be used for experimental reasons, and he was also asked to sign an anonymity agreement.

“I have spoken to fellow donors, and none of us did this for the money. We were students, and it was something we did in an altruistic manner… there was this feeling that you’re doing something to help someone else.  We were not given any counselling, and at the time you don’t think of the future ramifications.”

Along the years, however, there were days when he did wonder whether there were any children of his out there.

Unfortunately, he noted, donor conception was a worldwide multimillion industry where doctors still wanted to assure the legal parents of anonymity.

Ideally, donors were introduced to the parents from the very beginning and they keep some sort of contact, Mr Tonna said.

“Keeping in touch is also medically important, as in our case, Narelle had stage four cancer and she wanted to inform close relatives.

“Together with my son, we were tested and I want to contact the other eight siblings, as it’s my duty as a parent to inform them of a possible risk, however small. All they need to do is to take a simple test just to clear the air. If you’re not told about it early, when it could still be treated, you might be diagnosed when it’s too late, just like what happened to Narelle.”