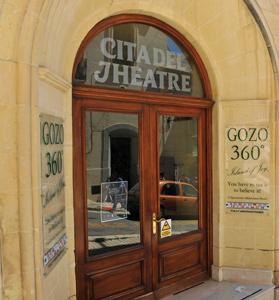 The two-screen Citadel Cinema in Victoria is now closed.

Lights have gone out indefinitely at Gozo’s only commercial cinema, as it searches for investment in a digital upgrade.

The two-screen Citadel Cinema in Victoria showed its last movie on March 31.

It closed its doors as Hollywood studios accelerated their push to have all films released worldwide solely in digital format rather than 35mm.

A Citadel Cinema spokesman told The Times that the cost of upgrading its two 35mm screens to show digital films was estimated at €100,000.

“We are looking at our budget and searching for investment to reopen as soon as possible,” the spokesman said.

“I cannot say when we will definitely reopen but I can say we definitely want to reopen.”

The cost of upgrading its two 35mm screens to show digital films was estimated at €100,000

However, he cautioned that they would only invest in the new technology if they had a realistic prospect of making a return on their investment.

The spokesman admitted that the cinema had been struggling for business as it screened films eight to 10 weeks after they were first shown in Malta. This was because distributors KRS allocated the limited number of 35mm films it received to Maltese cinemas first.

By the time the films premiere in Gozo many Gozitans have already seen them in Malta or have downloaded them at home.

Housed in a building that is more than 100 years old, the Citadel had been in business for 18 years and the spokesman described it as one of the most beautiful cinemas in the Maltese islands.

Aside from the Citadel, Gozitans can watch family films at the Don Bosco Oratory in Victoria on Sunday afternoons, but this closes each year from May to October.

Gozitan cinema fans expressed their frustrations to The Times, with James Borg, from Victoria, saying: “It would be a great pity if the cinema didn’t reopen. It had a very intimate feel to it and it will be a great blow for all cinema fans in Gozo.”

Stefan Grech, also from Victoria, said: “Some films need to be seen in a cinema setting – it means that now I have to go to Malta every time I want to watch a movie”.

Hollywood studios are at the forefront of the push to have all movies released solely in digital format as it will save them the expense of having to physically print and ship 35mm film to theatres and distributors.

The 35mm has been the principal film projection technology since 1899. James Cameron’s 2009 blockbuster Avatar convinced the industry it was time for an upgrade, and cinemas scrambled to switch to digital screens capable of showing movies in 3D in its wake.

A Media Salles report published last February showed that 70 per cent of EU cinema screens were digital at the beginning of 2013.