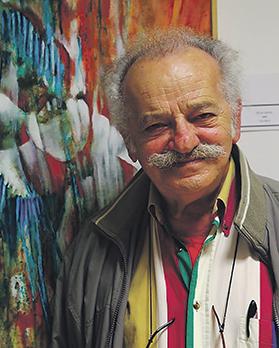 A year has already elapsed since the demise of Alfred Chircop (March 9, 1933-April 26, 2015). This does not mean that Malta has been left devoid of his bright palette, for his vibrant energy and love for life survive through his artistic oeuvre.

Chircop was born in Żebbuġ and, despite having left his natal village when his family moved to Valletta, he often reminisced about Żebbuġ, its people and way of life, and was ever so proud to mention the many bright men born in this village before him.

Chircop gleamed with pride when the Żebbuġ council included him among these illustrious men born in the now prosperous town in a series of posters highlighting these men’s achievements, asking to be driven up and down the bypass in order to get a glimpse of himself.

Chircop was one of Malta’s most intellectual artists, who has left a corpus of works that allows for an in-depth analysis and study of his artistic output. Among his oeuvre are drawings and paintings that the artist produced as a young boy and teenager who already had a precocious talent for art.

St Philip’s Band Club in Żebbuġ is lucky enough to have in its possession one of his early drawings. This is a portrait that Chircop drew when he was just 11 years of age and it portrays the then Governor of Malta, Lord Gort. The portrait was presented to Lord Gort who, in turn, presented it to St Philip’s Band Club to mark the presentation of the Sword of Honour to the Governor. 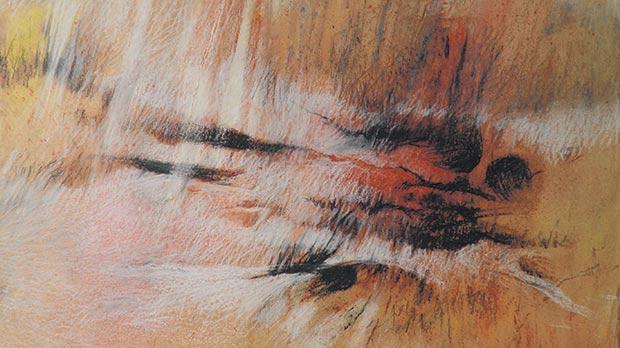 Following his boyhood in Żebbuġ, Chircop’s life unfolded elsewhere in Malta and abroad. His family moved to Valletta where they spent the hardship of the war years, which is also where he received his initial artistic training at the Malta School of Art.

Later, he travelled to Rome, Perugia and Bath in the UK in order to broaden his horizons and improve his talent. Later, he settled in Dingli, where he set up home with his English wife, Margaret and, following that, in Attard, where he was to live the last decade or so of his life. Wherever he went, Chircop was always very prolific. 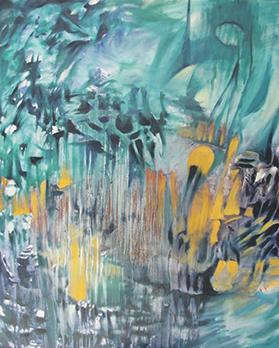 Travels to Sicily and the Apulia region of Italy with his wife left an imprint on his memory and on his art. He often reminisced about the beauty of the vernacular Trulli of Alberobello and the charm of Ortigia in Syracuse.

Throughout his artistic journey, Chircop trained in portraying traditional landscapes, still lifes, portraits, self-portraits, genre subjects and the like with masterful ability. He was a master of design and colour.

However, Chircop came to realise that the world that surrounds him and the greatness of God could never be captured through a life-like rendition of any subject matter. He was an enlightened man and very much aware of his cosmic consciousness. He understood that God’s greatness was infinite and this is exactly what he strove to portray in his abstract works.

He thus turned to producing numerous abstract compositions in several media that capture the spirit of the otherworldly, of the intangible, of that higher power in which he humbly believed and surrendered to. Painting was what made him feel most alive, even in his last few years of life when his strength was wavering, although he did not shy away from a large, blank canvas until he was relegated to his bed.

Chircop significantly spoke of his paintings as little miracles, confessing that he would often get lost in the moment and that he himself was not the only being responsible for a successful work.

For the last decades of his life Chircop exclusively exhibited only his abstract works, which is what he dedicated his life to. This is significant because it is his abstract works that he wanted to be primarily associated with. And that is exactly how he will be remembered for posterity. He remains insofar Malta’s undisputed master of abstract art. 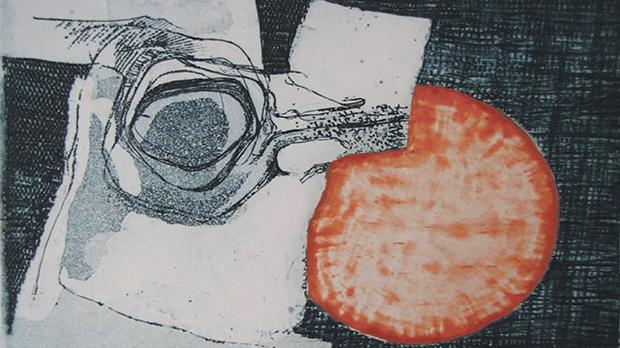