A symbol of national unity and pride in most countries, Independence Day in Malta became a hallmark of divisive partisan politics. Professor Joseph Pirotta, a political historian, traces the prickly path that led to independence after 164 years under the British. 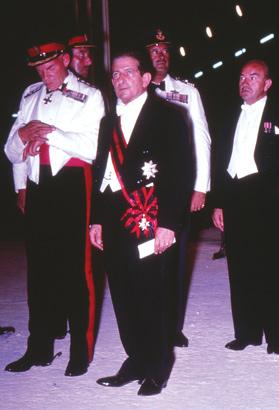 Independence Day 2014 is doubly welcome. It is the 50th anniversary of the day Malta became a sovereign nation State.

It is, however, also welcome because a Labour administration is committed to the national celebration of the most significant date in Maltese history.

Unfortunately, for more than four decades, Independence Day, a symbol of national unity and pride in most countries, was in Malta a hallmark of divisive partisan politics.

The Nationalist Party claimed ownership and a place on the right side of history. The Malta Labour Party derided it as pseudo-sovereignty and for a number of years refused to acknowledge its significance.

In so doing, the MLP effectively airbrushed from history its valid contribution to the shedding of colonialism.

The long and unbalanced Anglo-Maltese relationship centred on British defence requirements. As Lord Perth, Minister of State at the Colonial Office, succinctly put it in 1960: “Malta’s life has been at the whim of our defence policy.”

The Maltese economy was pushed into a state of total dependence on direct and indirect spending by the British Services that induced a national mental state of dependency.

However, by the 1950s the wisdom of dependence on British defence spending was under scrutiny and diversification of the Maltese economy canvassed.

The colonial mantle became increasingly stifling to politically conscious Maltese, a state of mind actively encouraged by George Borg Olivier and Dom Mintoff. Both leaders grasped that dependence on British defence spending was no longer a dependable option.

Defence cuts, announced in February 1957, raised the spectre of mass unemployment in an island where industry and tourism were conspicuous by their absence.

On December 31, 1957, the Legislative Assembly unanimously passed a resolution declaring a break with Britain unless Her Majesty’s Government guaranteed alternative employment for discharged Services employees. 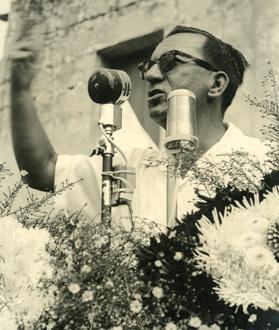 The aim of Dom Mintoff was to put pressure on Britain and the UN.

Events moved swiftly. By the end of April 1958 Mr Mintoff’s administration had resigned; serious anti-British riots organised by the MLP took place; the Constitution was suspended and self-government withdrawn.

At the abortive constitutional discussions held in London during November-December 1958 the MLP demanded independence by 1962 to be accompanied by “defence and trade agreements” with “international organisations and independent territories”, as well as British, American and Nato contributions to Malta’s economy as a quid pro quo for the use of Malta’s facilities.

The PN demanded dominion status for Malta accompanied by a defence agreement and an external affairs agreement to cover the period leading to independence. The UK was to pay rent for the use of military facilities in Malta. Britain would not countenance either party’s claims.

That was when Mr Mintoff launched a vigorous campaign for independence referring to the MLP as the Maltese Liberation Movement.

He drummed up international support by canvassing Labour MPs at Westminster, various Heads of State or of governments, the Socialist International, and Afro-Asian People’s Solidarity Organisation.

Mr Mintoff’s aim was to put pressure on Britain at the United Nations. In early 1959 he took the tactically ill-timed decision to confront the Church head-on in an effort to erode its domination of Maltese society.

In so doing he alienated a substantial section of the electorate. Archbishop Michael Gonzi was wrongly convinced that Mr Mintoff was a closet communist who aimed to turn Malta into the Cuba of the Mediterranean.

He consequently fought him tooth and nail interdicting the party’s national executive in the process.

A debilitating party split constrained Dr Borg Olivier and the PN to devote much of their energy to reorganisation and consolidation.

The commitment to, and quest for constitutional liberty, however, remained at the centre of Dr Borg Olivier’s policy, rhetoric and official correspondence with the Colonial Office.

The PN also sought international backing for dominion status although their efforts were limited by lack of resources.

General elections were held in February 1962. The PN and the MLP placed independence at the centre of their platform and together garnered 75 per cent of the vote.

The other parties either opposed early independence or were adamantly against it.

The MLP, which won 16 seats – to the PN’s 25, branded the process fraudulent.

They accused the Archbishop and clergy of corrupt practices for intimating that to vote for the MLP was to commit a mortal sin, and held them responsible for the party’s election defeat.

Dr Borg Olivier became Prime Minister with a mission to seek independence. The electorate, apprehensive of the island’s uncertain future, had voted for a less volatile style of leadership. 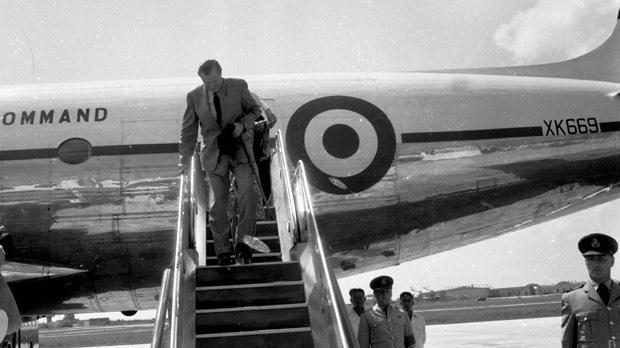 In August 1962 financial and economic talks with Her Majesty’s Government reached deadlock and Dr Borg Olivier demanded that discussions about Malta’s independence should start at an early date. The Colonial Secretary of State, Duncan Sandys, promptly agreed.

Unfortunately, there were important policy and ideological differences between the PN and the MLP, although both parties saw Malta’s strategic position as the immediate key to underpinning the island’s economic stability.

Dr Borg Olivier, who was decidedly pro-West and pro-monarchy, had a mandate to seek Commonwealth membership and to secure a defence and financial agreement with the UK.

Mr Mintoff wanted a neutral republic and was adamantly opposed to the signing of any agreements pre-independence. He believed that a sovereign State could strike a better bargain. Another contentious subject concerned the Church’s role in Maltese society.

Mr Mintoff wanted the separation of Church and State and a constitutional provision rendering moral pressure on voters a criminal offence.

Bound by his party’s pledge of loyalty to the Church, Dr Borg Olivier refused to budge. He then mistakenly yielded to Church pressure and included provisions that effectively placed the Church beyond the human rights’ clauses in the Constitution.

The MLP was understandably furious and were not mollified when pressure from Her Majesty’s Government and the Vatican persuaded Dr Borg Olivier to withdraw the offending clauses.

Once the draft Constitution was approved, first by the Legislative Assembly and later by a referendum whose result was hotly contested, the way was cleared for the Malta Independence Bill to be approved by the British Parliament.

Feeling cheated of the chance to negotiate Malta’s independence Mr Mintoff adopted a dog-in-the-manger attitude and carried the MLP with him.

They branded Malta’s sovereignty as pseudo sovereignty and refused to recognise Independence Day. Unsurprisingly, the PN reacted by annual celebrations even when faced by violent intimidation.

Within this sorry scenario the MLP’s struggle for independence was downgraded as was another crucial element – the unanimity of purpose exhibited by the two parties in their aspiration to sovereignty that helped convince Britain that Maltese sovereignty could no longer be denied.

The MLP’s derision of the achievement of sovereignty on September 21, 1964, robbed the party of its rightful due.

The incongruity of the MLP’s derisory attitude with the Labour Government’s 1971 effective exercise of sovereignty in tearing up and renegotiating the defence agreement with Britain was glossed over. Nor were any of the 1974 Mintoff-sponsored amendments to the Constitution aimed at enhancing the island’s sovereign status.

If we today accept, that “independence made it possible to build the Malta that we have today” we will have taken an important step towards national reconciliation and maturity.