Some of Valletta’s bronze monuments commemorating key figures and events in Maltese history are being given a new lease of life.

If bronze is maintained well, it allows for the lasting beauty and appreciation of these fine art pieces for years to come- Mireille Fsadni

The monument dedicated to Dun Mikiel Xerri and his compatriots will also be given attention.

The aim of the works is to protect the monuments from the outdoor environmental contaminants.

One must understand that the deterioration process of the patinated surface of bronze and of the bronze itself can lead to irreversible damage if left unprotected for an extended period of time.

Bronze is a delicate metal alloy, composed primarily of copper (about 90 per cent), with tin, lead, zinc and other metals.

The survival of bronze sculpture placed outdoors, new or old, depends on many factors: basic quality of construction, exposure and reaction to its environment and any maintenance that its surface obtains.

One of the best ways to protect and preserve a bronze monument is by means of continuous and ongoing surface maintenance. If carried out well, it allows for the lasting beauty and, therefore, appreciation of these fine art pieces for years to come.

When foreign coloration appears on a bronze sculpture, say in the form of blue-green streaking (channelling) and/or patches or whitish green speckles, these are signs of reactions to chemical and/or elemental contamination. If left unattended, such damage can cause instability, irreplaceable loss and potentially devalue the expensive art forms.

While a green (copper sulphate) finish may have been the intended patina, it is more likely to be the result of an attack by sulphur compounds in the atmosphere on a foundry-patinated bronze, which may originally have been brown in colour.

Industrialisation and the burning of fossil fuels left black soot deposits on many statues and released sulphur compounds into the atmosphere that promoted the formation of copper sulphates.

Interestingly, this surface finish is often described as a ‘natural’ patina but it is not a stable finish. Some post-1945 examples use proprietary patination products, which effectively dye or colour the surface of the bronze. Other foundries used bronzing powders.

Proximity to heavy traffic, together with acid rain, has been shown to deteriorate bronze surfaces when compared to surface deterioration on a monument situated at a distance to traffic.

Bronze exposed to a marine, salty environment will corrode and droppings of roosting birds are also harmful to the patina, being particularly corrosive, and should be washed off at the earliest opportunity.

Maintenance works involved the removal of surface deposits using a soft bristle brush, with soft toothbrushes employed for the hard-to-reach crevices of the monuments.

This was then followed by washing down with clean water, using a mild detergent where necessary.

Any bird or tree droppings were carefully removed using non-abrasive techniques. Once dry, the bronze was treated with a microcrystalline wax.

Where necessary, any missing pinned lettering was replaced. 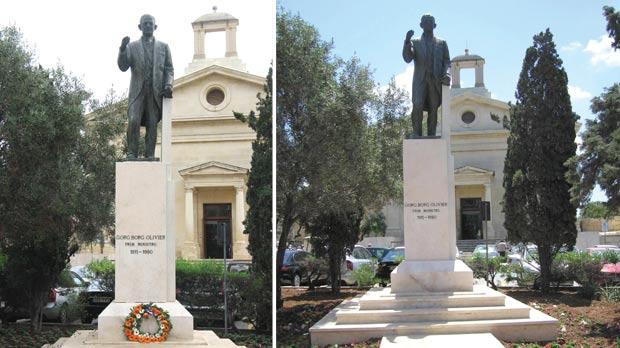 George Borg Olivier
The monument in honour of George Borg Olivier was modelled and cast by sculptor Vincent Apap and was erected in Castille Square, Valletta in 1989, as part of the events commemorating the 25th anniversary of Independence. Conservation and maintenance works have just been completed by workers from the Rehabilitation Projects Office. 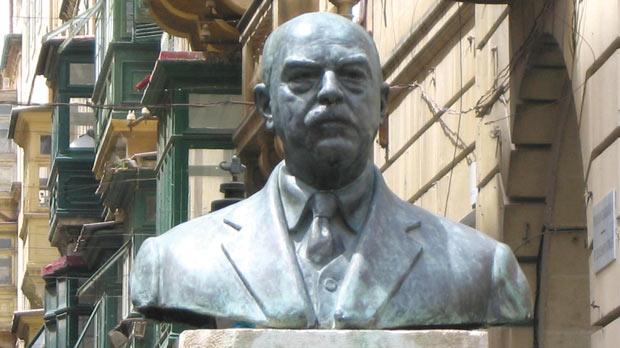 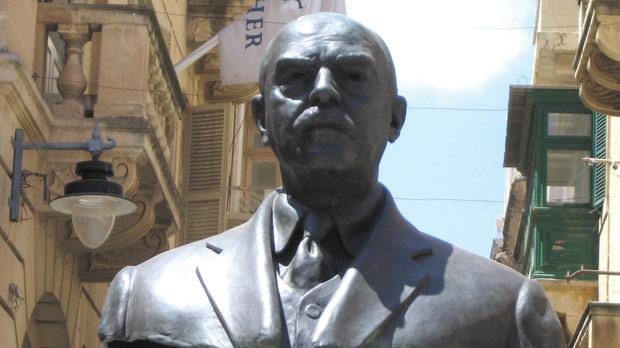 Enrico Mizzi
The monument in honour of Nerik Mizzi was modelled and cast by sculptor Vincent Apap. It was erected in St John’s Square, Valletta and unveiled on September 21, 1964. Direct labour from the Rehabilitation Projects Office recently completed conservation and maintenance works on the monument. The monument was stolen in the mid-70 and was put back in its place after it was found in the sea at the Jews Sally Port. 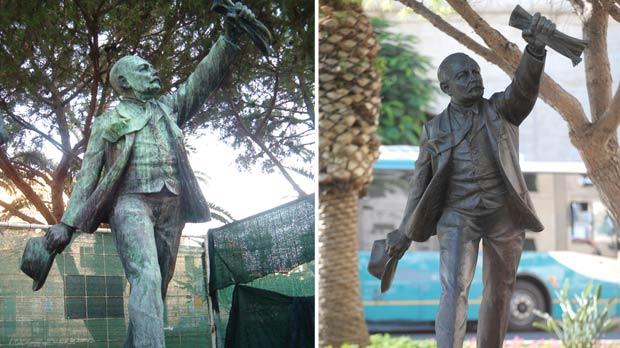 Manwel Dimech
The monument in honour of Manwel Dimech was modelled and cast by sculptor Anton Agius and erected in Castille Square, Valletta, on May 1, 1976. Direct labour from the Rehabilitation Projects Office completed conservation and maintenance works on this monument. 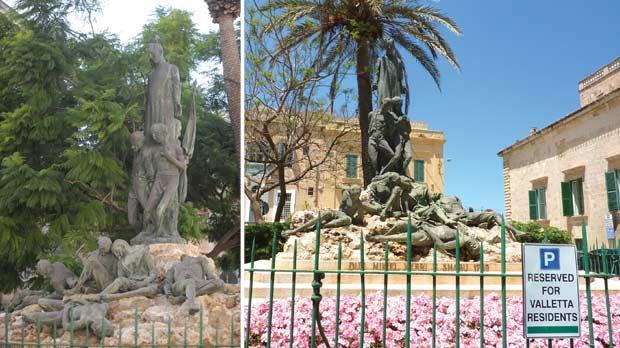 Dun Mikiel Xerri and compatriots
The monument was modelled and cast by sculptor Anton Agius and erected in Independence Square, Valletta. Maintenance and conservation works are expected to be carried out in the beginning of 2013.

The author is head of the Rehabilitation Projects Office, Restoration Directorate, Ministry for Resources and Rural Affairs.