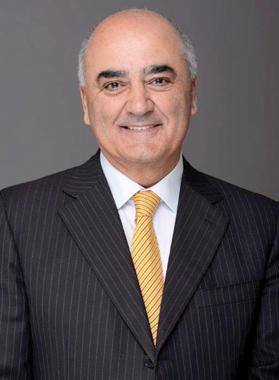 As the bus transport saga raged on in the past couple of years, an entrepreneur was busy updating an alternative that had been proposed two decades ago but fell on deaf ears.

Angelo Xuereb’s revised version does away with tunnels proposed to be excav-ated below sea level, which had pushed the cost of the project up, and instead recommends subways closer to the road surface.

According to Mr Xuereb, a hotelier and construction magnate, the debt accumulated so far by the flailing bus system could have been put to better use by building a monorail transportation system.

“I heard [Transport Minister] Joe Mizzi say on television that Arriva cost the government more than €170 million. That’s half the sum needed for this project,” he said.

Mr Xuereb originally submitted his metro proposal 23 years ago but the project was deemed too expensive by the government at the time. “This time around, the government is more receptive,” he said.

Essentially, he is proposing four main underground stations: one close to Mater Dei Hospital, another in Valletta and two in Fgura and Marsa. Six kilometres of track would be underground where, he notes, it is “easy to dig tunnels” due to the geology of the islands. Another 1.5 kilometre-long stretch in Marsa would be above ground.

The tunnels he had suggested below sea level “would have been dug under the Grand Harbour and that is what would have pushed the costs up”.

Digging tunnels inland would be the least challenging part of the project, Mr Xuereb said. “Unlike abroad, we don’t need to cover tunnels with concrete and seal them because there are no clay problems or nearby streams.”

His original proposal – which would have actually been on a smaller scale than the project he is presenting now – was roughly estimated to cost €230 million at the time, about €400 million in today’s money. His newly revised proposal is estimated to cost about €300 million.

“That estimate is on the high side. I think it will be cheaper, in fact,” he said.

You would still need a bus network

The largest expense would be the building of an underground car park able to take 2,000 vehicles at each station.

He said people would not be persuaded overnight to stop using their cars.

“Executives will still want to travel in a car. Take me: I am an executive and I’m always running around in the car. But with the monorail system, I’d drive to the Mater Dei station, which is closest to Mosta, and then use the underground to go to Valletta.”

The project would also include electric cabins or buggies used at transportation nodes. A number of them would circle Valletta, he said, encouraging commuters to venture off the common paths of Republic and Merchants streets.

“That’s not even 15 per cent of Valletta. St Paul Street and St Ursula Street, for example, are dead. Human beings are lazy by nature and they won’t go down there without transport,” he said.

The infrastructure for the proposed alternative transport system would have to be provided by the government, but the operations could be sustained by the private sector.

“However, such a project could also be eligible for EU funds,” he noted.

He said he had briefed Transport Malta CEO James Piscopo on the concept of his project, and Transport Malta “seems open to the idea”. He insisted he was doing all this “out of love of the country” and not because he was interested in being awarded the contracts to build the transport networks.

The system would not make do without the buses:

“You would still need a bus network,” Mr Xuereb said. The proposal includes the use of ferry boats that would go through a tunnel beneath Valletta, allowing them to carry passengers from Sliema to Valletta and The Three Cities.