The Russian embassy has been on the receiving end of threats since the invasion of Ukraine, forcing it to request security outside its premises in Kappara, a senior government source has confirmed.

The source said that just like other embassies around the island, the embassy now has a military presence outside its gate. There are also frequent patrols in the area.

Armed soldiers and a Land Rover were seen outside the embassy on Wednesday, right across the road from a primary school.

A protest was held outside the embassy on Tuesday, when Repubblika activists paraded a life-size cardboard cutaway of Russian President Vladimir Putin dressed like Adolf Hitler.

Other smaller protests were held in previous days. 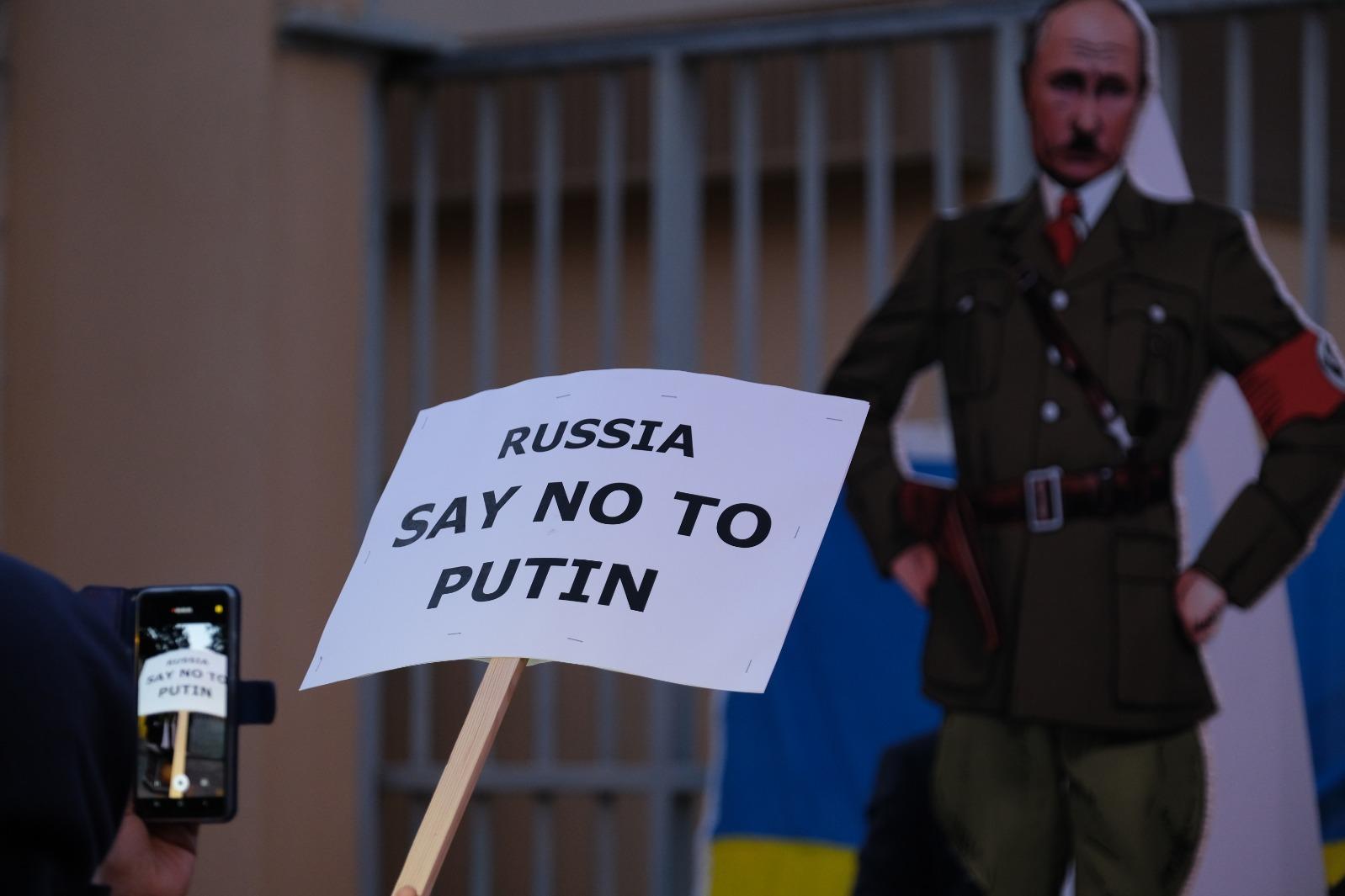 “We summoned the ambassador and explained the positions we are taking in the United Nations and the EU, namely that we do not agree with the use of force or invasions to force a country to change its borders or change its security arrangements.

"We uphold the principles of the United Nations Charter in terms of sovereignty, independence and the peaceful resolution of conflicts and we made that very clear,” he said.

He said his ministry was in contact with Ukrainian and Russian community leaders in Malta and had met them separately.

Bartolo said he was also aware of threatening and "very violent messages" received by the Russian Cultural Centre in Merchants’ Street, Valletta, where the police were also asked to intervene.

A notice on the door of the Russian Cultural Centre, which aims to foster ties between Malta and Russia, states that its premises has been "temporarily closed to the public" since March 3 - a week after the invasion.

It said it offered support "to all the people who have been directly or indirectly affected by the situation that developed recently and has direct consequences of the events that have unfolded over the last decade." 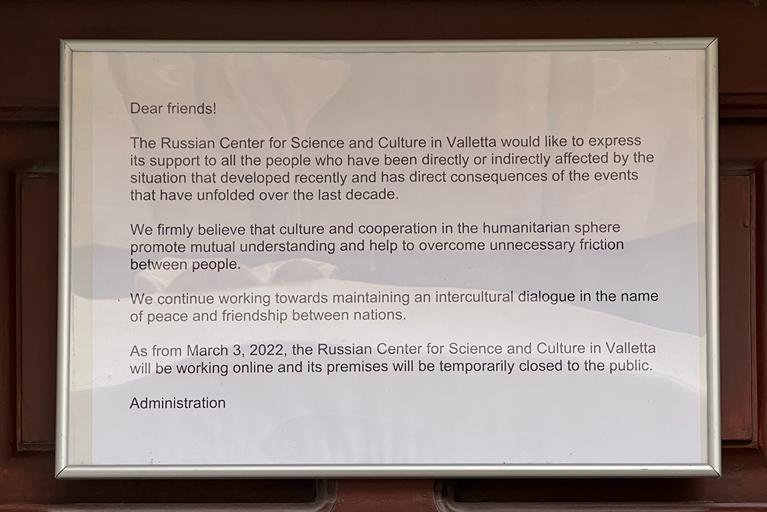 A notice posted to the door of the Russian Cultural Centre in Valletta. Photo: Matthew Xuereb 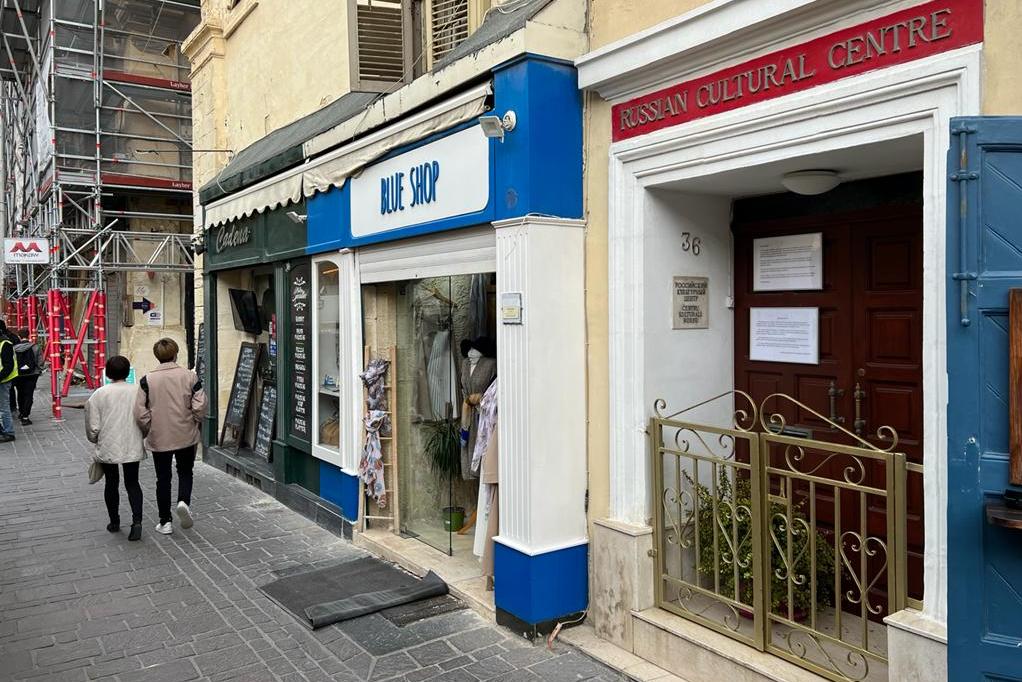 The Russian Cultural Centre, right, has closed its doors to the public. Photo: Chris Sant Fournier

Some 26 Ukrainians have applied to be resettled here as refugees so far, according to Prime Minister Robert Abela. They are expected to stay in the country for the foreseeable future.

It is not clear whether they are staying with family members or are being housed by the government. Ukrainians do not need a visa to enter Malta and are automatically granted a 90-day visa upon arrival.

Groups of people have been regularly gathering outside the Russian Embassy calling for the immediate halt of the invasion of Ukraine.

“We know that this aggression is the result of the intentions and actions of cruel and ambitious leaders and not of a whole people,” the protesters said in a recent letter addressed to the Russian ambassador.

“Despite what their leaders have done, we feel no hatred whatsoever towards any Russian, including those who, like you, have made their home temporarily or permanently among us.”

People held candles and placards denouncing Putin, chanting "hands off Ukraine" among others. Protest symbols were left outside the embassy and were later taken down the police which later clarified that they were “repositioned in the same area for safety reasons”.