Bees and other insects and animals, such as wasps and bats, pollinate flowers on a daily basis, in a process that is vital to produce fruit and many other foods.

In fact, bees and other creatures help pollinate 87 per cent of plant species that humans use for food, material, feeding livestock and medicine. Pollinators are essential for food security and economic resilience as 70 per cent of the world’s crops depend on pollinators.

Pollination is the most important step for plants to reproduce. During the process, grains of pollen – the male cells needed for sexual reproduction – fertilise the female egg cell. The male and female cells are found on different parts of flowers, and this is where pollinators like bees and bats come into play. They transfer pollen from one plant to another, thereby fertilising them. This leads to seeds, around which form fruit and vegetables.

In Malta, crops such as tomatoes and green pepper would not grow without them. Bees and other pollinators affect the economy, and the financial value of their contribution worldwide is estimated to reach €153 billion. Pollinators also encourage biodiversity; they pollinate crops and wild plants, helping to keep the environment healthy. 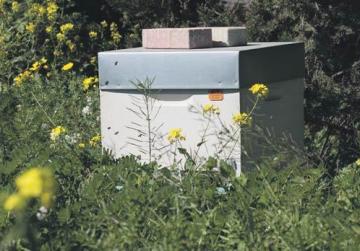 Studies have shown that wild flowers growing near tomatoes helped increase their yield. Insects living on these flowers helped pollinate the tomatoes and may have acted as natural pest controls.

So the decline of bees has serious consequences for the world. In fact, it was considered so important that it was a main issue discussed by Commonwealth countries during CHOGM held in Malta last year at an event organised by Friends of the Earth.

Paul de Zyla from Friends of the Earth, UK, said urbanisation, pesticides and climate change were the main causes of habitat loss and bee decline, and that politicians, researchers and citizens must work together to reverse this trend.

Some actions are already being undertaken. Clive Harridge, secretary general of the Commonwealth Association of Planners, indicated that UN member states must include 17 sustainable development goals (SDGs) in their political policies, and three of these address ecosystem threats.

One of the goals, SDG 2, emphasises the need to end hunger by achieving food security and improved nutrition through sustainable agriculture.

The decline of bees has serious consequences for the world. Urbanisation, pesticides and climate change are the main causes of habitat loss and bee decline. Politicians, researchers and citizens must work together to reverse this trend

Another, SDG 11, points to the need to make cities and human settlements inclusive, safe, resilient and sustainable.

A third, SDG 15, stresses the need to protect, restore and promote sustainable use of terrestrial ecosystems, sustainably manage forests, combat desertification and halt and reverse land degradation and biodiversity loss.

Bees play a part in all these goals.

Across the Commonwealth, national case studies are being undertaken to try to understand the situation with pollinators to figure out how to save them. Ideas include areas where agriculture and wildlife are merged, creating habitats such as green roofs. Such projects are taking place both at the Malta College of Arts, Science and Technology and the University of Malta.

Some companies are even building bee hotels. These are places where solitary bees can build nests and lay eggs without producing honey. These bees tend to be much less aggressive and thrive as long as there is enough wildlife for them to obtain food. 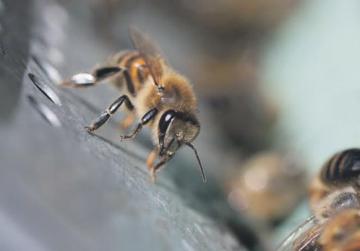 Some companies are even building bee hotels where solitary bees can build nests and lay eggs.

Citizen engagement is needed to encourage participation to collect data and evidence. By working with researchers and policymakers, real change can be achieved to save bees.

Mcast lecturer Mario Balzan said at the CHOGM event that studies he was involved in showed that wild flowers growing near tomatoes helped increase their yield. Insects living on these flowers helped pollinate the tomatoes and may have acted as natural pest controls. By planting flowers in gardens and balconies, bees’ habitat could be expanded.

There are many reasons for bee decline, ranging from uncontrolled pesticide use to widespread infections. Only by researching the problem and then creatively addressing these issues can bee decline be reversed. This will require all sectors of society, including ordinary citizens, researchers and policymakers, to work together to save bees.

Jessica Edwards is an intern at the University of Malta research magazine Think.