A bronze sculpture of breathless horses in motion by internationally-renowned Maltese artist Antonio Sciortino will go under the hammer in two weeks’ time. 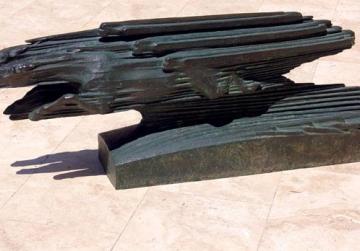 Called Speed, the work of art was crafted in the shape of a large anvil with the heads of two horses and their forelegs flying forward, blurring the rest of their bodies into lines of speed.

The heads of five riders are wedged close to the bodies as the horses’ nostrils flare for air, which then streak backwards and develop into parallel bands of metal.

Valued to be worth about €150,000, the item, considered to be “a museum piece”, will have a starting price of between €50,000 and €80,000, according to auctioneer Pierre Grech Pillow. The masterpiece, which was privately owned, will be the star of an auction by Obelisk Auctions Gallery, showcasing more than 1,200 pieces that include paintings, Maltese furniture – including a rare 18th-century chest of drawers valued to be worth about €8,000 – and ancient maps of Malta.

Mr Grech Pillow said it was “an honour” to be able to sell such a work of art. “A piece like this hasn’t been sold in an auction for 10 to 15 years and I’m really excited,” he said.

He is expecting a lot of interest in the piece at the auction on June 28.

“It’s such a beauty. As soon as one sees it, the technique and style immediately show that it is a Sciortino piece,” Mr Grech Pillow said. 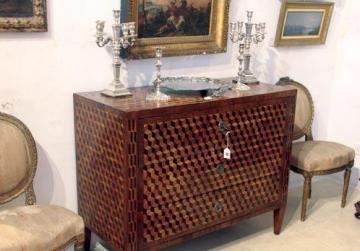 Born in 1879, Sciortino’s genius was discovered at a young age by his relative and, aged 22, he went to study at the Istituto Reale delle Belle Arti in Rome.

His works are recognised internationally and some of his best pieces in Malta include the statue of Christ the King in Floriana, the 1565 Great Siege Monument opposite the law courts and a monument dedicated to Lord Gerald Strickland at Upper Barrakka Gardens.

Viewing will be held at Obelisk Auctions Gallery at 1, Villa Drusilla, Mdina Road, Attard, on June 21 and 22 between 10am and 7pm.

On the days of the auction, viewing is possible between 10am and noon.