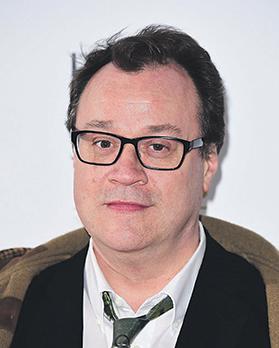 Russell Davies has defended his decision to add a lesbian kiss to A Midsummer Night’s Dream because “it’s 2016”.

The former Doctor Who showrunner has adapted Shakespeare’s comedy into a BBC TV film – but diverging from the original, Titania and Hippolyta share a kiss at the end.

Davies said: “My feeling about the end of the play is that Titania is submissive to Oberon and he gets away with his tricks.

“I wanted children to watch this and see the real world in the middle of this fantasy.”

In this version, due to air on BBC One at the end of May, Theseus is killed and Flute’s speech becomes a lament for the king as he is dying.

Davies said Shakespeare plays had been constantly reworked – and so the Bard’s fans should not be offended by the reinterpretation.

“If you’re a Shakespeare purist, it means you’re in love with imagination and drama and truth and fun and honesty,” he said.

“The plays reinvent themselves constantly, every generation does them differently, so if there’s a problem kiss me instead!”

Davies said it was “quite daunting” to reimagine Shakespeare.

He said: “There’s something sacred about when you sit down at a computer and you’re looking at words that have been sat there for 400 years, and I did genuinely feel strange. But you’ve just got to do it.”