For years I thought I had to fly all the way to Egypt, Malaysia or the Maldives to find the ultimate scuba diving experience.

Little did I know that a true diver's paradise is just a few hours’ flight away from Berlin – in Malta.

Calm waters, clear visibility on calm days up to 50 metres and amazing dive sites speak a language of their own.

At first it was not much more than a small spot on the map for me, but I quickly fell in love with all the islands had to offer, especially the small island of Gozo.

It is the second-largest of the archipelago and attracts scuba diving enthusiasts to its rugged west coast with places such as the Inland Sea and the Blue Hole with the Azure Window. 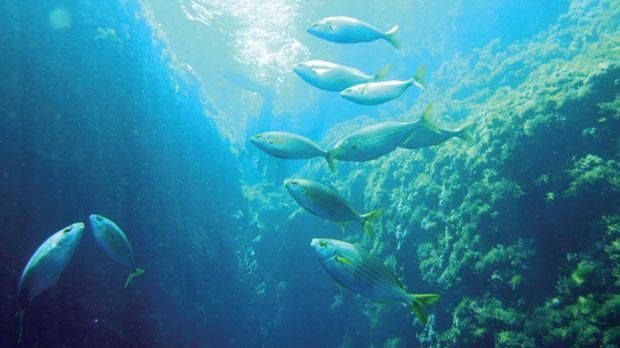 All those dive sites are in an area around Dwejra Point, which is part of an enormous nature reserve and can be easily accessed via the small fishing village of San Lawrenz.

“That’s how a transforming butterfly must feel like in its cocoon,” I thought when I tried to squeeze into sexy long johns and a tight-fitting wetsuit.

But the water in Malta is rather chilly in spring and, hence, I forced my body into the wetsuit. The lovely divemaster Aga laughed at me and showed me the way to where we had to enter the water.

My eyes caught a glimpse of the massive natural rock formation that is called the Azure Window.

The arch was created after two limestone sea caves collapsed. In my head, I tried to measure the distance to sea level and it must have been more than 20 metres down to the famous Blue Hole.

“That is exactly where we need to go down,” Aga pointed out happily.

I can tell you this much: it was an exhausting hike down the slippery coral limestone rocks with a complete set of equipment on our backs.

I was sweating and slipped on the wet rocks more than once leaving me like a beetle stranded on its back and needing help to get back up again.

When we did arrive at the bottom, we put on our hoods and fins and off we went into the dark depths.

In front of us a circular abyss opened up, leading about 18 metres down.

Happy to not feel my weight any more, I was gliding through the water and marvelled at the mysterious underwater world.

From below, the whole thing looked like a big arch with a flat, nearly square top side almost entirely covered with coral.

Our dive took us from the Blue Hole out across the bay to the Azure Window, which most tourists only come to admire from above.

However, the bigger part is hidden underwater and scattered across the sea bed were huge boulders that had fallen from the window.

The massive stone block was the perfect hiding place for many sea creatures such as colourful nudibranches, which are quite a rare sight in the Mediterranean.

We slowly swam around the blocks, circled around the reef and saw schools of damselfish, comber fish and nudibranch.

I came across some jellyfish that were luminescent when scared and glowed in a fascinating way.

Back at the Blue Hole, Aga and I swam through a large cave into a chimney-like tunnel that literally soaked the mystical underwater scenery in a dramatic light.

Right next to the Blue Hole is a second, world-class diving site called Inland Sea, which French explorer Jacques Cousteau once rated among his top 10 dive sites.

The Inland Sea is, as the name suggests, a naturally formed lagoon, connected by a tunnel to the Mediterranean.

This tunnel is about 60 metres long and it took about 15 minutes of steady swimming through the grotto to the Azure Window. Inside, it was so dark that we had to rely on flashlights and only a bright light at the end of the tunnel showed us the way.

Diving through the long tunnel felt like being on a deep sea dive and I saw many jellyfish, damselfish, groupers and red starfish.

The only downside was that we resurfaced at the Blue Hole, so we had to carry our heavy equipment back up the steep rocks after diving for about 50 minutes in cold water. I definitely have to work on my personal fitness – but that is another story.

• Read more about Anja’s travels and her twin passions of scuba diving and surfing at http://happybackpacker.de .