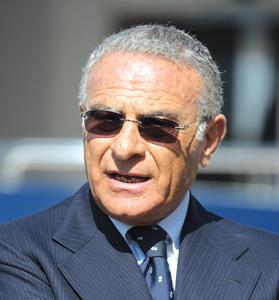 Palumbo Malta Shipyard CEO Antonio Palumbo has been arrested by the Sicilian authorities in connection with the illegal dumping of chemicals.

Mr Palumbo, 63, and his son Raffaele, 38, both from Naples, were taken into custody yesterday by the Sicilian environmental authorities, along with another four people from Messina and Trieste.

The two were released on bail. They are charged with conspiracy to commit environmental crimes in Messina and destroying and suppressing public documents.

Investigations began in 2011 when officials from the Sicilian Forestry Department took samples of blasting additives – which are added to water used for stripping ship paint – from the Messina shipyards owned by the Palumbo family and matched it to hazardous waste dumped illegally.

According to Italian press reports, prosecutors said the judge handling the preliminary investigations also ordered about €226,000 to be seized from the firm’s assets, a sum that matches the savings Palumbo Spa is alleged to have made from the disposal of hazardous waste generated at their yard.

When contacted yesterday, Mr Palumbo protested his innocence, saying the charges were the result of the “delicate political climate in Italy”.

“This has surprised us,” he said, pointing an accusing finger at a subcontractor who, he said, was paid to dispose of the waste.

Mr Palumbo said his company had itself taken court action against the subcontractor and had even gone to the prosecuting magistrates “voluntarily” a year ago.

“But now we have been faced with this. They have tarnished the reputation of a 45-year-old family-run business,” he said.

“I only hope that this misunderstanding is cleared up as soon as possible. I am paying the price for living in a place that is difficult and complicated.”

In a statement issued later in the afternoon, Palumbo’s lawyer, Francesco Picca, said he would soon demonstrate the “company’s complete innocence”.

He noted his clients had gone voluntarily to prosecutors showing a “willingness to clarify matters under investigation”.

The Palumbo family took over what was left of the moribund Malta Shipyards in 2010 and later also bought the superyacht facility in Cospicua.

In little over two years, the company’s fortunes were turned around, albeit with a much reduced workforce, and more than 500 ships were repaired.

More recently, the firm was embroiled in controversy after about 15 residents of Cospicua found their cars were covered in a fine, dust-like layer of “white paint”, which, they claimed, coated their vehicles when a large Italian ship was sprayed at the shipyard.

Some days after the first complaints surfaced, about 100 of the shipyard employees staged a demonstration in defence of the company.