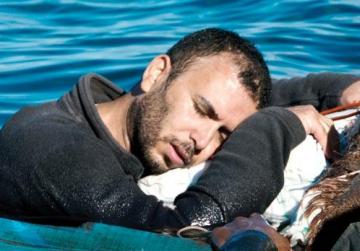 What really led to the death of four people on a fishing boat six years ago will probably never be known, but a film to be released next month resonates with the fear of being lost at sea.

Inspired by the tragic explosion of the fishing boat Simshar, Malta’s first feature film for the international market, by the same name, runs on three parallel tracks.

The Simshar story, which includes the disappearance of 11-year-old Theo, follows the account of his mother, Sharin, the wife of the only survivor, Simon Bugeja.

As she raises her family, immigration concerns and tension among fishermen surge.

At the same time, a Maltese doctor finds himself caring for a pregnant woman aboard a Turkish vessel, which rescued migrants between Malta and the Italian island of Lampedusa, with neither country allowing disembarkation.

The official trailer of the dramatic film by Kukumajsa Productions Ltd was released yesterday.

Aimed at a worldwide audience, it was shot in Maltese and English and stars local and foreign actors, including Tunisian award-winning Lotfi Abdelli, playing the lead role of Mr Bugeja.

Written by Rebecca Cremona and David Grech, and directed by Ms Cremona, it will be a feature-length fiction film rather than a documentary of true events.

Though it has been in the pipeline for almost six years, the film was shot over 29 days, between November 2012 and last April, and will premiere on April 27 at the Empire cinemas, Buġibba. It will then be released at the same cinema and Embassy cinemas in Valletta at the end of the month.

Simshar was filmed entirely in Malta at the Mediterranean Film Studios’ water tanks, in open water and in 21 locations around the island. More than 20 nationalities were involved, with three-quarters of the crew made up of Maltese. Several refugees and African migrants living in Malta, and Mr Bugeja himself, play a small role in the film.

His father, Karmenu, 61, Noel Carabott, 33, Somali Abdulrahman Abdala Gedi, 21 and Mr Bugeja’s son perished at sea. In the film, Theo sets off on his first expedition on the family fishing boat with his father, grandfather and a Malian migrant worker. Disaster strikes when a fire breaks out onboard, leaving the crew stranded in open water. The story ends in tragedy when the fishermen are spotted but not rescued, being mistaken for African boat people.

Following the trailer’s release yesterday, Film Commissioner Englebert Grech urged more people to give a creative input to the industry.

Home Affairs Minister Manuel Mallia pledged his support to similar productions, noting €1 million was allocated in the Budget for co-productions. Dr Mallia highlighted the importance of the film industry, which had the potential to attract investment from abroad.

Unfortunately, the film facilities at Rinella had been abandoned over the past years.

Were they to be handed over to the government, it would make the best use of them, he said.

The trailer can be watched at www.youtube.com/watch?v=jnOLsCGV8XQ.