In this article, the fourth in a series of five features on Malta’s Vanity Fair Governors, Christopher Grech writes about Sir Francis Grenfell and his wife, who died in Malta.

There is something comical about an Anglo-Saxon wearing what must be that quintessentially Ottoman article of headdress: the fez or tarboosh. Is it just the association with comedians like Tommy Cooper or is it the clash of cultures that brings a smile to one’s lips? Grenfell certainly possessed a sense of humour, however, in this case, the sketch also reflects the imposition of Western discipline on Eastern laissez-faire. 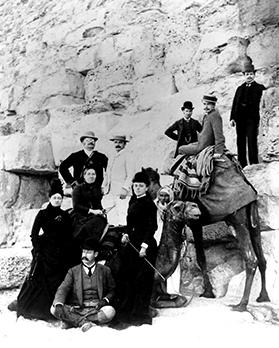 The Grenfells at the pyramids. Lady Grenfell stands by the camel’s head. Photo: John Gibbons Studios

Sir Francis Grenfell’s caricature by Spy (Leslie Ward) was published in Vanity Fair on October 19, 1889. Although the text that accompanied the caricature is complementary, claiming “he is full of good qualities, and popular everywhere”, the image is less so, depicting an officer with a tendency to portliness, indicative of time spent at the desk rather than on the battlefield. A photograph of Grenfell by the celebrated British photographer Herbert Rose Barraud of a few years earlier gives us the image of a more serious and authoritative officer.

A large part of Grenfell’s military career was spent in Egypt so it is entirely appropriate that he should be portrayed wearing a fez. In fact, he is shown wearing the uniform of the Egyptian Army, which he commanded, as Sirdar, from 1885 until 1892. This article focuses on two facets of Grenfell’s life which originated in Egypt and came to fruition during his tenure in Malta.

Grenfell was a man of deep sympathies and took a keen interest in the lives and history of the people around him. While in Egypt he was engrossed by ancient Egypt and developed a name for himself as an informed Egyptologist and antiquary. He was involved in a number of excavations and amassed a collection of ancient artefacts which he called his ‘antikas’.

As Governor of Malta he was a generous benefactor, donating a number of items to what is now the National Museum of Archaeology, today referred to as the Grenfell Egyptian Collection. These were first exhibited in 1901 to coincide with the visit of the Duke and Duchess of York (later King George V and Queen Mary). Sir Temi Zammit was appoin­ted curator of the exhibition.

Before his departure in 1903, Grenfell was instrumental in establishing a committee of management for the museum, which was then located in the Industrial Hall of the headquarters of the Society of Arts, Manufactures and Commerce in Valletta.

The other, more profound, Egyptian connection relates to Lady Grenfell’s health and the concern her husband demonstrated while considering his appointments both in Egypt and in Malta: as a man of duty he felt compelled to accept the positions offered to him, even though eventually they may have resulted in his wife’s early death at just 43 years of age.

Although Grenfell prepared a volume of memoirs, which were published soon after his death in 1925, he included very little about his wife’s illness and death. Much of the detail included below is extracted from Grenfell’s more extensive personal diaries, now located at St Antony’s College, Oxford University. The material below has never been published previously. 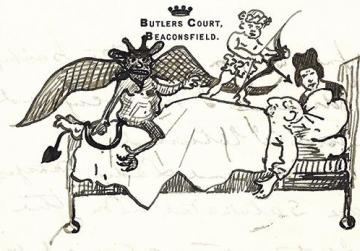 Caricature of Grenfell drawn by himself.

In 1887, Sir Francis Grenfell married Evelyn, daughter of Major-General Robert Blucher Wood. This was a society wedding covered in great detail in The Court Journal, a fashionable magazine of the time.

After resigning as Sirdar in 1892, Grenfell returned to London to take up an appointment at the War Office – a job involving too much bureaucracy for a man of action. When in 1897 Grenfell was offered the command of the British garrison in Egypt he was delighted to be returning to Egypt; however he initially turned down the offer as his wife’s health was giving them both cause for concern. Yet, when Lady Grenfell heard of the offer she insisted they both move back to Egypt.

Sir Francis and his wife arrived in Egypt in November 1897. Initially Lady Grenfell was well enough to take regular exercise, even cycling around Cairo; however, by June 1898 her health had deteriorated and she was starting to feel weak and feverish. Her health waivered in the following months; at times she felt quite ill, then her health would rally, only to falter again. Grenfell observed that the experience seemed to be wearing her out.

The Governor wrote in his diary: ‘God help me to follow her pure, unselfish life, and may my death be like hers’

To his surprise, in October 1898, only a year after taking up his new appointment in Egypt, Grenfell was offered the Governorship of Malta. Once again, his thoughts turned to his wife’s health – which was now considerably worse than it had been just a year ago. Weighing up his options he noted dutifully in his diary “many pros and cons but I think I ought to accept”. On October 25 he had made his decision, although somewhat hesitantly, recording: “I wired to accept Malta, hope I am right.” 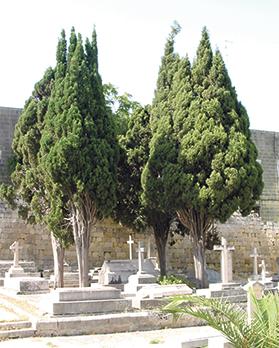 Almost immediately his wife’s health took a turn for the worse, and on October 31 he noted “E[velyn] had a bad night – and I am somewhat anxious.”

A couple of weeks later the Grenfells were in a more buoyant mood. The fact that he had been gazetted Knight Grand Cross of the Order of the Bath no doubt eased some pressures. They were also able to distract themselves with preparations for Malta. In his diary he noted “Malta filled our minds – and we have been wiring, writing and getting answers all week.”

On December 27 the doctors decided that Lady Grenfell’s pain was brought about by pleurisy, which could have originated in number of conditions such as tuberculosis, cancer or even congestive heart failure. The news devastated Grenfell, and he claimed sadness and depression. He confided that his wife demonstrated “great patience and pluck”. 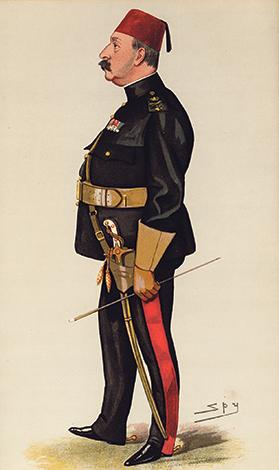 The Grenfells were given a rousing send-off from Egypt, and despite the fact that they left many friends behind Grenfell confirmed that he was not very sorry to be leaving Egypt. They arrived in Malta in early January 1899, and the lack of entries in his diary suggest that the Governor was not overly concerned about his wife’s health. In fact, at the end of the month he observes that “Evelyn has been quite well”.

But all was not well, and it was decided that the much awaited Children’s Ball at the Palace, which was a regular February event in the lead-up to Carnival, would be postponed for a month, and indeed Lady Grenfell’s strength appears to have rallied and the event was a great success. By the end of May her strength had sapped again and she was in considerable pain. A number of telegrams were now sent to family members alerting them to Lady Grenfell’s terminal condition.

The Governor, although distracted by his wife’s condition, carried on as best he could with his official business, meeting with the Executive Council in the morning and spending the afternoons by his wife’s side.

On June 15, Grenfell noted that his wife was very weak. The next day, although barely conscious, Evelyn was able to recognise her husband, pleading: “Francis, pray for me.” Later that day he said the Our Father and she answered weakly with an “Amen”. That seemed to be all the strength she could muster.

Lady Grenfell continued in this weakened state for a few more days; she didn’t seem to be experiencing any pain and was still able to recognise her husband, periodically throwing her arms around him, exclaiming: “Oh! My darling, my darling.” 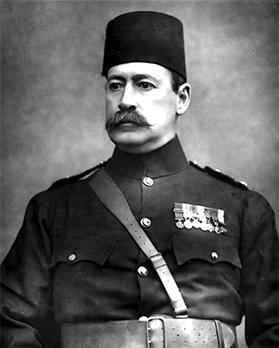 The end came on June 21 when the doctor announced to the Governor that “she is very near gone”, at which the family members who had come out to Malta gathered round. In her husband’s own words: “Her dear face had changed and then her breathing was deeper and longer – she gave three long breaths – and died – I am most deeply thankful for such a pure and gentle death. At present this thought exceeds all others.”

The following day the Governor wrote in his diary: “Her face was so beautiful – a face to be for ever remembered”. As the day progressed, Grenfell started receiving telegrams of condolence from friends and acquaintances, including Queen Victoria, the Prince of Wales and the Dukes of York and of Cambridge. In a vain attempt to distract themselves the Governor and his entourage left Valletta for tea at San Anton Palace, however at the end of the day he reflected: “God help me to follow her pure, unselfish life, and may my death be like hers.”

The funeral, held on June 23, was as private as the Governor could expect: attendance by the public was not encouraged. A few friends, the members of the Executive Council and some religious were present. Lady Grenfell was buried at Ta’ Braxia cemetery. The service was simple and the grave decorated with a profusion of lilies; the Blue Sisters and the Little Sisters of the Poor lined the grave.

In Governor Grenfell’s words: “And so ends our Happy Married Life.”