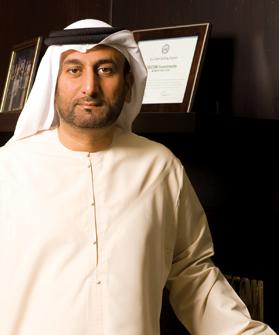 Abdullatif AlMulla: “We have a very strong interest from both local and international companies to move to Smart City Malta.”

The new head of Smart City Dubai, Abdullatif AlMulla, has promised new tenants for the Maltese ICT city in the coming weeks and expressed confidence in the interest being shown by local and international companies.

“Since June 2012, we have signed with a number of business partners. We will announce these details jointly with them when they open their doors for business at Smart City Malta very soon. We are also in talks with many other potential business partners,” Mr AlMulla told The Sunday Times of Malta.

Mr AlMulla, a former general manager for Microsoft South Gulf, was in Malta on Friday for a short stopover to meet Prime Minister Joseph Muscat after he was appointed head of the Dubai group earlier this year.

He was previously Group CEO of Tecom, owners of Smart City Dubai, since 2005.

His brief visit preludes a restructuring of the senior management responsible for the Xagħjra project, which is now on the way to complete phase two of the project with three office buildings, two retail blocks and a lagoon after an investment of some €70 million.

The former CEO of Smart City Malta Fareed Abdulrahman is expected to be replaced, while new executives will be appointed in the coming weeks, such as the head of finance, marketing and business development.

The Office of the Prime Minister also announced it was appointing the Chief of Staff, Keith Schembri, to the board of directors.

Moreover, Mr AlMulla said, the board of Smart City Dubai will be giving the Maltese office more autonomy to make “key decisions” in relation to the development of the Xagħjra project.

Asked to explain the overhaul, he said the changes were normal and had actually been planned. “Fareed has been with Tecom investments since its inception and has served well in various positions... the leadership of Tecom now wants him to take other important responsibilities.”

He also dismissed the idea that the changes were related to the change of government, saying that the Smart City project – a joint venture with the government – “always relied and will continue to rely” on the strong support of the administration.

But the key pledge was the coming announcements of new tenants being signed up, an area which has been challenging the project for some time now.

In fact, while construction has been an overall success, Smart City Malta was largely sold to the people on the back of the 5,600 jobs it is meant to bring with it on completion in 2021, and so far the numbers are simply not there.

The outgoing CEO had defended the situation, in an interview with Times of Malta last year, pointing to the difficulties created by the unprecedented global financial crisis of 2008, but Mr AlMulla appears to be speaking confidently again about the prospects ahead.

“We have a very strong interest from both local and international companies to move to Smart City Malta and we will be constantly updating you...” he said.