Last week an unofficial anti-immigration protest was held by a number of individuals who were claiming to be “real Maltese”. Such statements and events prompt the question: who are the Maltese? Genetics expert Alex Felice tells Caroline Muscat he has the answer. 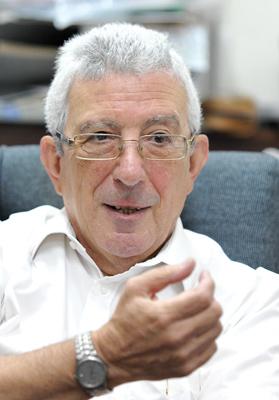 An individual claiming to be a “real Maltese” said on social media before a planned protest last week that he would not rest until he saw “this precious island cleared of African invaders, who want to destroy Maltese culture and civilisation”.

But detailed research tracing the footsteps of the Maltese may help put anti-immigration sentiments in focus. The ‘African invaders’ in fact populated the whole planet, and some of those who migrated from north Africa to southern Italy and Sicily eventually moved to Malta.

The first records of human beings on the Maltese islands date back to around 7,000 years ago. They built magnificent monuments that remain among the country’s most prized cultural heritage.

Yet those who built them suddenly disappeared.

The most likely reason is overdevelopment – a problem the country has succeeded in recreating. But while the voracious appetite for development today is driven by commercial profit, the Temple People erected monuments in honour of their gods.

“Basically, they destroyed themselves out of existence,” genetics expert Alex Felice said, adding jokingly that “they had an archaeo­logical Mepa of sorts”.

Anthony Bonanno, professor of archaeology at the University of Malta, has written about this in the science magazine Scientific American.

The Temple People stayed on the islands for a long while.

The Megalithic Temples were built during three distinct time periods between 3,000 BC and 700 BC approximately, and seven of them have been listed as World Heritage Sites by Unesco, making them sites of global importance.

What remains today are the skeletons of what were once elaborate structures, mostly roofed over, paved, furnished with doors and curtains, and beautifully decorated.

There is no concrete evidence of where those who built these temples originally came from, according to Prof. Felice. Yet, it is thought that the “fundamentalist” culture they established also contributed to their sudden disappearance.

“They just kept building temples, that’s all. There are no records of an urban structure, no housing... just priests. That’s why it’s called the Temples Period. But we are not descendants of those people,” he said.

Prof. Felice’s work in biomedical sciences at the University has helped map out who the ancestors of the Maltese are and where they came from. Genetics focuses on the study of heredity and the variation of inherited characteristics.

The starting point is to acknowledge that we are all coming from the same place. Every human being alive today is in some way a descendant of groups of people who exited the savannah of eastern Africa some 70,000 years ago. 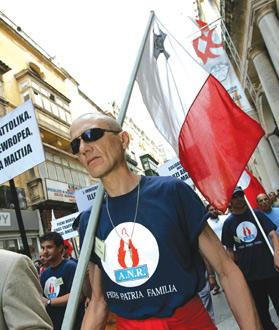 Protesters at an anti-immigration rally in 2006. Photos: Darrin Zammit Lupi

That is the place where humans evolved, meaning erect on two feet with a large skull and a large brain and conducting human relationships face-to-face unlike the rest of the animal world.

Over the 70,000 years they overtook the population of the planet almost completely. “This is what we call the voyage of humanity… This did not happen once. There may have been groups of males and females that moved out of there,” Prof. Felice said.

Some went south, southeast into Asia and some went north towards Mesopotamia, today’s Iraq, where important evolutionary steps occurred. They made the transition from wandering hunters to socially-organised, somewhat urbanised farmers. In so doing, they came across various challenges that helped shape the human genome,” he said.

Malta’s ancestors are descendants of those humans that travelled north and westward after leaving eastern Africa. But there is no record of a civilisation in Malta for hundreds of years after the disappearance of the Temple People, up until the Phoenician-Roman period. 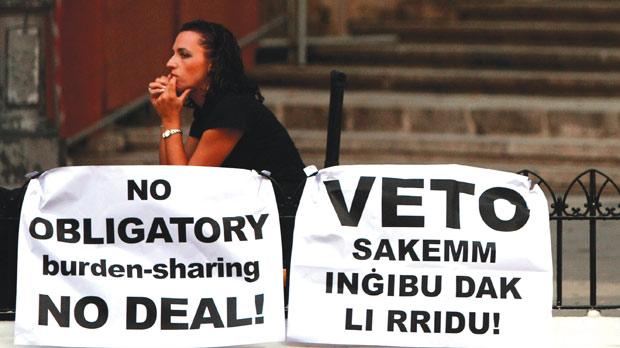 “There must have been Phoenician colonies across the region until they were thrown out by the Romans, who were then thrown out by somebody else,” Prof. Felice said.

In the periods following that, there were small groups coming and going but the population was very small.

“There’s a gap between 800 and 1200 where there is no record of civilisation. It doesn’t mean the place was completely uninhabited. There may have been a few people living here and there, but not much,” according to Prof. Felice.

The islands begin to be repopulated during the Norman period in the 1400s. This rapid expansion gives the Maltese their genetic make-up today.

So where did the people re-populating the islands come from?

The obvious answer, Prof. Felice said, is Sicily. That migration also resulted in the re-establishment of the Church, whose priests then started to keep records of new arrivals and deaths.

“For a thousand years, there has been a constant mixing of people on the island with other people from the Mediterranean, primarily from Sicily and southern Italy up to Calabria,” he said.

Advancements in the field of genetics can tell an individual’s inherited traits – the information is useful not only to satisfy the curiosity of where people are coming from but also benefits public health.

A specialist can today tell an individual’s close ancestors and therefore his or her predisposition to certain diseases. Anyone can know the risk of contracting cancer or diabetes – all for the cost of a holiday.

Migration is an essential part of human nature

In the Mediterranean this is even more interesting than other parts of the world because of its history. “It is one of the few places in the world where you can overlay the old trade routes with modern genetics and match the flow of genes from one part of the Mediterranean to another. The best examples are the haemoglobin disorders common in the Mediterranean,” the professor explains.

The Arab influence on the Maltese language is not a result of Arab rule in Malta, Prof. Felice said. The influence is probably indirect, since the Arabs raided the island and left no-one behind, except for a few people. There are no records of civilisation of any kind at the time.

The kind of Arabic used in the Maltese language is most likely derived from the language spoken by those that repopulated the island from Sicily in the early second millennium; it is known as Siculo-Arab.

The Maltese are mostly descendants of these people. Such is the voyage of humanity in terms of the Maltese. The reality is that voyage has not ended. Migration is an essential part of human nature.

Alex Felice is professor of biomedical sciences at the University of Malta and an elected member of several international societies in science, haematology and human genetics.