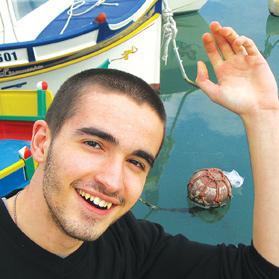 A teenage soldier who died during a military exercise would still be alive had he told his superiors he could not swim, a magistrate concluded yesterday.

Magistrate Audrey Demicoli said that had Gunner Matthew Psaila informed the officers supervising the training that he could not swim, they would have been in a better position to take the necessary precautions to avoid risks.

She said in her judgment that she could not understand how swimming was not an entry requirement for the army when its soldiers were sent abroad on anti-piracy missions and were also expected to rescue storm water flooding victims in Malta.

She cleared Lieutenant Christian Vella, 27, of Żabbar, and Lance Bombardier Marvic Peregin, 31, of Pembroke, of any liability in the 19-year-old soldier’s death three years ago.

He had died from hypothermia after finding himself in difficulty on February 13, 2010, at Chadwick Lakes while going through a tunnel in very cold water.

He had to be pulled out and given CPR but, although resuscitated, died in hospital after two days in intensive care.

The lawyers for his family argued there was no evidence that Gnr Psaila could not swim but, based on the evidence produced, such an assertion was incorrect, the magistrate noted.

She said that the testimony by Gnr Psaila’s mother, Maryanne, Police Superintendent Carmelo Bartolo, forensic pathologist Mario Scerri and the former commander of the Armed Forces of Malta, Brigadier Maurice Calleja, clearly showed that, certainly to the degree of probability, the deceased could not swim.

The magistrate noted that another soldier had informed the accused that he had difficulty swimming and was told to stay at the back of the group of soldiers during the training so that they could keep a close on eye on him.

The two officers in the dock could not have known that Gnr Psaila could not swim, especially when the soldiers were specifically asked about the matter before the exercise started and he remained silent.

Soldiers asked if they could swim at exercise 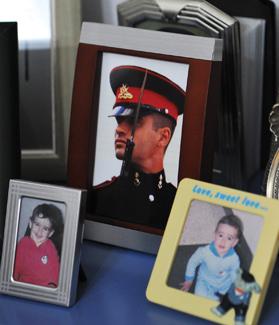 Both the prosecution and the family lawyers held the accused responsible for carrying out a shoddy reconnaissance operation to test conditions at the site the day before the tragedy.

They also argued that although weather conditions seriously deteriorated overnight and were much worse than the previous day, the officers still went ahead with the training exercise.

Magistrate Demicoli however noted: “It was fundamental that one understood that the accused were not the exercise planners but were tasked by their superiors, who planned it throughout the years, to make sure it was done according to plan. They were just the supervising, directing staff and they took all the equipment that was available to them and had no discretion or authority to request more equipment.”

She said the accused had thought in advance about the possibility of soldiers suffering hypothermia and were prepared for the eventuality. In fact, when this did happen, both of them they acted fast and professionally.

The magistrate said she had compassion for Gnr Psaila’s family who wanted to understand what led to his death in order to have some form of closure.

However, the accused could not be held responsible for the sake of closure because they were not to blame, the court concluded.