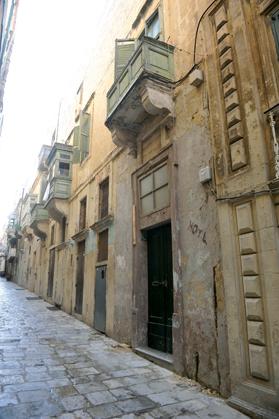 Christ will this Lent head to the capital city’s notorious Strait Street to ‘take part’ in a contemporary play set in 1970s Malta.

Called Kristu fi Strada Stretta, the play will be held in Splendid House, a refurbished old guesthouse, and is based on true stories of women who spent the best part of their lives in the former red-light district.

Revolving around a bar in Strait Street, it will focus on a woman who was betrayed by her father, first lover and a priest, runs away from home and ends up in Strait Street.

“During my research for the performance, I came across one account after the other of the suffering of women in a place known for its entertainment. The play is based in the 1970s, just before the British left, at a time when Passion plays started to gain popularity.

“The first Passion play in Valletta was staged in 1974 at St Dominic Church, called Għandi l-Għatx [I’m Thirsty], and it is still held to this day,” the author, Joseph Galea, said at a press conference yesterday launching Kristu fi Strada Stretta.

The play will feature three main characters with no name: the woman, a man and a Passion play writer.

This writer steps into the bar for inspiration, as he wants to base his characters on Valletta residents. A relationship is soon built between him and the woman at the bar, indicative of that between Christ and Mary Magdalene.

The performance was the brainchild of Passion Week and contemporary theatre enthusiasts Joseph Galea and Carlos Farrugia.

“I was born, live and hope to die in Valletta. When I was a kid, in the 1980s, Strait Street had nearly died out, but my parents still warned me to keep away... There was always this kind of taboo hanging around the street,” Mr Farrugia said.

Sought after for its entertainment during the British rule, Strait Street is now going through an infrastructural, and cultural, regeneration.

The Fondazzjoni Temi Zammit set up the Strait Street Foundation to help regenerate the street. The foundation’s Splendid House is now used for painting exhibitions and installations, as well as theatrical plays and documentaries.

This play, endorsed by Valletta 2018 Foundation and the capital’s local council, will be held between March 20 and 22 and March 27 to 29 at 8pm.