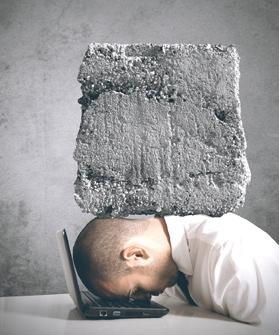 One of a study’s key findings is that people’s perceptions about the impact of stress on their health are likely to be correct.

Experiencing stress can increase the likelihood of a heart attack by almost 50 per cent, a large-scale study has shown.

The important factor was an individual’s perception of stress, said scientists.

People who believed stress was harming their health “a lot or extremely” were more at risk than those who shrugged off its effects.

The results are from the Whitehall II study which has monitored the health of several thousand London-based civil servants.

Initial findings showed that a negative perception of stress more than doubled the chances of suffering a heart attack.

After taking account of other factors that could influence the result, the increase in risk fell to 49 per cent but remained significant.

Lead investigator Hermann Nabi, from the Inserm medical research institute in Villejuif, France, said: “We found that the association we observed between an individual’s perception of the impact of stress on their health and their risk of a heart attack was independent of biological factors, unhealthy behaviours and other psychological factors.

“One of the important messages from our findings is that people’s perceptions about the impact of stress on their health are likely to be correct.”

Writing in the European Heart Journal, the authors said their findings had far-reaching implications.

They urged doctors to consider their patients’ subjective perceptions and take them into account when managing stress-related complaints.

“Our findings show that responses to stress or abilities to cope with stress differ greatly between individuals, depending on the resources available to them, such as social support, social activities and previous experiences of stress,” Nabi said.

“Concerning the management of stress, I think that the first step is to identify the stressors or sources of stress, for example job pressures, relationship problems or financial difficulties, and then look for solutions.

“There are several ways to cope with stress, including relaxation techniques, physical activity, and even medications, particularly for severe cases.”

Together with colleagues from the UK and Finland, Nabi’s team followed the progress of more than 7,000 male and female Whitehall II participants for up to 18 years from 1991.

The civil servants, whose average age was 49.5, were asked to what extent they felt day-to-day stress had affected their health.

Of the total, eight per cent fell into the last two groups who believed their health was severely affected by stress.