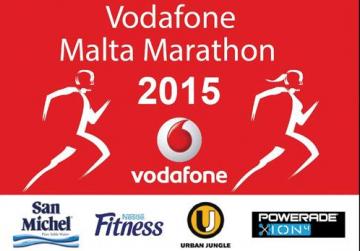 This year Vodafone Malta are again the main sponsors of the Malta Marathon.

This follows the successful experience last year when Vodafone first took on this role.

Why Vodafone? Why the Malta Marathon?

At first glance the link between a telecommunications service provider and a long-distance running event may not seem so clear.

However, there is a closer affinity than one might think.

A marathon is all about an individual’s focus and dedication on achieving their personal goal. It involves setting yourself a personal challenge to be at your very best. This element is very much in line with Vodafone’s belief in the power of the individual to make his/her own choices and decisions – this is after all the driving principle behind the company’s global ‘Power to You’ slogan.

This is also why Vodafone Malta actively encourages its own staff to set themselves this challenge and participate in the marathon.

A number of employees are in fact busy wrapping up their training schedules and will be lined up at the starting line tomorrow week.

This number includes staff at all levels of the company.

In fact, half of Vodafone’s Executive Committee will be participating in the half marathon. These include the CEO, Amanda Nelson, as well as three Group Heads, namely, Jason Pavia, Michael Coney and Tamas Banyai.

Banyai, who was appointed a few months ago, will be running the Malta Half Marathon for the first time, while Coney and Pavia have each ran the half marathon four times.

Nelson, a mother of four and a veteran of seven marathons including the Malta Marathon 2014, fits in up to five runs a week and explains that running is an essential part of her routine.

“It is not always easy to balance my training schedule with my commitments at home and at the office,” Nelson said.

“However, I do challenge myself to keep to it as far as possible.

“The sense of achievement I feel when I finish a certain distance or break a personal time record is so immensely rewarding and I for one have always been thankful to work in an environment that actively supports me in being able to keep up this interest.

“I passionately believe in extending this same support to each and every member of staff at Vodafone and the company has introduced mobile and flexible working arrangements that allow employees to balance their work commitments with their personal interests, be it sport or any other activity.

“In my experience this results in a saner, happier and ultimately much more efficient and productive team.”

Beyond senior management, a number of employees across the company also participate wholeheartedly in the marathon. Some are running or walking for the first time this year, while others are veterans with a number of marathons under their belt.

Some others also use this opportunity to raise funds for charity, with Inspire being the main cause this year.

What they all share is a strong commitment to fitting in a tough training schedule with their work and family commitments, a challenge which they all agree is facilitated by Vodafone’s flexible working arrangements that make striking the right balance so much easier.

Having met with this group of employees at first hand, however, one thing is clear: the sense of personal achievement they feel once they run at their best on February 22 will be well worth the sacrifice.

Whereas this is Vodafone’s story and how its staff see the Malta Marathon, there are a number of participants that also participate under their company name.

I hope that this article will encourage other companies to promote the event and get their staff to participate in next year’s marathon.