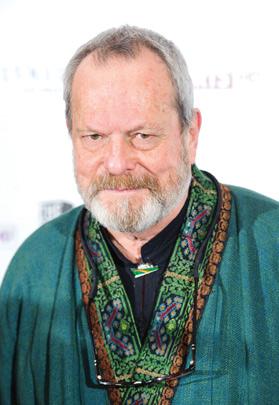 Director Terry Gilliam has told of his hopes to start filming his Don Quixote movie this year – 15 years after he first began work on the project.

The Monty Python star said he plans to “jump in and just go for it” on his modern adaptation of Miguel Cervantes’s hapless Spanish hero, with filming scheduled to begin in Spain in September.

The struggles to make the film originally, as the team battled with numerous on-set disasters, were chronicled in the documentary Lost in La Mancha.

Gilliam, 73, revealed he had a new-found approach to filming after shooting his latest movie The Zero Theorem on a minimal budget in Romania, in just 36 days.

He said of his plans to revisit The Man Who Killed Don Quixote once again: “It’s my default position basically. So we’re trying to do it again, I’m hoping this year.

“I’ve got a young Spanish producer – 29-years-old – he does not know better! But he started producing films at 24, remember the film Buried with Ryan Reynolds, that was the first film he produced when he was just a kid, so he’s very bright.

I don’t take time any more, I just go for it. I’ve lived with it too long, the best thing is to jump in

“So I’ve been down looking locations again. We always rewrite it, each time I start again we do rewrites and change it. So I wouldn’t say it’s exactly autobiographical but it incorporates life that I’ve lived.

“I don’t take time any more, I just go for it. I’ve lived with it too long, the best thing is to jump in.

“That’s in a sense what happened with Zero Theorem, we only had two months from Christoph (Waltz) saying yes to start shooting. And that is not enough time to build the world we created and all that, but we did it.

“You have to work on instinct, which I really do enjoy, because if given the time and money I will double things into infinite oblivion.”

The Imaginarium of Doctor Parnassus film-maker’s first attempt to make the Quixote movie, starring Johnny Depp, collapsed due to a number of problems including actor Jean Rochefort falling ill, military planes flying over ruining the sound, and there was even a flood on the set.

Keith Fulton and Louis Pepe made a documentary about Gilliam’s failed attempt to make the film in 2002, called Lost in La Mancha.

He revived the project in 2010, but it collapsed once again when financial backers pulled out.

Gilliam’s new film The Zero Theorem, which opened in cinemas yesterday, is a science-fiction drama with an all-star cast including Matt Damon, Tilda Swinton, David Thewlis and Ben Whishaw.

Oscar-winner Waltz stars as a reclusive computer programmer trying to crack a formula that will reveal the meaning of life.

Gilliam said of the film’s all star cast: “That was the surprisingly easy bit because suddenly I discovered there were people out there who liked me.

“People like Tilda – we had met at different festivals and always said we ought to work together, Ben Whishaw the same thing. And, basically, I just called them and they all just came and they worked for scale, that’s how we made the film, because we didn’t have the budget.

“Tilda came and did all of her stuff in one day. The doctor scene with Ben and Sanjeev Bhaskar and Peter Stormare, one day.

“I called Matt (Damon) and said I’ve got a small part for you, probably four or five days, I’ll send you the script. He said: ‘don’t bother, I’m in’.

“And you realise that over the years you’ve worked with people and they’re happy to come and play.”