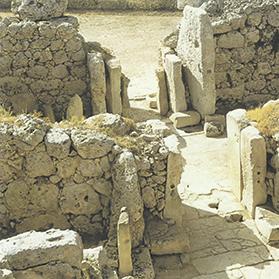 Ever since I discovered the ground-breaking book The Cognitive Origins of Art, Religion and Science by Steven Mithen, Professor of Archeology at the University of Reading, I have been fascinated with the genesis of formal religion. I have been hooked on the fascinating culture of that period and especially intrigued by the presence the Mother Goddess found in Maltese temples. But who is this enigmatic spiritual figure, the prototype Woman of the Mediterranean, who occupied such a revered and exalted position in our psyche throughout the ages?

In his scholarly research, Mithen uses an interdisciplinary approach, combing observations from cognitive science, archeology and other fields in an attempt to offer a plausible description of prehistoric intellectual and religious symbolism.

His study immediately prompted me to ask: Was the exceptional cult of the Mother Goddess so prevalent in Malta’s neolithic temples, the main source of the reverence attached to the female creature throughout early Mediterranean culture?

Many other symbols representing Mother Goddess have been unearthed in the Middle East and eastern Mediterranean islands but they were mostly small figurines or statuettes of women that vary between four and 25cm in size. They are roughly diamond shaped, with a small face without any facial details, big breasts, a large belly and thighs, wide hips and small or absent feet, all symbols pointing to the religious rite of fertility.

Most of the obese female figures discovered in Maltese temples are definitely no paragons of beauty by today’s standards but perhaps they conformed to the idea that a corpulent body figure was a sign of well-being, a perception that lingered on in Malta until half a century ago.

The decorative art with fertility symbolism, and marvellous architecture housing the fertility statues, all point to a highly organised religious cult distinctly superior to any other culture of the period

The association of the Maltese islands with the Goddess of Fertility and her offspring may have persisted with the Ancient Greeks. Was it a coincidence that the great Homer, Father of European Literature, in his epic poem The Odyssey (c 800 BC) reputedly placed his most romanic sensuous nymph Calypso in the shimmering blue sea of Ramla l-Ħamra in Gozo?

The use of symbolism in religion is a universal established phenomenon. Mithen contends that it is common for religious practices to involve the creation of images and symbols to represent superior beings and ideals. 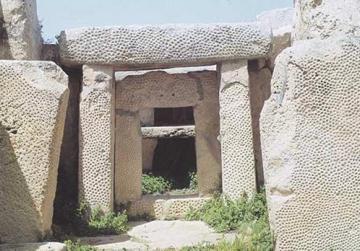 In the light of this, how impressive are the beautiful spiral motifs in our temples, etched out of soft local stone, representing eternity, a sym­bol that surely represents a religious cult. In the dawn of history, symbolism enabled our early human ancestors to represent in abstract forms beliefs in some supernatural being who seemed to violate the obvious principles of the natural world.

It is interesting to note that in some minor temples a communal quern was erected for the grinding of corn where a ceremonial activity was held, embodying the pious hope of the deity granting fertility to the soil the following year.

Undoubtedly Malta was the foremost strong promoter of female power, reverence and mystique, as evidenced in the iconic Tarxien Temples, where the colossal seven-foot (2.13m) figure reputed to be an obese Mother Goddess, the greatest and biggest of them all. It towered over all religious symbols at Tarxien. 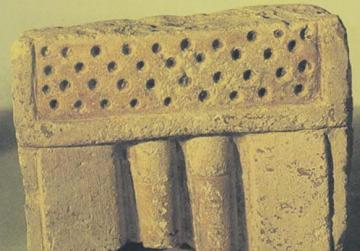 These fertility symbols were enriched by two phallic repre­sentations in a small niche emerging from a religious cult. Their sacrificial offerings, known only to our poets, especially Ġorġ Pisani in his exotic poems F’Ħaġar Qim and Il-Ġgantija, were also present in different forms in all the other temples. They were in the form of figurines, like the Venus of Malta, discovered at Ħaġar Qim, and the Embracing Couple, a small clay figurine also found at Tarxien.

The decorative art with fertility symbolism, and marvellous archi­tecture housing the fertility statues, all point to a highly organised religious cult distinctly superior to any other culture of the period.

Organised religion traces its roots in the neolithic revolution that occurred when the invention of agriculture transformed many human societies from a hunter/gatherer lifestyle. It emerged as a means of providing social and economic stability, cohesion and community.

Renowned archeologists believe that in these religious temples and their cult objects, we are witnessing one of the great steps in human evolution – the development of organised religion

However, the enigma lingers on how such an advanced people should choose to colonise and settle on the Maltese islands. In Neolithic times, Malta was similar to what it is now – a sunburnt, barren mass of rock with soil only in valleys, and lacking metal-bearing rocks to encourage prospectors. This historical fact is as baffling and enigmatic as the mysterious cart ruts that are very often found in the vicinity of the temples. Surely the answers to these queries on the Neolithic period lie buried in the vast decorative temples.

It is difficult to escape the conclusion that Malta was selected as a sacred isle and devoted to the Asiatic cult of the Mother Goddess, whose priests rigidly retained and sanctified the use of old stone implements. From the Near East they came, hugging the Medi­terranean coast until they headed towards Malta.

Our islands must have been an exceptionally important and sacred place in the fourth millennium BC when primitive vessels were venturing further west. With so many temples spread all over the Maltese archipelago, Malta must have been a place of pilgrimage whence intrepid mariners had to take to the uncharted open seas. 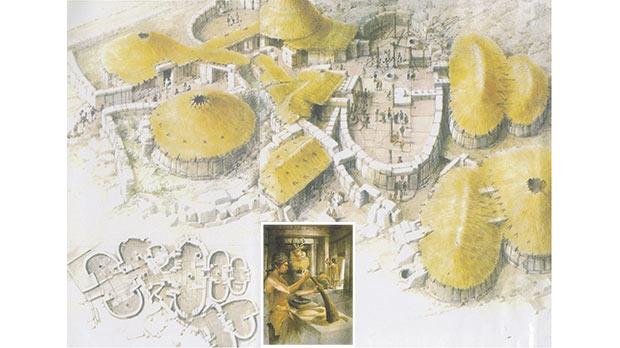 An imaginary view of the huge Tarxien Neolithic Temples Complex under construction c. 4,500-4,000 BC. Inset: An artist’s impression of a neolithic man grinding corn at a communal quern in the shadow of a megalithic statue.

They might well have sought the protection of the island’s goddesses and anxiously asked the oracle about the dangerous voyage ahead. For such help they would surely have been willing to offer handsome donations, especially votive offerings and rich rewards to the gods and high priests.

The enormous decorative neolithic edifices were undoubtedly places of worship on the sacred isle. It is no exaggeration to say that renowned archeologists believe that in these religious temples and their cult objects, we are witnessing one of the great steps in human evolution – the development of organised religion. In this religious milieu the Mother Goddess of Fertility reigned supreme.

The underground labyrinth at Ħal Saflieni in Paola, known as the Hypogeum, which is very different from the temples, demonstrates the spiritual power of the priests who commissioned this enormous project. It consists of various chambers based on three levels, most of which were dug out of the soft limestone. The mysterious holes in the walls, described as ‘oracle holes’, were used by the faithful to pose queries to the oracle. The exceptionally resonant acoustics of the Hypogeum would render the voice of the high priest highly impressive.

At that time the people of prehistoric Malta had reached the zenith of their sophisticated culture, with its impressive sculpture and architecture, but they suddenly and mysteriously abandoned the Maltese islands in c 2,500 BC.

The Maltese islands were later occupied by a crude unsophis­ticated race, known as the Bronze Age people. They inhabited spe­cially guarded promontories as evidenced in Qlejgha tal-Baħrija and Il-Qlejgħa ta’ San Ġorġ in Malta and In-Nuffara in Gozo, where numerous silos for the storage of water, grain or oil are still visible.

Why this happened is still a mystery, although some historians speculate that it could have been caused by starvation, disease or war. The island of mystique and glamour remains as enigmatic as the ancient cart ruts that still baffle archeologists and the highest authorities on prehistory.