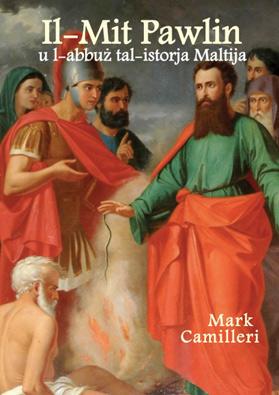 Historian and writer Mark Camilleri’s latest publication, Il-Mit Pawlin u l-Abbuż tal-Istorja Maltija, takes the form of a critique which explains how Maltese history has been abused for religious and ideological purposes.

The book is divided into three parts. The first chapter explains the basic, historical facts behind the Pauline myth and what the author considers its untruths, and then continues by addressing the propagation of this myth.

The second chapter is a critical and philosophical analysis of the Pauline myth as a phenomenon. The last part is an exclusive interview with Godfrey Wettinger, who explains in detail how his work and research revealed great inconsistencies in the greatest historical Maltese myth.

Camilleri graduated from the University of Malta with a Master’s in history. His first academic work, From Colonialism to Mintoffianism: Malta’s transition from a British base to a commercial economy, was published last year.