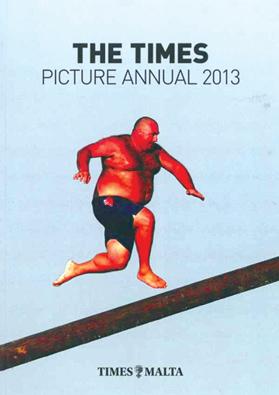 A recent statistic I encountered was that over 250 million images are posted each day on Facebook alone!

When one looks at the large majority of these pictures, one is many times at a loss in finding any worth investigating and reflecting on.

This is rather a paradox, because with the amazing technology mankind has today, it should be more the case of equipment taking on a more diminutive role and the photographer’s brain and eyes doing most of the work.

Alas it feels rather the opposite. Practitioners do not seem to be interested in mastering properly their equipment – they take it for granted and do not concentrate enough, before snapping a picture, on why they are shooting it, what they want to convey and what should be included in it or left out.

Today, there is also no real excuse for producing substandard and defective work. Post-processing software gives photographers all the necessary tools to perfect and create their images. Like a painter with a blank canvas, photographers have the same accessibility and capability of producing whatever they have in their mind’s eye.

In this day and age of a plethora of, at times, meaningless digital imagery, the publication of a book like The Times Picture Annual 2013 is a proverbial breath of fresh air.

I consider photojournalists to be a very purist breed. They mostly work in very difficult and challenging circumstances. They cannot, thankfully, manipulate their images as it is ethically forbidden to do so.

As several historical examples have shown, what one actually sees in a photograph is not ‘reality’ in the sense of the world, but an ‘interpretation of reality’, influenced by the way that the photographer has cropped, selected or composed the image. So, primarily, it is the photojournalist’s responsibility to depict the ‘story’ in a truthful, ethical and correct manner.

Subsequently, this responsibility also falls on the editor or picture editor who is at a later stage entrusted with the photographer’s work. As Salman Rushdie rightly stated: “A photograph is a moral decision taken in one eighth of a second.”

I have been heavily involved in photography for over 35 years and one good trend I have noticed over the years is the increase in the standard and improved quality of local photojournalists. Do not get me wrong, there have been other great photojournalists in the past, such as the evergreen Frankie Attard as well as Michael Ellul. Yet the current crop of relatively young photographers, who have taken the medium by storm during the last 15 years or so, have managed to really raise the value and status of this vital genre.

I am positive that most of the talented crop of photojournalists we have today look up to Darrin Zammit Lupi – the editor of this Annual – as their yardstick. We are lucky to have such a dedicated and talented person to inspire a number of true photojournalists who, due to technology, are perhaps becoming a rarer breed.

Coming back to the eighth edition of The Times Picture Annual, it is encouraging to notice the superb work of local photographers as well as the vote of confidence given by the book publisher in acknowledging their work.

As is the norm, this Annual gathers in it the best and most meaningful work of the photojournalists working for Allied Newspapers. It is in fact a picture book with relatively little text – and that is how it should be.

A striking image should not require much text to convey its message. If a picture can hit home primarily through its visual impact, then it can truly transcend the barriers of time and language and be ‘read’ by any individual of whatever race, religion or creed.

It is a delight to browse through this publication. The selection of images covers the salient moments for Malta in 2013. The body of work as a whole is a testimonial to the high standards of local photography that is perhaps sometimes taken for granted, yet the effort and dedication shown by the photographers should not be taken lightly. There are a great number of iconic images which not only tell a story or capture a fleeting or elusive instant, but also are evidence of the admirable sensitivity, aesthetical and compositional sense of the photographers.

One of the first pictures which made me stop in my tracks was Zammit Lupi’s haunting image of a Palestinian migrant child (p.14). Although depicting a tragedy, the hope in the child’s eyes makes us reflect on being optimistic of a possible solution. Zammit Lupi’s work with immigrants is well known and his other picture (p.19) is another ‘portrait’ with immense impact. This is not the same look as that of the child, but a look of desperation and fear of the unknown.

The photograph by Chris Sant Fournier on pages 30-31 is a fantastic example of a picture which needs no text. There are so many stories in there: the plight of circus animals, the Arriva bus service, the boredom perhaps of the bus driver. The more one looks at this image, the more one uncovers interpretations and meanings.

Jason Borg’s capture of an Armed Forces of Malta guard (p.35) is evidence of a keen eye and a calculated handling of light. A group of tourists at a bus stop is another subject which has been well captured by Borg (p.43). The irony of seeing the tourists in holiday gear miserably sheltering from a thunderstorm in a bus shelter contrasts heavily with the usual good weather that our island is blessed and promoted with. Jokingly, a more humorous interpretation could be that the seasons changed while these hapless tourists were waiting for the bus!

In a more serious vein, the photojournalist has his work cut out when tackling ecological concerns. Lately, unfortunately, such subjects seem to abound and the photograph of dead fish in Marsascala (p.62) by Sant Fournier not only captures the moment but also tries to kindle awareness of such dangers.

Politics is a very hot topic in Malta. It could be our Mediterranean blood, so it is of no surprise to find a section allocated to this subject. The picture of freshly-elected Prime Minister Joseph Muscat saluting the crowds from the Palace after taking office is emblematic (p.64). The contrast with the staid classical architecture and the Grand Master’s bust adds that little bit extra to the image: what French philosopher Roland Barthes would term punctum. Punctum refers to those obscure parts or details of a photograph that tend to produce or convey a meaning without invoking any recognisable symbolic system. Matthew Mirabelli has surely seen the potential of framing his picture in this manner.

Another striking image of the new Prime Minister is that of Sant Fournier (p. 72). This is an exercise in keen perception also evidenced through Zammit Lupi’s daring crop in the image of Lawrence Gonzi and the newly elected leader of the opposition, Simon Busuttil (p.96). The image shows that compositional rules can be broken with a beneficial effect.

Leaving politics aside and discussing a more pictorial image, Zammit Lupi’s depiction of two Red Arrows aircraft is a fantastic example of capturing the ‘decisive moment’, as Henri Cartier Bresson so aptly coined images which freeze a fleeting instant at exactly the right time. The same goes for Mirabelli’s photograph on pages 106-107. The timing is just right.

Borg’s silhouette at the saltpans shows the effect of the photographer’s intervention. Here Borg has not tried to depict or document detail but has gone for using light and form to the best effect.

Zammit Lupi’s contribution on pages 122-123 also endorses his keen sense of composition and aesthetics. The use of tone, perfect exposure and the diagonal composition make this such a remarkable and striking image.

Mirabelli’s photo of the new aquarium (p. 143) is also another instant which ably portrays children’s enthusiastic love of nature . He has not gone for a cliché picture showing the new building or general structure but has rightly honed in on the human element to instil interest and encourage interpretation.

Another interesting and important segment of the book is the sport section. This genre of photojournalism has also seen a welcome growth in recent years. Photographers like Dominic Aquilina (football) and Kurt Arrigo (yachting) have again proved great ambassadors for Maltese photography. Paul Zammit Cutajar is also another very valid photographer who freelances for Times of Malta and so is also featured in this book. His enthusiasm shows through his images. The picture of the Birkirkara Football Club’s celebrations (p. 172) is an impressive photograph which, through its monochromatic and compositional factors, clearly brings out the fiery and celebratory emotions of that particular moment in time.

Naturally, there are many more images that require further scrutiny and appreciation but I prefer to leave a bit of curiosity to the buyers of this book.

Full marks go to the publishers for the support, belief and confidence they have shown for local photography with the continued publication of this series.

Just one last word: I know that printing and publication costs are high and it is not easy to commercially justify such books, but I would have loved to see this book graced with a hard cover. It thoroughly deserves it!

Mr Casha is the president of the Malta Institute of Professional Photography.