As the colourful fleet of buses makes way for more modern vehicles, Sarah Carabott joins Joseph Valletta, a bus driver for 55 years, on a journey through time.

Known as Ta’ Lazzru, Mr Valletta walks in pitch darkness towards Etienne Garage, Ta’ Bajadira, in Qormi at 4.45 a.m. Smartly dressed and ready for the long day ahead, he pulls open the heavy metal garage door, revealing the snout of one of Malta’s classic buses.

The 1956 Thames was initially built in wood but was restructured in metal some years later. It has been passed on from owner to owner and is now the property of Anthony Falzon from Qormi.

Mr Valletta, 73, hops on the bus and drives uphill through the deserted streets towards Naxxar, overlooking a sleeping Malta. The landscape, dimly lit by the very first streaks of grey sunrise, is dotted with bright orange lights.

The aged but clean bus weaves through narrow streets on its way to Għargħur to pick up the early birds on their way to work. It pulls up under a blue bus stage sign, in the shadow of a new Arriva sign that will guide commuters as from tomorrow.

Mr Valletta lifts up the seating bench adjacent to the dashboard and pulls out two placards bearing the number 5 to slide them in the bus-number frame behind the windscreen.

After informing the bus inspector on duty about his arrival, he gets back behind the wheel just as the soothing velvety colours of sunrise blanket the village. Mr Valletta loves driving.

At 12, he started out as a bus conductor. He got his driving licence at 18 and a special licence that would permit him to drive buses a few months later. Around 42 years ago he drove the bus, known as “Tax-Xejp”. He later got his own bus, which was passed on to one of his sons, and about seven years ago he started driving this same Tax-Xejp bus again. 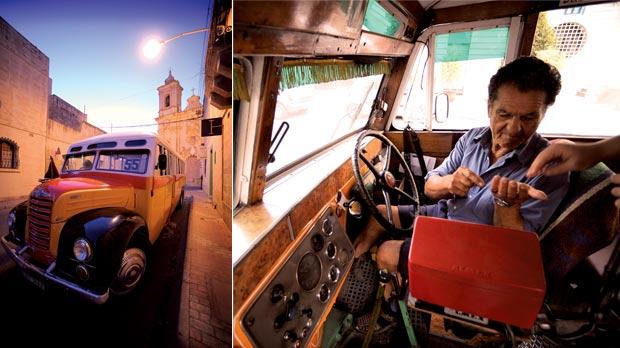 Passengers on board are welcomed by Mr Valletta’s sweet nature, held to be one of the rarest characteristics on Maltese roads. He thanks every single person who dumps the 47c fare on the man’s small outstretched palm. When he’s lucky, he gets to keep the 3c change from the 50c coin as a tip.

Vegetables hawkers are mounting their stalls. Languid sun rays tickle the passengers awake as some of them start bellowing out the “news of the day”. The topic on today’s agenda is without doubt the mystifying “Arriva buses”.

The passengers get noisier as the day grows older. Small talk suddenly sparks off a loud debate about “l-Unjoni Ewropeja”, Prime Minister Lawrence Gonzi and his colleagues.

When the driver has to deviate from his ordinary route, which is closed for traffic, the passengers eagerly guide him through. Clearly, the driver has no say in this matter. He nods, amused.

“They don’t bother me,” he says, “but when I notice that things are heating up I ask them to calm down as this is not a band club.”

In between the moans and groans of commuters, Mr Valletta gives directions to a lost passenger and gives a free lift to the old lady who needs to catch a bus to Mater Dei Hospital from a bus stop further down the road.

The “żomm waħda Chalie” (hang on Charlie) and the “minuta Pawl!” (just a minute, Paul) are never missing as workers stumble up the steps out of breath and sweaty but relieved they did not miss the first bus of the day. Some annoyed passenger shots: “Ejja ħa mmorru Ġuż!” (Let’s get going, Joe).

As the passengers yawn their way to Valletta, the driver sits up straight, concentrating hard on the road ahead, which is being gradually swallowed up by cars.

After the return journey from Naxxar and his second cup of tea for the day, Mr Valletta sweeps the bus clean of any tickets thrown on the floor by careless passengers. 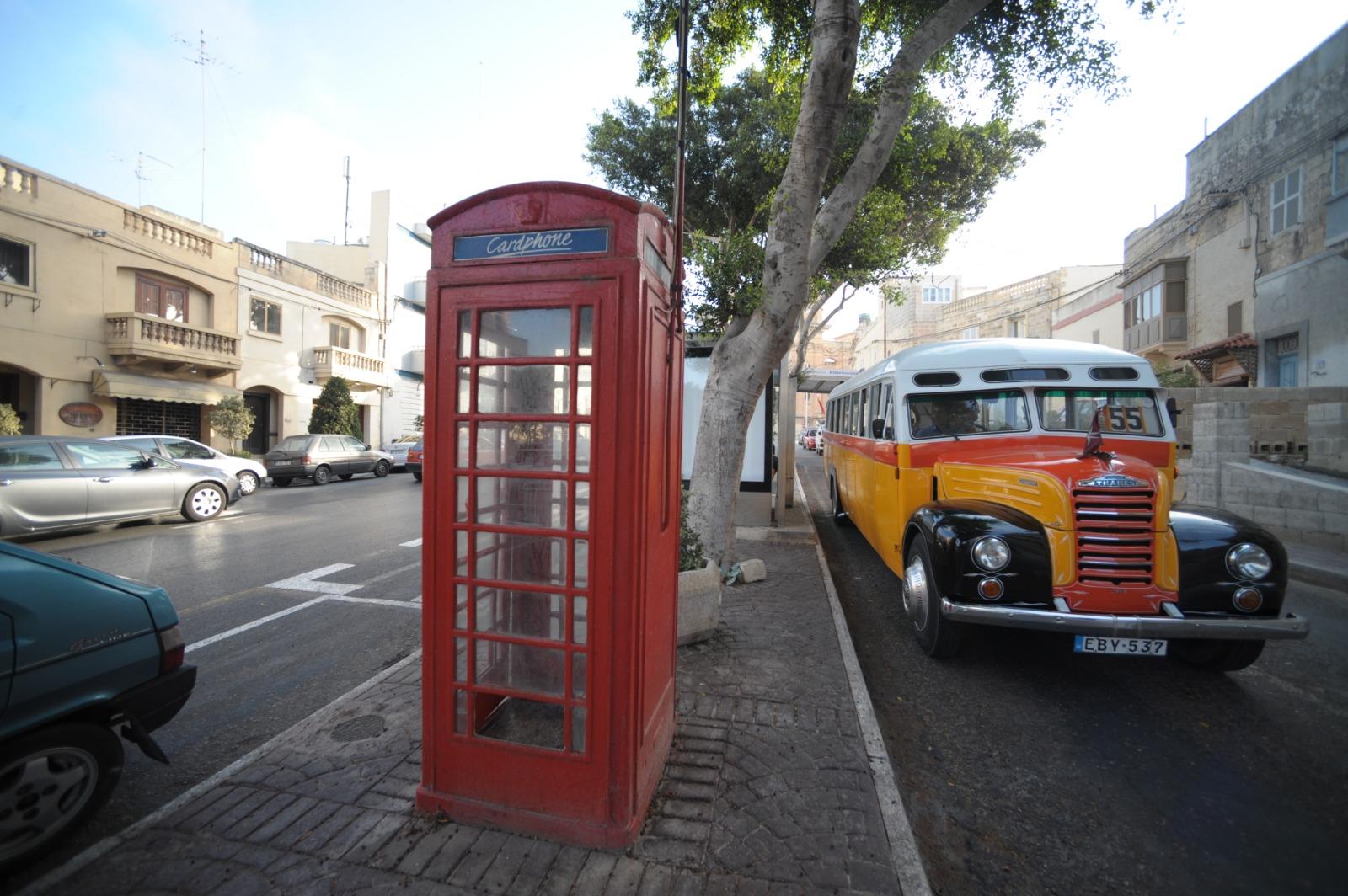 Under the present system, drivers usually get to drive the same route for the day but are assigned different daily routes. Although a bus driver’s day could last from 5 a.m. until 10 p.m., they work on alternate days.

Nonetheless, sometimes Mr Valletta has had to skip his days off, especially over the past weeks when the number of bus drivers thinned out as some joined Arriva.

“But I’m happy I could make the most out of the last few days. It had never dawned on me that the Maltese bus service would come to an end,” he adds, his gaze drifting over the red flag imprinted with a white Maltese cross flying proudly at the tip of the bus’ snout.

When the driver’s corner was once enclosed like a cabin, it had its own little shrine. Now, only a couple of holy pictures, accompanied by a Make Christ The Centre Of Your Life slogan are displayed on top of the windscreen.

Smiling, Mr Valletta says the bus is sometimes hired to escort people during weddings and he has no intention of retiring yet.

The day’s trip might be the last one the bus will make as a public transport vehicle but, starting soon, it will be taking groups of tourists around the bumpy Maltese roads.