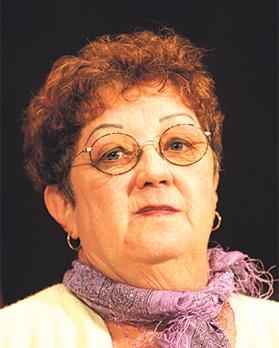 An impoverished young woman in Texas was pregnant for the third time. Her first child was being raised by her mother. The second had been given up for adoption at birth. This time she wanted an abortion. But in 1969 the procedure was prohibited under Texas law.

Two young enlightened lawyers in Texas, conscious of the constraints on women’s freedom of choice and the horrors of back-door abortionists, wanted to change the law and were seeking a client. It had to be a pregnant woman wanting to get an abortion. She could not have the funds to travel to California or New York for a legal abortion. Moreover, it had to be somebody who failed to qualify under Texas law that abortion was permissible only if the mother’s life was in danger.

After four years of legal wrangling the US Supreme Court ruled, in January 1973, by seven votes to two, that women in the US had the right to abortion “free of interference by the State”.

The landmark ruling paved the way for legal abortions since then, pitting liberals against conservatives, and leaving McCorvey as a pawn to be exploited by both sides of the argument. She found herself thrown into the world’s spotlight, a heroine to many, a ‘baby-killer’ to others.

McCorvey died a fortnight ago, aged 69. She had never had an abortion and was an accidental activist, although a totemic figure to both sides of the abortion debate. Her life was an unhappy one.

To the sensibilities of the majority of European countries, the pregnant woman’s dilemma presented by McCorvey would largely be a private one, an issue that she would wrestle with in her own conscience, ushering in a new era of equality in which women were in control of their bodies.

I am writing not simply to mark the death of the poor woman who struck a blow for freedom of conscience and the freedom for millions of American women to make their own choice in life by giving her name to ‘Roe v Wade’, but because in the US abortion was, and still is, a political and divisive issue.

There are wider reasons why the coincidence of McCorvey’s sad death is important. The first is because the composition of the US Supreme Court is about to change with a new Trump-appointed justice, possibly tipping the scales in a conservative direction. And secondly because it allows me to comment on the non-subject of abortion in Malta.

Of these, the US Supreme Court is the more important. As custodians and interpreters of the highest law of the US, the Supreme Court has become, in legal terms, the strongest organ of government. This is why there is so much interest in President Trump’s potential capacity to reshape a court whose legacy will almost certainly outlast his own.

Of the current court, there are five Catholics (about to become six) and three Jews. But religion rarely plays a part in the court’s judgements. For example, on the recent gay marriage judgement one Catholic voted against gay marriage while another, a Catholic wrote the majority judgment in its favour. It was not politics or even religion that put them on different sides. It was their different interpretations of the US constitution.

Nor do the justices of the Supreme Court necessarily vote on a party ticket. The expectations of presidents who seek out judges sympathetic to their own agendas are often disappointed. Judges – who must and do aspire to impartiality – cannot detach themselves entirely either from nature or nurture (and, no doubt, politics, too).

If, after the US legal system has worked its way through the arguments, a decision to overturn the 1973 decision is taken, Canada can expect a strong northward flow in ‘abortion tourism’ as American women seek clinics where they can meet their wish to exercise their freedom of choice and freedom of conscience unshackled by an anti-abortionist State.

Which brings me to Malta. Malta is the only country in Europe – apart from, unsurprisingly, the other micro-state, Vatican City – where there is nominally no abortion. The reason for this is not because it is illegal to have an abortion in Malta, but because there is essentially no pressure for its introduction.

Malta is most unlikely ever to introduce abortion simply because there is no call for it from civil society. Those women who want an abortion – perhaps 70 to 100 each year – get one by taking a flight to the United Kingdom or Italy and having it performed there. That has been the way in Malta for decades.

Unlike the introduction of divorce in Malta, for which there was patently a pent-up need and no remedy, abortion by those few who want it is already available. The ludicrous anti-abortion crusade in Malta is a mark of moral paranoia, a tilting at windmills, a non-existent problem insofar as the cry of abortion-in-Malta-by-the-backdoor (called a ‘holocaust’ no less) is concerned. Maltese anti-abortionists appear to suffer from a form of obsessional compulsive disorder.

I have followed with increasing dismay the misplaced and emotive language used by Maltese anti-abortionists – led overwhelmingly by post-menopausal females and, in their majority, by elderly males – on the question of the morning-after pill. Instead of sticking to rational argument and the science, anti-abortionists resort to the most disgraceful personal slurs aimed at those women who bravely won the right to exercise their human right for access to the morning-after pill in line with every other woman in Europe.

I don’t condemn anyone for being opposed to abortion. That is their religious view and I respect it. The problem is that these people want to impose their morality on others. In this case, they want specifically to impose their morality on women. They want to tell women what they can and cannot do with their bodies. To the extent that they succeed they will make life harder for women.

The old conundrum will never change. Women who do not want to give birth will invariably find some way of making sure they do not. That is why you have ‘abortion tourism’ between places that try to restrict abortion and those that facilitate it: Ireland and Britain, Malta and Britain, Malta and Italy. And if no such option is easily available then many women in desperation make much riskier choices.

Whether it is Muslim muftis who insist on women covering up their heads, or those who declare women should not use contraceptive devices to prevent pregnancy, the path to women’s equality and conscience of choice must be constantly fought for. The desire of people who infringe upon the autonomy of women in a way they would never do upon that of men never abates and never ceases to amaze.