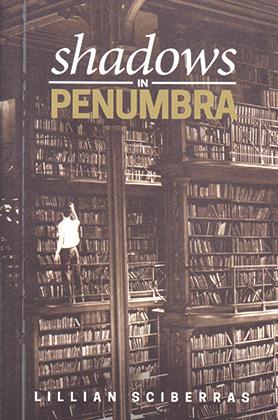 In this short and attractively written novel, her first so far, Lillian Sciberras has produced a cleverly constructed tale that combines vivid autobiographical reminiscences of a San Ġiljan so different from the mostly commercial tourist trap it has become, with a plot concerning valuable materials stolen from a foreign (Argentinian) national library, with a famous author, a distinguished librarian/bibliographer and other people (some honest, others not) connected with valuable books.

Zachary Thorne, a naval officer, gets to know Malta in 1938 and begins to love it when he is drawn into friendship by Francis, a shopkeeper who is also the father of the novel’s narrator, Linda. He renews the frienship after the war when he is now an academic librarian employed by the University of London and ends up buying a holiday house there.

He is also drawn to research, becomes a frequent user of Malta’s Royal Malta Library (now the National Library) and it is here that he gets to know one of its librarians, the Chevalier Calleja. Calleja was an elderly man whom elderly readers like me will recognise as being based on a real figure, whose wide knowledge of scholarly literature and important documents is matched by his vain showing off and also by his intuition regarding readers who are not trustworthy.

It is from him that Zachary learns about Juan Bautista Azopardo, a 19th-century Maltese seaman remarkable for his role in founding the navy of Argentinia and given by him a valuable hint about tracing the existence of Azopardo’s papers. With great persistence and also good fortune Zachary succeeds in finding them and makes his name when he purchases them for London University.

The Azopardo Papers, however, acquire a special value when it becomes known that the National Library of Argentinia has acquired a number of important and hitherto unknown papers by Jeremy Bentham, the famous English philosopher so closely associated with the foundation of University College London and whose mummy is still exhibited in the building of that same College. Zachary now finds himself his University’s emissary to Buenos Aires where he negotiates with the National Library’s Director, the great writer Jorge Luis Borges, an exchange of London’s Azopardo Papers for Buenos Aires’s Jeremy Bentham Papers.

Zachary has a good knowledge of Spanish and is well informed on Spanish literature. His meeting with Borges is thus of some moment to him, but he does not have the courage to ask Borges if he has truly written a novel the publication of which he is reputed to have aborted even after it has been printed.

As the novel develops the reader learns at different times and from different informers that on the day Zachary was at the National Library of Argentina, two of that library’s valuable incunabula were purloined and that the manuscript of Borges’s mysterious novel also went missing from the author’s office that same day.

Sciberras’s novel is now no longer an evocative picture of a strong friendship between Zachary, his wife and his daughter Miranda with Francis, Linda, and her mother, though this remains the book’s pleasant core. Zachary is revealed as being occasionally in touch with the supranormal as in some incidents of his friendship with another Maltese, known as The Baron, who is unusual not just because he has no normal home, but especially in the striking episode when Zachary sees Francis walking mysteriously in a Sliema street at the same moment as Francis died at home.

Zachary’s memory has retained the image of a sinister man with whom he has a fleeting incident in Buenos Aires, one that has stayed stamped in his memory, an image which has been repeated, he thinks, in a series of dreams in which the man has appeared to him. This man, we learn later in the novel, is an admired Swedish scholar and bibliographer who also has a shady and not widely-known existence as a person with great skill in purloining rare books and selling them at very high prices to very wealthy collectors.

The Chevalier Calleja has observed suspiciously this man when he visits Malta’s National Library, and even catches him trying to steal one of the Library’s rarest books, but, we learn to our surprise, he also suspects Zachary, another scholarly visitor, of planning something sinister in the library. The novel leads us on in an enjoyable uncertainty regarding Augustus Svensson, the dangerous purloiner of rare books, but is Zachary himelf beyond suspicion in this field? Even after his death from natural causes, his daughter and her Maltese friend Linda pursue trails that could lead them to the truth about this man they both love and the novel has a tease of an ending.

Sciberras has made sure she does not give us a story in which chronology is strictly observed, so the narrative does go back and forth, mirroring the workings of our memory. Even the narrative method can vary from the first person (Linda) narrative of a number of chapters, perhaps those in which the autobiographical content is stronger, to episodes, such as the very last, in which Linda’s narrative is in the third person. Is the author here making it clear that this part of the book is certainly fiction and not based on what has happened to her in reality?

Sciberras’s prose style is clear, vivid and sometimes lyrical when evoking a sense of place or a moment that suggests the mystical. Most readers will find it very readable and those of them who have had strong connections with librarianship will find in it an even stronger pleasure.