Deriving its name from the Italian word burlesco which means to joke, ridicule or mock, the original burlesque sweethearts were comedians who expertly managed caricature and satire.

Indeed, it was only thanks to our American cousins that the burlesque concept took the more raunchy turn and variety show format we know today. From the day it arrived on American shores around the 1860s to the 1940s, burlesque became renowned for its bawdy humour and female striptease and it was this spirit which the recently produced MalTease sought to recreate.

Produced and organised by Undine LaVerve, who has become a staple of the Maltese burlesque scene, MalTease did a lot more than just make an intelligent pun on our national name.

Despite the fact that I felt the show could have been shorter, this was not for lack of quality acts which had the audience either rolling in their seats with laughter or transfixed. Using Malta’s own history as a backdrop, LaVerve cleverly tied in the acts by Trixi Tassles, Busite LaTish, FrouFrou D’Absinthe, Fifi Gfrast, Henk Wolsswijk, Psychbella Camy, Rasmus Wurm, Lily DeLuxe, Larissa and Gwilym Bugeja.

The show took us on a journey through Strait Street, which was orchestrated to help build the confidence of the lovely Lily, who is in what appears to be an emotionally abusive relationship with a cheating boyfriend. While it was an interesting touch to have a defined storyline and an evolution of character of sorts, I did feel that even without the Lily motif, the show would have still been strung together in a coherent manner.

While many organisers sometimes get the mix of different acts blatantly wrong, I was particularly impressed by how the different performers gelled together, despite their differences of character and métier. From the velvety beginning given to us by singer Wolsswijk to the energetic paint dance by Physchobella Camy, the audience felt included and entertained by what was going on around them, and were able to relate to the energy being given out by the performers in bundles. Bugeja’s tricks, in particular, brought out the fun (and sometimes naughty) side in many of those present. 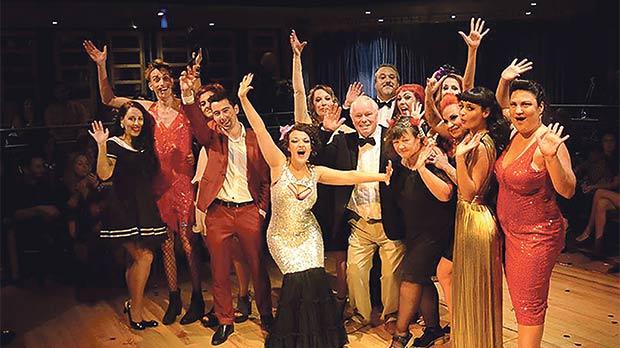 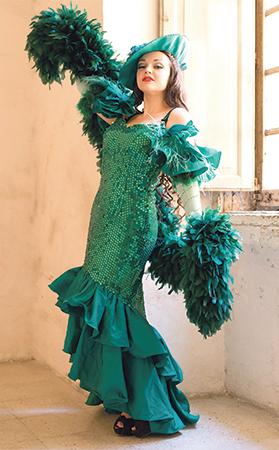 Something that I have always admired about burlesque in general is the confidence with which its performers come alive. Of particular note was Bustle LaTish’s Bridesmaid number. Starting with LaTish sombrely wearing a traditional looking, meringue-like, bridesmaid dress, it was comically gratifying to see her roll around on the floor in dismay, swig wine straight from the bottle and then end up stripping off and dancing to Destiny’s Child’s Survivor.

In short, she was every inch the stereotypical single girl bridesmaid attending her umpteenth wedding and enjoying it less than she should be. The piece balanced just the right amount of comic relief with some sexy moves, and the way she was able to interpret the character was nothing if not memorable.

Coupled with confidence and playful sense of humour, all of the acts we saw demonstrated high levels of skill and I was particularly impressed with Fifi Gfrast’s Fan Dance. Wildly popular on the burlesque stages of the 1920s, not only does a fan dance require considerable skill, but if its admittedly limited repertoire of moves is repeated too many times, it can have the unfortunate effect of boring your audience.

Gfrast’s particular offering was not only exquisitely pulled off, but she was able to give it a very distinctive characteristic thanks to her bubbly personality. Similarly talented, I also greatly enjoyed the Juggling and Yo-Yo offerings of Wurm, as he executed both with plenty of pizazz. And, let’s face it, there aren’t many people who can pull off throwing some pretty mean shapes with a yo-yo, whilst stripping to reveal a red sequined dress.

The fictional journey through Strait Street was an emotional one full of the life and laughter which the original Strait Street was so renowned for, and which has only now partially been recaptured thanks to the burgeoning restaurants and wine bars which fill its cobbled surface. Definitely bringing the tease without the sleaze, MalTease did not only succeed in its mantra of empowering men and women everywhere by allowing them to embrace themselves and express themselves in their rawest form, but it was ultimately a celebration of talent, humour and beauty.