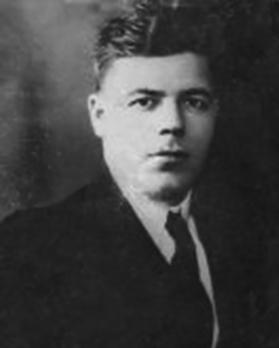 Cyril Butters was a 33-year-old steward from Żabbar.

When the news reached Malta that HMS Glorious had been sunk by the German battleships Sharnhorst and Gneisenau, many families felt the pain of the tragedy that war brings with it. World War II had just begun and Malta had suffered its worst naval disaster with over 50 Maltese naval personnel losing their lives in a fierce battle that lasted for over two hours.

HMS Glorious formed part of the Mediterranean Fleet and was therefore a frequent visitor to Grand Harbour, making use of the dry docks on numerous occasions. It was no surprise, therefore, that many British sailors met and married Maltese women. English surnames such as Underwood, Farrell, Butters, Jones, Linwood and Wadge now form an integral part of Maltese society.

On April 11, 1940, HMS Glorious left Malta after a brief period in the dry dock for routine maintenance. Its next port of call was Alexandria, Egypt. Little did the families and friends of the men serving aboard the HMS Glorious know that this was to be the last time they would see them again.

Many family members recount how their relatives seemed to have a sense of anticipation of doom and had left Malta with long faces and heavy hearts. On reaching Alexandria the captain of the HMS Glorious was given new orders to return back to the UK to join the Home Fleet. 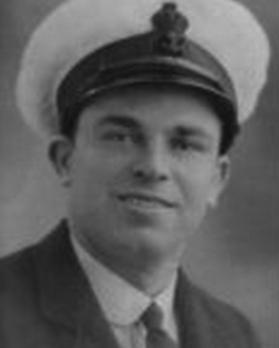 The Allies were making a heavy push in the north to try and halt the German advances in Scandinavia. The Germans needed to secure safe passage in the North Sea as well as the iron ore mines in Sweden and Norway. The Allies wanted the same thing and therefore needed to land its army and air force in Norway to prevent the Germans from advancing.

The Air force used aircraft carriers as aerodromes from which to take off and land. They attacked the German land forces, making the landing of the Allied forces easier. They also landed planes that were to form a land-based unit against the Germans.

This was to continue until June. However, the Allies soon realised that their position in Norway could not be held and a withdrawal was ordered. The same aircraft carriers that had helped in the landing of all the men and equipment now needed to bring them back to England where they were badly needed. 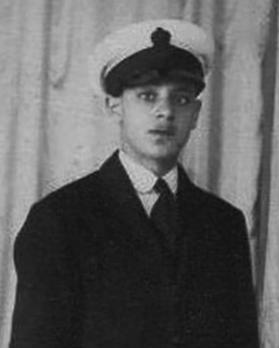 Two convoys were to be formed, and on June 7, Hurricanes from 46 Squadron landed on HMS Glorious without the use of tailhooks, something that had never been done before. Early in the morning of the June 8, the captain of HMS Glorious, Guy D’Oyly Hughes, asked for permission to head back independently to Scapa Flow. The permission was granted by vice admiral Lionel Wells on board the HMS Ark Royal.

The permission to proceed independently to Scapa Flow in Scotland was presumably sought because HMS Glorious was short of fuel. This was the official reason for leaving the safety of the convoy. This theory has been a subject of debate from day one.

The reason for HMS Glorious leaving the safety of the convoy was only changed in 2000 when it was stated that it had left the convoy in order for Captain D’Oyly Hughes to hold a court martial of his air force commander J. B. Heath. Sixty years of excuses, deceit and cover-up… who knows?

On the afternoon of the same day, the German battleships Sharnhorst and Gneisenau sighted HMS Glorious, and after a two-hour battle the aircraft carrier, along with its escorts HMS Ardent and HMS Acasta, were sunk, with a loss of 1,531 lives. At that time this was the British Navy’s worst naval disaster.

Many interesting stories unfold when one talks to some of the relatives of the Maltese men who died on HMS Glorious. Sharing some of these stories provides an insight into a few of these men and their families.

On the afternoon of June 8, 1940, the German battleships Sharnhorst and Gneisenau sighted HMS Glorious, and after a two-hour battle, the aircraft carrier, along with its escorts HMS Ardent and HMS Acasta, were sunk, with a loss of 1,531 lives

Vincent Zahra lost a brother, Carmelo, on the Glorious. Vince was only a young man at the time of his brother’s death, but such was his love for his brother that he continuously conducted research into the story in the hope that one day he may discover the truth behind the sinking of the Glorious under such mysterious and tragic circumstances.

Unfortunately, Vincent is no longer with us. He told me of the times when, as a young apprentice at the dockyard, he would go aboard HMS Glorious to talk to Carmelo, and his brother would talk to him about the magnificent ship and how happy he was working on it. 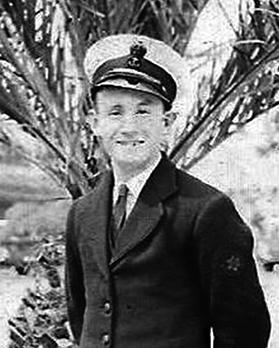 Francis Polidano, 20, was an assistant steward from Floriana.

He was so happy working on board HMS Glorious that when his other brother, Dominic, who was also in the navy, suggested that he should ask for a transfer so that they could be together on the same ship, he refused. He was very adjusted to life on board HMS Glorious, something that was soon to change once they came under the command of D’Oyly Hughes.

Carmelo Zahra was to be involved in the adventure of another Maltese member of the Glorious. This young man’s name was Giovanni Brincat. He was only 17 at the time of his death, making him one of the youngest crew members, along with Ramon Cuesta of Marsa, to die on HMS Glorious.

It so happened that at that time the ship’s chief petty officer in charge of the mess could employ civilians to work in the canteen when necessary. This was done with the captain’s permission and knowledge. Brincat was one of these men. When HMS Glorious sailed to Alexandria, young Brincat was still working on board.

When the captain received his new orders to sail to the UK he called Brincat and told him he was to stay ashore in Alexandria until a ship going to Malta would take him back. Brincat pleaded with the captain to let him stay as a crew member.

The last postcard Guiseppe Zahra sent to his daughter Mary. The message reads: “To my dear adorable daughter. This postcard is for you so that you will never forget me and always remember me.” 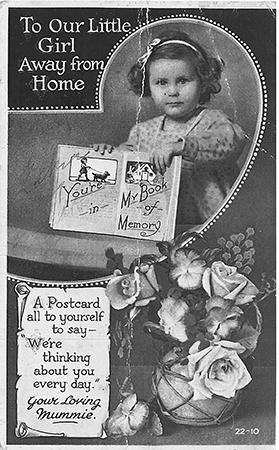 The captain informed him that he could not do so unless he had written permission from Brincat’s parents. He left the captain’s cabin and went back to the mess where he revealed all that had happened to Zahra. Brincat said he would try to convince his parents to write a consent letter, and if this was not possible he would write a letter himself and present it to the captain as if his parents had written it.

Zahra quickly wrote back home advising his family to warn Brincat’s parents of the danger he was placing himself in. Zahra knew that they were heading into the real war now that they were going to the UK. He advised them not to write a consent letter for Brincat.

However, fate was to play its hand and HMS Glorious sailed for England with Brincat still on board. How this happened will remain a mystery as no one knows what actually happened on board the ship.

My wife’s uncle, Francis Polidano, was also one of the young men to die on HMS Glorious. He was only 20 when he joined the navy, and HMS Glorious was his first ship.

At the beginning of the war in 1939, Polidano lost his father Emanuel, and felt a duty to financially contribute to the family. His mother was not happy when he told her that he had enrolled in the navy. His older brother Carmelo, who was himself in the navy, also expressed his displeasure. When Carmelo asked him why he was interested in joining the navy, the jovial Francis answered that he wanted to follow in his brother’s footsteps and be a naval officer like his big brother. Carmelo answered that when he enrolled he had done so in peace time.

What is puzzling here is that after the battle, the German battleships did not stop to pick up any of the men in the sea. The Royal Navy only acknowledged the sinking of HMS Glorious, HMS Acasta and HMS Ardent on June 10, a full two days after the battle. Therefore they certainly did not pick up any survivors. The only survivors were rescued three days later when, by chance, a Norwegian trawler picked up the few men still alive after three full days in freezing conditions.

The pain of knowing that your son had been in a battle and may possibly be held as a prisoner of war was to continue for more than a year, after which the British Navy acknowledged that all the men had been lost. The saga may have ended but the hurt continues because the reason why so many men died abandoned and frozen is still unknown to this day. 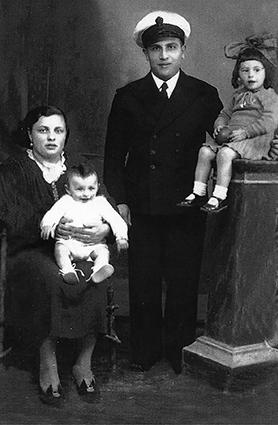 Zahra with his wife Polly daughter Mary and baby.

During one of our association’s annual services I had the pleasure of meeting the D’Agostino family from Gżira. Mary D’Agostino’s father, Giuseppe Zahra, was a young 27-year-old assistant steward on board the HMS Glorious when it went down.

Mary and her husband Vincent came over and she showed me three postcards that she holds in high esteem. The cards were the last received by her mother Polly. One of the cards was especially addressed to Mary. In it, he tells her that the card was for her so that she would always remember him. No wonder they are so dear and so close to her heart!

Continuing our conversation, I learnt that both Mary and Vincent came from navy families who suffered the deaths of their respective fathers. Vincent’s father Domeni­co was a leading steward on board HMS Grafton.

HMS Grafton was a destroyer being used to protect and ferry Allied armed forces from Dunkirk. The Grafton was torpedoed by U-62, killing the captain and another officer, 13 ratings and the canteen manager. Domenico was one of those killed in the attack.

Vincent and Mary’s respective fathers died within a few days of each other. Domenico D’Agostino died on May 29, 1940, and Giuseppe Zahra on June 8, 1940. The story regarding HMS Grafton and D’Agostino’s death will be recounted in another article.

The poem is recited at the association’s annual service by Edward’s daughter Cyra and one can feel the emotions in her voice as she expresses her father’s love for his father.

How are you, my father?
Flowers and portraits I cannot place for you
Although I want to do so,
But still you have my love
That has continued to deepen.

How are you my father?
You lie buried in the stillness and the darkness of the deep
That has snatched you…
And here I alone in my sorrow,
Satisfied only because I know
That you are in your element!

These are just a few of the interesting stories relating to HMS Glorious. There are many more captivating stories that can be recounted. If anyone wishes to share information about any of the men serving on the HMS Glorious they may contact the author.

Every year, relatives of the Maltese seamen who died on board HMS Glorious as well as other Glarac members from the UK, attend a memorial service at the Maritime Museum, Vittoriosa. This year the service will be held on April 3. For more information call Saviour Azzopardi on 7983 5319 or e-mail salvuazz@hotmail.com.

Saviour Azzopardi is chairman of the Maltese branch of the HM Ships Glorious, Ardent and Acasta (Glarac) Association.