The action adventure film is the latest adaptation of the story of the fictional character created by Edgar Rice Burroughs in 1912.

It is, however, unlike anything seen before as director David Yates, who was behind a number of Harry Potter instalments, imbues the film with special effects – which some critics say are the movie’s only saving grace, while others did not like them at all.

The film is set years after the man once known as Tarzan (Alexander Skarsgård) has left the jungles of Africa behind for a gentrified life as John Clayton III, Lord Greystoke, with his beloved wife, Jane (Margot Robbie) at his side. He has now been invited back to the Congo to serve as a trade emissary of Parliament, unaware that he is a pawn in a deadly convergence of greed and revenge, masterminded by Belgian  captain Leon Rom (Christoph Waltz). The latter plans to capture Tarzan and deliver him to an old enemy in exchange for diamonds. When Jane becomes a pawn in his devious plot, Tarzan must return to the jungle to save the woman he loves.

As already mentioned, critics were not too kind in Yates’s regard. Peter Debruge of Variety described the film as “a talky and mostly turgid attempt by British director David Yates to build on the epic vision he brought to the final four Harry Potter movies via another beloved literary hero.”

And Jordan Hoffman of The Guardian wrote: “Committed performances aren’t enough to save this film from uncomfortable colonial optics, uninspiring CGI and tedious plotlines.”

Warner Bros and Village Roadshow spent lavishly to update the jungle king stories, forking out some $180 million to produce the picture and millions more to market it.

The film earned $38.1 million on its opening weekend at the North American box office and made another $18.8 million from 19 markets, including South Korea and Russia. Higher profits are expected as the film rolls out in more countries. But will it earn enough for the producers to consider a sequel?

According to one critic, it won’t in the immediate future.

Chris Hewitt of Empire said: “Yates’s reinterpretation of the Lord of the Jungle is a big disappointment. It may be some time before Tarzan swings again.” 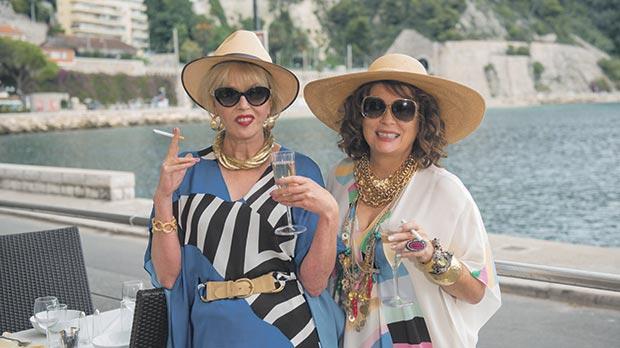 The duo, played by Jennifer Saunders and Joanna Lumley, are still living the high life when they are blamed for a major incident at a super fashionable launch party and are relentlessly pursued by the paparazzi.

Fleeing penniless to the French Riviera, they hatch a plan to stay there forever and continue living their glitzy life.

Wendy Ide of The Guardian wrote: “Eddy and Patsy are still a blast, but too many tired jokes and celebrity cameos pad out a painfully-stretched film.”

Guy Lodge of Variety was slightly more positive in his comments. He said: “It's not great cinema, or even peak ‘Fabulous’, but for a post-Brexit Britain in dire need of some cheering up, it more than does the job.”

The movie, in fact, scored the biggest UK film opening since the James Bond film Spectre, taking £4.4 million over its debut weekend. It  opens in the US on July 22, in Australia on August 4 and territories such as Singapore and Germany later in the autumn.