Malta always manages to spring a surprise. Even its geographic location is a bit of an exclamation mark, like the fortune cookie quote in the middle of two continental layers. And then there is the way in which it manages to send echoes which are louder than its voice. For instance, even if it is the smallest EU member, in recent years it has outperformed bigger economies. And wherever you go, there are almost always Maltese people making a name for themselves.

After working in the music industry and taking on executive roles at Orange, Nokia and Blackberry in London, Paris and New York, Gerard Grech is now CEO of Tech City UK, a government-backed organisation that currently supports thousands of digital tech companies in London and the rest of the UK. His surname is indicative of his Maltese roots. To be more precise, they are Gozitan roots, because Grech was born in Gozo and spent the first 13 years of his life there before moving to London with his mother.

Grech’s life story has parallels in the start-up world. In much the same way that from a small island, Grech found success in bigger pastures, start-ups start small. However, the most agile and disruptive start-ups achieve fast growth, some even becoming unicorns, that is, start-ups whose valuation exceeds one billion dollars.

Grech, together with Elizabeth Diaferia, project manager Commonwealth Tech Partnership and Richard Dennys, programme director at the Digital Business Academy, travelled to Malta, courtesy of Expedia, as part of the UK’s CHOGM delegation. Other companies were part of the delegation, including Kano, What3 Words, Code First Girls, Improbable and Pobble.

While in Malta, Grech also toured the TakeOff Business Incubator at the University of Malta, met with local start-ups and held meetings with representatives from the Malta Communications Authority.

“It is very encouraging to see local start-ups doing well,” he says. “There are a lot of creative ideas, which are critical to innovation. A country should encourage creativity, appreciate the value of ideas and, more importantly, encourage the development of intellectual property that helps power the digital economy. It is a country’s intellectual capital which leads to innovation in many sectors.”

Good ideas also lead to disruption and to new and more convenient ways of doing business.

A country should encourage creativity, appreciate the value of ideas and, more importantly, encourage the development of intellectual property that helps power the digital economy

“Start-ups question the status quo, which in turn inspires new business practices. Moreover, by default, digital start-ups are instinctively international in their outlook from the very first day, and this drive helps them make inroads into new markets. But it is not just start-ups who should question the status quo. Traditional businesses must respond to change in order to survive but more importantly, build new businesses and achieve new levels of profit.”

Innovation doesn’t just happen overnight. It is a journey. 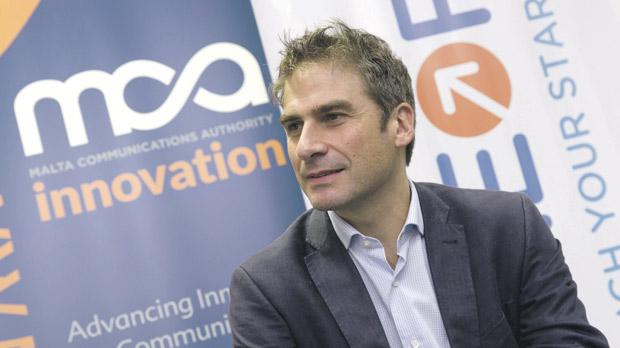 “Even failure is part of that journey. Failing fast and learning from that is an essential ingredient to faster growth when dealing with innovation, whether it’s new products, processes or markets.”

Entrepreneurs are self-driven people. However, they need a support system and the right environment in which to thrive.

“First of all, governments should shine a light on budding entrepreneurs,” Grech says. “Also, digital start-ups thrive in clusters and a healthy ecosystem. Moreover, start-ups need funding. Therefore, Malta must create the right conditions to attract funding and build a network of investors. These conditions include an attractive regulatory environment and a pool of talent.”

Attracting funding is not easy – however, it is not impossible. Grech is particularly impressed by Mighty Box, a start-up based at the TakeOff Business Incubator which earlier this year managed to raise $325,000, exceeding by a significant margin their original $27,000 target.

“This new economy is powered by four key drivers: infrastructure, including broadband and office space; talent and a digitally skilled workforce; public and private investment; and political leadership.”

These drivers contribute to a successful digital sector. The UK’s digital sector, which is the third largest after Silicon Valley and New York, is booming and is the fastest growing in the economy. It employs more than 1.5 million people and is constantly looking for new talent. Moreover, out of Europe’s 40 unicorns, 17 are based in Britain, and 13 of those are in London.

Tech City also manages Future Fifty, a fast-tracking scheme for the biggest tech companies, and the Cluster Alliance, which encourages digital centres to share best practice. Tech City, in partnership with leading UK educational institutions and organisations such as Cambridge University and University College London also launched the Digital Business Academy, which is one of the first government-supported online learning platform in the world, providing digital and business skills. The programme is open to all UK residents and in its first year of operations, has provided online lessons for over 10,000 graduates. Among other things, it also manages the Tech Nation visa scheme, which enables British digital businesses attract the best and brightest tech talent from around the world, in areas such as machine learning and artificial intelligence.

“It is through such initiatives that we continue to create the right conditions for the digital economy to thrive. It’s never been a better time to start and grow a digital business.”