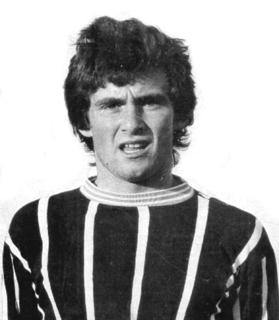 The late Simon Tortell played many fine games for Sliema but his best was probably the 1978-79 FA Trophy final against Floriana.

1978-79 was a turbulent season in the history of Maltese football.

With the on-going dispute between the Malta FA and the Ministry of Sport and the changes made that season in the league format, it seemed there were too many things happening at the same time.

As a result, interest in the domestic competitions was lost very early in the season and by May, when the FA Trophy was held, the sporting public had already walked away from football and prepared itself to enjoy the summer holidays.

That season the competition began in the last weekend of April with three preliminary matches.

In the first game, played on April 28, Ħamrun Spartans surprised the newly-crowned champions Hibernians, eliminating them in the first round.

Possibly still feeling the effects of their championship celebrations, Hibs looked jaded and were never in this game.

Ħamrun were by far the best team and Hibs did not even manage to create one decent attack throughout the game.

However, the Spartans had to wait until six minutes from time to snatch the winner.

In the other two preliminary round matches, Floriana and Valletta did not find any difficulty to beat Qormi 5-0 and Għaxaq 6-1 respectively.

Floriana waltzed through their quarter-final tie with a rather easy 4-1 victory over Marsa.

Sliema Wanderers, however, faced a far more difficult obstacle in Ħamrun. After their victory over Hibs, the Spartans had harboured hopes of winning the FA Trophy for the first time in their history.

They played a blinder against the Wanderers.

In the first half, they dominated play and it was only erratic shooting that let them down. However, they paid heavily for their wastefulness as, midway through the first half, J.J. Aquilina scored what proved to be the winning goal for the Blues.

In the second period, the Spartans tried their utmost to save the game but an unfortunate injury to Ronnie Cocks robbed them of their midfield inspiration. The Blues elected to defend their slender lead but the Spartans failed to profit.

In the other quarter-finals, Valletta beat St George’s 2-1 and Gozo XI won a keen encounter against Msida St Joseph 2-1.

An early goal by Ray Xuereb separated Floriana and the gallant Gozo XI.

After their goal, the Greens never looked like scoring again, so well did the Gozitans close the gaps to their goal.

In the other semi-final, the Wanderers beat Valletta 3-0.

A lot more was expected of the Citizens. However, they played one of their worst games for many a season. City’s defence was wide open, their midfield unimaginative and attack non-existent.

After Simon Tortell had opened the scoring in the first quarter of an hour, Valletta failed to make a reaction.

To make matters worse for them, Grima committed an own goal and two minutes from time, Mario Schembri completed the scoring for the Wanderers.

This game was way off a classic. It certainly was not the best final played by these two old rivals.

The first half hour was balanced but on 23 minutes Tortell hit home following an excellent pass from David Buckingham.

Ten minutes later, George Xuereb levelled the score but in their very first attack of the second period the Wanderers scored the winner.

Once again, it was Tortell who crowned a glorious afternoon’s work when he flashed home a low centre from Pandolfino.

It was a winner all the way and although Floriana tried hard to save the game Sliema’s resistance did not waver.