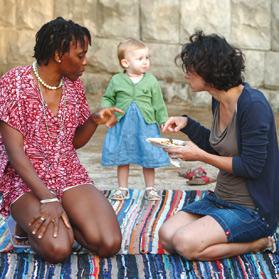 It was depressing to read the results of a recent survey of students at the University of Malta which found that over 33 per cent of students were not willing to share their campus with (black) irregular immigrants and that 40 per cent would not be comfortable living in the same street as a (black) immigrant.

Some students felt that the job market should be out of bounds to immigrants, with about 20 per cent against giving them equal work opportunities even if they were qualified and in possession of a valid work permit. Almost half the students surveyed agreed with the use of the government’s ill-judged pushback policy.

This is an unconscionable picture on every level. Perhaps the most dismaying aspect is that we are dealing here with the cream of educated young people in Malta who, one day, will make up our leaders in business, commerce, the professions and, God help us, in Parliament, too.

To the University’s credit, there was an immediate reaction from the authorities. The rector, Juanito Camilleri, said: “Any form of racism or racial intolerance is deplorable.” The University senate will discuss the survey’s findings at itsnext meeting.

The very opposite answers should have been expected from privileged students who, one would have hoped, would have the idealism, open-mindedness and compassion to know that mass emigration is a worldwide phenomenon; that it is the duty of any civilised country to protect those fleeing persecution and civil war; that the use of a pushback policy is illegal and inhumane; and that it is wrong to discriminate in the workplace on grounds of race, sex or gender.

The idealism of youth has already given way to the selfishness of their parents, whose views this survey undoubtedly mirrors. It also reflects abysmally on the education they received before going up to University.

I would have had more sympathy with the students had they stated that Malta faced huge problems because of its size and density of population; that the EU’s Dublin II agreement was grossly inequitable, worked unfairly against Malta’s interests and should be revised; and, above all, that the EU’s willingness to help Malta in coping with this challenge had failed disgracefully. If they were sufficiently informed, they would have added that the government’s efforts to influence EU member states had been woefully inadequate.

The students could also have legitimately argued that the phenomenon of black immigration to Malta is relatively new. Other countries in Europe have experienced it for the last half century, at least. They have had a chance to adapt.

For several years, after the first influx of irregular immigrants from mainly Sub-Saharan Africa in 2002, we were able to shelter behind the excuse that, unlike other countries in Europe with decades-long experience of black immigration, Malta came new to this phenomenon.

What we were seeing in Malta’s treatment of Africans was no more, we liked to think, than a natural reaction to the new experience of having people of a different colour in our midst. In time, we said, we would get used to their presence and become colour blind. This once semi-respectable argument is now wearing thin.

Evidence mounts that racism in Malta is becoming more rife, as the University students’ survey showed. There is increasing anecdotal and research evidence to support the contention that we suffer from both latent and explicit racism in our treatment of the 5,000 or so black Africans who have been given asylum or protected status in Malta.

A recent joint study by the UNHCR and the Aditus Foundation found that about two thirds of migrants who have been granted asylum or protection in Malta have no Maltese friends or acquaintances. Many live separate lives from their Maltese neighbours and rarely engage in social intercourse with them. They choose not to attend local public events because when they do they encounter racist attitudes. Malta, whether consciously or unconsciously, is practising an inexcusable form of racial apartheid.

Malta, whether consciously or unconsciously, is practising an inexcusable form of racial apartheid

The government’s efforts at integration have proved ineffective. Migrants face considerable difficulty in securing accommodation and fair employment, although health and schooling are better served. Many work for extremely low wages and do not report substandard conditions and abuse for fear of losing their jobs.

Another recent report, ‘Racism and related discrimination practices in employment in Malta’, presented to the European Network Against Racism (ENAR), supported the findings of the UNHCR/Aditus report. Racism presents the ugly face of Malta.

It was therefore heartening to hear the Prime Minister in his speech commemorating the anniversary of Freedom Day talk about the imperative need for Malta to “strive for freedom from prejudice”, stressing that change was also about fostering respect for those who were different. Bravely – for he was talking to core supporters who constitute many of those with the most deeply ingrained prejudices – he said that there had to be more focus on integration of migrants in Malta.

The increasing presence of black people in our society is now a fact of life. If the government, all political parties, the President, the Church and opinion formers fail to take steps now to ensure by their attitudes and behaviour – through a well-organised and properly funded integration policy and a sustained campaign of public education – that racism is stamped upon, we shall simply be storing up problems for society in the years ahead.

It is in Malta’s long-term interests to adopt a well-ordered and structured policy of integration and inclusion, not exclusion, of those who are already living among us. At its most basic, a policy of inclusion means that all those who have been granted asylum or some form of protected status should receive equal treatment under our laws and benefit equally in employment, housing, education, health and social security services.

Immigrants should enter the ‘mainstream’ of government administration – not be placed on the margins in a special category, with all the inevitable anomalies that this entails. This will mean, inter alia, overdue action to ensure immigrants’ entitlement to social and other benefits are formalised and enacted under the relevant laws. This makes sense not only administratively but also socially and economically. In an ageing population, the sooner we mobilise this largely untapped source of (young) legitimate labour the better.

‘Mainstreaming’ as it is known will be the first big test for the government. It means persuading all Cabinet members affected, from education and employment to finance, housing and social security, that this is a policy they will back to the hilt. Standing in the Prime Minister’s way, unless he resolves to be cooperative, will be the dysfunctional presence of the Minister for Home Affairs and National Security, one of whose overriding responsibilities is every aspect of irregular immigration. Unless there is complete Cabinet synergy on this issue, the integration project will be stillborn.

The change of tone from ‘pushback’ to ‘integration’ is greatly welcomed. It is fervently to be hoped that the leader of the Opposition will unreservedly pick up the theme. It is only through strong, bipartisan political leadership, backed up by strong moral leadership from a depressingly silent Maltese Catholic Church, that Malta can break out of its disgraceful racialist attitudes towards migrants in our society.