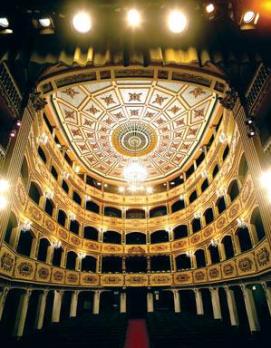 The grandeur of Valletta will be getting regular airtime on French music station Mezzo TV to promote the city’s International Baroque Festival being held in January.

Produced by Maltese video company Pineapple Media, the one-minute video will be shown four times a day for two weeks on the popular station devoted to classical music, which broadcasts in 39 countries to 16 million subscribers.

Animated by the first movement of Bach’s Flute Concerto in D minor, the video is a celebration of the baroque city whose majestic churches, palaces and vistas will form the backdrop to the festival.

It features some of the major venues hosting the 16-day event, including the Manoel Theatre, St John’s Co-Cathedral and the Grandmasters’ Palace.

The campaign on Mezzo is supported by the Malta Tourism Authority’s office in Paris. MTA has been promoting the festival in other European markets including Italy, the UK, Belgium, the Netherlands and Germany.

The first edition of the Valletta International Baroque Festival will be held between January 9 and 26.

Around 200 musicians and performers from some of Europe’s top baroque orchestras and ensembles will be performing.

They will include Opera Fuoco, Jeune Orchestre Atlantique, Les Talens Lyriques and Le Sainte Folie Fantastique from France, Combattimento Consort Amsterdam from The Netherlands, The King’s Consort and Orchestra of the Age of Enlightenment from the UK and New Century Baroque, a group of musicians from 11 different European countries.

The video may be viewed on the festival’s Facebook page, www.facebook.com/vallettainternationalbaroquefestival or http://vimeo.com/pineapple/baroque-festival