Trackage Scheme’s recent run of Sunday events at Razzet L-Aħmar, Sacred Noise, recently came to an end. Offering a weekly mix of alternative bands and DJs over the past few months, Sacred Noise was a consistent gathering of music aficionados that brought together followers of the rock scene with those from the electronic sphere, aiming to expand people’s horizons.

As normal as it may seem to mix rock and DJ sets, it is rare to see rock and electronic music sharing the same stage successfully in Malta. Trackage Scheme’s weekly dedication to bringing both worlds together was both brave and, logistically, never going to be easy. 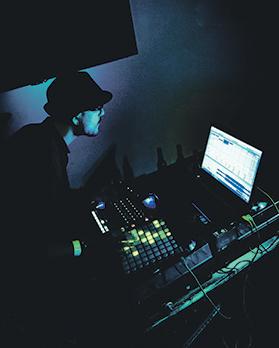 Trackage Scheme’s belief in supporting local talent and providing a space for artists’ music, has provided enough momentum for these events to continue consistently.

While having Frankie Calleja and The Ranch on the same bill makes a lot of sense, I was wondering how Chris Radium’s normally acid-influenced beats would go down with this crowd.

Razzet L-Aħmar on an early Sunday evening is a nice place to be. The great view of the Mosta Dome and the relative distance from any other establishments or houses lends to an appropriate ambiance.

As people socialised and smoked outside, Calleja started setting up. Within a few minutes people gathered in front of him, keeping the flow and pace of the evening steady. Calleja’s use of the guitar is exceptional. Each fret, string and indeed the body of the guitar becomes an instrument in its own right for Calleja, allowing him to create intricate and morphing melodies and beats alone. His finger play can be quite mesmerising and, seeing as the crowd was more rock influenced, his music went down very well.

Banjo Rancho, the talented drummer from The Ranch, jumped on stage for a jam with Calleja, leading to some very fresh beats. Banjo’s adept drumming has led to many a great jam and, even when he is playing recorded songs that you have heard a million times, his enthusiasm and way of drumming may still make it seem like he is improvising.

Even with good mixing and a suitable selection, a lot of Malta’s alternative scene is still not interested in certain types of alternative music

Describing The Ranch’s style is hard. They play with the speed of a prog rock or metal band, all three member’s hands flying furiously over the fretboards and drums, and the intricacy of their songs and cohesiveness of the instruments makes me wonder just how much time they’ve spent in the practice room. But they are less focused on making you headbang than they are on making you air guitar/drum, or just sit there stupidly, jaw agape, watching them go at it. 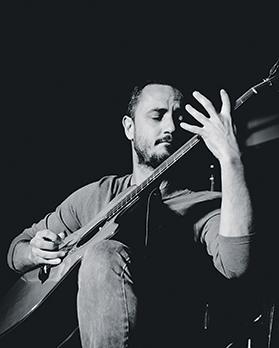 Kyle Drakard’s guitar work is especially a pleasure to watch, not least because of his own reactions to the music. Watching his face contort as he reaches for that last pentatonic note, grinning widely as he successfully pulls it off, with a nice little squeal added for fun, leaves one breathing out in relief on his behalf.

The chemistry of the band members is enough to make the gig enjoyable, with all three musicians obviously having fun with their music, but their music is very substantial. Pulling on a lot of different genres’ influences, they can speed up and slow down as will, seemingly not contained to the standard four by four bars.

A verse can lead into a two minute drum solo, a bass and guitar dual can lead into a chugging metal riff, at points, verse becomes chorus becomes one, massive long bar of freewheeling, fills, flips and three faces with smiles wider than five frets combined.

The musicians’ banter also gives a context to the fun, eclectic image they present, with the informal boyish humour both juxtaposing with and complementing their very talented music. The Ranch ended to applause and Chris Radium took to the decks. Opening with a correctly-pitched Moby track to follow on from The Ranch’s eclectic feel, he continued into a contemporary set that featured the likes of Chromeo and other bands that would be very accessible for a rock-influenced crowd.

While I understand some people might have needed a break after The Ranch’s energetic set, I didn’t know everyone did. And after said break, I thought it would make sense to come back in and finish of the night with Chris Radium’s upbeat set.

However, even with good mixing and a suitable selection, a lot of Malta’s alternative scene is still not interested in certain types of alternative music.

One of Trackage Scheme’s founders, Ben Vincenti, noted this as well. It is a testament to his belief in overcoming this boundary that he still ended Sacred Noise with a DJ set. I guess it’s true that you can lead a horse to water, but you can’t make it drink.

As Chris Radium played a catchy and modern set and fireworks exploded over the Mosta Dome in the background, I took comfort that most of the crowd, while having left the dancefloor, did not leave the venue. And, in between the plumes of smoke, I think I even made out some of them tapping their Converse shoes to the electronic beat.