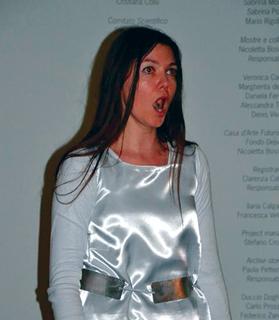 Music, visual arts, literature and gastronomy are coming together in one event, which is being organised by the Istituto Italiano di Cultura and l’Accademia Italiana della Cucina, together with the Italian Embassy.

The event will focus on the cultural heritage of the Dolomites and ancient Ladin regions. The idea was born after Massimiliana Tomaselli, Malta delegate of the Accademia Italiana della Cucina, saw Rottanara performing last year.

Rottonara has a distinguished career as a coloratura singer and pianist with a repertoire that ranges from Mozart to 20th century composers. Dolasila, which draws upon the myths and legends of the Dolomites, is her own composition, with the main inspiration being the legend of the Reign of Fanes. Rottonara in fact takes on the main role of Princess Dolasila in the performance.

Dolasila fuses multimedia sources such as art and video, poetry and literature. The project is based on an experimental opera, drawing upon the film score for the film Le Rëgn de Fanes (The Reign of Fanes).

It is narrated with an emphasised dramatic approach, made more interesting by the use of archaic melodies in an experimental style fusing that element with the modern.

Past and present, and dream and reality are intimately bound to the mythical atmosphere of the legend.

In 2007, the film score was awarded first prize at the Renderyard Film Festival in London and in 2008 Best International Film Score at the Garden State Film Festival in Asbury Park, the US.

The lyrics for the performance have been written by Verra, in what is probably a first where the Ladin language will be performed in Malta. Ladin has mainly survived in the Swiss canton of Graubünden (Grisons), in south-east Switzerland, with a few pockets surviving in the South Tyrol where once it was more widespread. The language originated with the Latin which was introduced by Roman legionaries in what was then Rhaetia, became part of the Roman Empire and displaced the Celtic and Rhaetian languages spoken hitherto.

Originally, the experimental opera was composed for soprano, choir and orchestra to lyrics in both Ladin and Italian and it must be the first such opera.

In September 2011, the opera was staged in Bolzano with Alessandro Arigoni directing the Orchestra Filarmonica Italiana and was then broadcast on Rai’s TV Ladina.

Dolasila will take place on Thursday at 6.30pm at the Italian Institute for Culture, Valletta.