Will assisted dying mean less suffering or more deaths? As the UK debates a Bill allowing doctors to prescribe lethal doses of drugs to terminally ill patients, Ariadne Massa questions whether Malta is prepared to put compassion before doctrine. 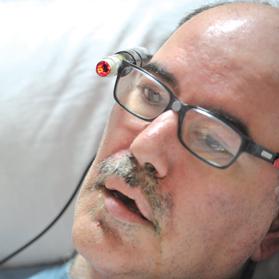 Life is sacred and medical advancements have succeeded in keeping people alive as long as possible, even when they are ready to say goodbye.

Tony Nicklinson, a British man with locked-in syndrome, had attempted to reverse this but his agonising plea for assisted suicide was thrown out by the British High Court two years ago.

However, his appeal touched the lives of many and the Assisted Dying Bill being debated in the UK this week is promising to bring some clarity to a complicated subject.

The former Archbishop of Canterbury George Carey entered the fray recently with a surprising statement that his “old philosophic certainties collapsed in the face of the reality of needless suffering” after witnessing the case of Mr Nicklinson.

I got to see my kids grow, even graduate, while my dad died when I was seven

But Manuel Longo, Malta’s only known case of locked-in syndrome, is less quick to decide and it is only when pushed to say how he would vote in a referendum that he concedes he would vote Yes, but only if “properly regulated”.

Locked-in syndrome is a rare condition where the brainstem is damaged by a stroke leading to paralysis. Few survive and when they do victims remain imprisoned in their own body.

Mr Longo, who lives at St Vincent de Paul, believes the right to die should be a choice, but it is not a path he would choose for himself. The 52-year-old is conscious of all that is happening around him – his mental faculties are all there, he can feel, taste, hear, see and smell – but he is completely paralysed and is unable to talk.

What does he make of the former archbishop’s remarks?

“I often think that living like this is quite useless and I try to keep myself busy not to think about it. I can say that I am not in pain so I don’t face ‘needless suffering’… In the Nicklinson case it might have been different,” he said, communicating via e-mail. He believes assisted dying should be allowed in cases of severe pain, where nothing can be done and where living only prolongs agony.

“Assisted dying is a tricky and controversial subject where every case should be judged individually,” he said. He cited an example where a blind man had locked-in syndrome and in this case he felt this was reason enough to want to end his life.

“In my case, I can use a computer… I can follow a TV programme and these keep me busy... I can’t imagine just staring at the ceiling.”

If he had to choose quality of life over his reality, what would it be?

“It’s hard to say... I got to see my kids grow, even graduate, while my dad died when I was seven,” he said, adding that he was sad when people chose dying over living.

Admitting that he was frightened of dying – “the great unknown scares me” – he insisted he could not judge those who preferred to die.

“Pain should not only be looked upon as just physical but also psychological and mental.”

Former Archbishop Carey said his “old philosophic certainties collapsed in the face of the reality of needless suffering” after witnessing the case of Tony Nicklinson. What is your view on this? 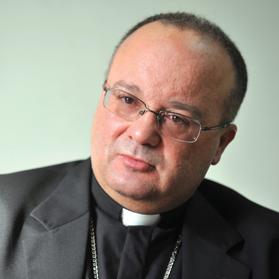 Charles Scicluna: It seems Lord Carey has made the emotional journey towards accepting euthanasia as a kind of final solution for persons with intractable pain...

Many claim that the movement to embrace assisted suicide as a public policy is led, not by suffering patients, but by the “worried well”; those who are terrified of the loss of control that illness and death bring about.

However, it is clinically proven that humans almost always want to live, even in the face of pain and adversity...

Lord Carey’s argument is based on emotions... it sees no meaning or purpose in suffering... it looks forward to no future beyond the grave.

Martin Scicluna: While never fond of bishops venturing into the political arena, my first reaction is of course to welcome any archbishop who sees the light and comes in from the cold. Archbishop Desmond Tutu, a Nobel Peace Prize winner, has also come out in support of assisted dying.

Former Archbishop Carey said helping the terminally ill is “not anti-Christian”. Do you agree?

Charles Scicluna: There is a Christian obligation to help terminally-ill patients by providing only that treatment which is beneficial. It is unethical to keep death waiting at the doorstep by providing life-support treatment beyond reasonable hope of benefit...

However, the intentional and wilful killing of the vulnerable, dying patient is not only anti-Christian, but also anti-human. There is no such right as the “right to die”. 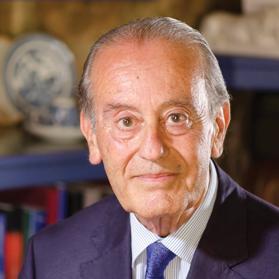 Martin Scicluna: I agree. Helping the terminally ill to die peacefully at a time of their own choosing is not “anti-Christian”. On the contrary, in the right circumstances and within carefully and tightly drawn rules, it represents the Christian virtues of compassion, charity, mercy, dignity, kindness and a humane and magnanimous society.

Assisted suicide – an essential bulwark against well-meaning but unwarranted judgements about the value of life, or the compassionate and caring thing to do?

Charles Scicluna: I quote St John Paul II: “Even when not motivated by a selfish refusal to be burdened with the life of someone who is suffering, euthanasia must be called a false mercy, and indeed a disturbing ‘perversion’ of mercy. True ‘compassion’ leads to sharing another’s pain; it does not kill the person whose suffering we cannot bear…”

Martin Scicluna: Undoubtedly, it is “the compassionate and caring” thing to do. Assisted dying of the terminally ill does not make human life any less sacred than it is already, simply more dignified, caring and compassionate.

Some question whether doctrine should come before compassion, dogma before human dignity. What do you think?

Charles Scicluna: There is no doubt that the doctrine of the sanctity of human life should take into account the patient’s quality of life. Though every human life is valuable, this does not mean that every human life must be sustained indefinitely.

There are limits and ethical boundaries on what medicine and biotechnology should do to preserve human life... Moreover, the belief that every human being has an inherent dignity, should respect the patient’s right to refuse treatment.

There is no compassion at all in the practice of mercy killing! What sort of compassionate society would we be creating if we were to allow the wilful termination of those who are vulnerable?

Martin Scicluna: “Doctrine” and “dogma” are probably responsible, both historically and in today’s world, for more harm than almost anything else.

Look only at the Middle East or Eastern Europe to understand this. “Compassion” and “human dignity” must be allowed to prevail in all cases. Those who talk of “doctrine” and “dogma” seek moral absolutes. But moral absolutes are rare. Even in the prohibition of killing, exceptions are made for taking life in a just war or in self-defence.

Have you ever encountered a situation where you were touched by the pain of a terminally ill person and wondered if assisted dying was the solution?

Charles Scicluna: I have witnessed many heart-breaking situations when a terminally-ill person is in severe pain. I have seen persons suffering with great dignity... Who am I to decide whether a person deems to live or to die?

Lord Carey wrote in the Daily Mail, some weeks ago: “Even the most devout believers will find their faith tested by the sight of a dying person in torment – especially when modern medicine could swiftly bring the torment to a merciful end.”

I am sure this is true. And I am sure, if anything similar occurred to my family, I would be tested, perhaps to breaking point – who knows?

But the one thing I know for sure is that I would not lie to myself and pretend killing another or assisting others to kill themselves is “medicine”.

Martin Scicluna: I have had no personal experience of seeing a terminally ill person dying in agony, but I have read with huge sadness of those who are imprisoned in the living nightmare and anguish of painful, wretched terminal illnesses. They wished to die but were legally unable to be helped to do so. They suffered a cruel death.

If you are opposed to assisted dying, would it be on religious grounds or out of concern for the vulnerable?

Charles Scicluna: The Christian cannot remain indifferent to human fragility since Christ came to share our human vulnerability. To be religious means to care for and to protect the weakest members of society. The legalisation of assisted suicide puts vulnerable people at risk, putting pressure on the old, and the very sick.

Martin Scicluna: Traditional religious concerns should play no part in this debate. Those who have religious scruples are not obliged to participate. I am in favour of assisted dying because I too am concerned about protecting the vulnerable. This is why it is absolutely essential that any law on assisted dying must be legally robust and must be underpinned by a system that includes counselling, psychiatric assessment and the agreement of several doctors that the patient is in his or her right mind, has less than a few months to live and is choosing death voluntarily.

Should we force terminally ill patients to an unbearable point?

Charles Scicluna: Definitely not. There is a moral obligation to withdraw or withhold life-sustaining treatment when it involves a disproportionately great burden on the patient or community, or when it is financially too burdensome for the patient, family, hospital or health service.

Only that treatment which offers a reasonable hope of benefit is morally permissible. Life is a fundamental value, not an absolute one.

To let nature take its course and to let the patient die by withdrawing or withholding useless life-sustaining treatment is morally distinct from intentional killing.

Martin Scicluna: Never. The judgement about “reaching an unbearable point”, as you put it, must be a medical one.

In a pluralistic society, the views of one religion should not be imposed on everybody, or anybody. Those with a genuine moral objection to assisted dying need not take part. Liberal societies rest on the principle of self-determination, so long as one’s actions do not harm others.

That said each society must find its own path forward. My own assessment is that it will be a long time – if ever – before Malta moves in this direction.