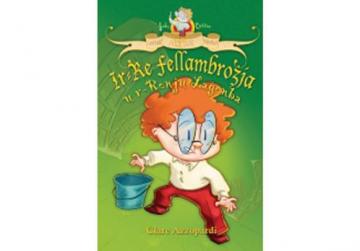 It used to be that Enid Blyton and the fantasy worlds she created were the only intriguing offerings available for under-10s with a penchant for fairies, magic and other enchanting creatures.

Both books are written in a delightfully informal and colloquial way, a style that Azzopardi achieves without sacrificing grammatical accuracy- Ramona Depares

Remember The Enchanted Forest, The Folk of the Magic Faraway Tree and The Yellow Fairybook anyone? With all her faults, Blyton certainly knew how to capture a child’s imagination.

I know comparisons are odious but still; as soon as I opened the two new books in Clare Azzopardi’s Jake Cassar series, I was immediately taken on a journey back to childhood afternoons devouring page after page of Blyton.

And I mean this in the best possible way, as the author brings nothing but happy memories and was also responsible to no mean extent for this bookworm’s life.

I’m sure Azzopardi’s endeavours will, likewise, leave a positive influence on today’s youngsters. For those parents who are still unacquainted with Jake Cassar’s exploits, it would be a good move to get the complete set of the previously published four books together with the new ones.

L-Ixkupa tar-Re Vonxkup takes Jake and his sister Mel to the Renju Udit (the Kingdom of Udit) where they have to help King Vonxkup rescue his son from the clutches of the evil Queen Fidelja.

Ir-Re Fellambrożja u r-Renju Laġenba finds Jake describing his adventures in a strange world where everything is askew, “much like the Leaning Tower of Pisa”, we are told.

Both books are written in a delightfully informal and colloquial way, a style Azzopardi achieves without sacrificing the grammatical accuracy of the language. Both stories cleverly combine the fantasy part of the plots with more realistic elements that all little ones can identify with.

There are the usual spats between siblings, the parental relationships and references to the little idiosyncrasies that children usually sport.

The design and presentation of both books contribute significantly to their overall attractiveness. Artist Mark Scicluna has created some pretty cool illustrations both for the covers and the insides of the book. The fonts are large and occasionally quirky, changing from the average script to cursive, to huge fonts according to the topic being discussed.

In Ir-Re Fellambrożja u r-Renju Laġenba the text is even tilted sideways to reflect the fact that everything in that kingdom is askew. The illustrations are plentiful so that you never get presented with one huge chunk of text. In short, it is very difficult for a child to get bored or restless while reading these books.

A great way to lure in children who still have to discover the joys of reading. The others won’t need to be convinced.