Single sex schools allow children to retain their “innocence” for longer, according to the headmaster of Eton.

Tony Little (pictured right) yesterday argued that teaching girls and boys separately means that they can “be themselves” until a later stage,

The top school leader will step down this summer as headmaster of the world-famous boys’ school, which counts David Cameron, the Duke of Cambridge and Prince Harry among its former pupils, after 13 years in the post.

“What I’m saying is in a single sex environment, you can allow innocence to last a little longer,” Little said, adding that “there are ways of talking about emotional development and about sexuality with single-gender groups, that oddly, and perhaps perversely, can get you further than in co-ed groups.”

A woman stepped into the shower this week to help ease the discomfort of stomach pains. She emerged holding a newborn.

Brittany Young, 24, knew she was pregnant and had recurring stomach pains. But it turns out Young may have misunderstood a hospital worker in December. Instead of being 12 weeks pregnant then, as Young believed, she had 12 weeks left.

“I got in the shower, not even five minutes after that, I was like, my stomach is still hurting. Not even five seconds later, I had to push,” Young said in Des Moines, Iowa. Soon after, her daughter, Miracle, arrived, weighing 6 pounds 8 ounces. 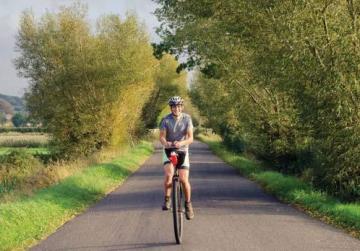 A man who aims to be the first person to unicycle around the world was only able to clock up seven miles on his first day – due to his egg sandwiches.

Ed Pratt, 19, headed to the start line of his 18,000 mile tour in Chilthorne Domer, Somerset, but realised he had forgotten his packed lunch on the way. His parents took the two egg sandwiches out of the fridge at their home in Curry Rivel and handed them over to Pratt to put in his specially made pannier bag.

He managed to cram the sandwiches into the full pannier but the zip split, meaning Pratt could only cycle seven miles before returning home. A friend offered to replace all four zips on his panniers and so Pratt was able to set off again, when he clocked up 40 miles to Weymouth.

Green water closet in the offing

UK researchers are developing a self-powered toilet which turns human waste into clean water and even energy to charge mobile phones.

The “nano membrane toilet”, being developed with funding from the Bill and Melinda Gates Foundation, aims to help bring sanitation into the homes of 2.5 billion people still without it in developing countries, without needing water supplies or sewage pipes.

The team at Cranfield University, Bedfordshire, say it could also be used in developed countries, for uses ranging from the military to luxury yachts, the construction industry or even as an odour-free alternative to the toilets widely used at music festivals.

State wildlife officers have resuscitated a five-foot-long sturgeon and cited the man who pulled the fish from the Sacramento River.

Janice Mackey of the Department of Fish and Wildlife said that officers spotted the suspected poacher along the river near Clarksburg last week. The man hooked a very large fish and drove off with it in the back of his pickup truck.

The officers immediately pulled the man over and brought the large, untagged fish back to the riverbed, where they rocked it back and forth, moving water over its gills. Fishing for white sturgeon, which are native to California, is highly regulated. They can live to 100 years old.