Xlendi, one of Gozo’s prime tourist areas, is becoming a walk-through rubbish landfill. Its bring-in site has been burnt, and open garbage bags with waste are spread all over. Bulky waste strewn all over pavements is the rule of the day, especially after weekends. 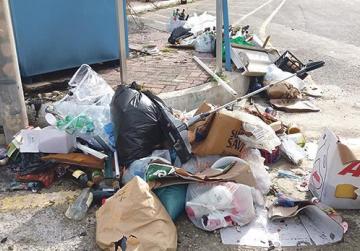 According to a recent Eurostat report, Malta generated 647 kilos of waste per person in 2016. This is more than 150 kilos above the EU average. It also means Malta is officially the second most waste generating country in Europe.

Why does Malta rank so high? Suggestions and possible solutions have been put forward by many, including student environmental reporters since at least 2014. The proposals were re­ported in the media and the responsible authorities were also contacted back then.

Unfortunately the situation has not only not improved but has actually got worse. Back in 2014, bring-in sites had been ‘converted’ into open-air dumping sites. Careless people actually made the recycling waste containers inaccessible by depositing mounds of garbage bags and rubbish at the base and all around them.

Numerous residents and young reporters suggested that security cameras should be installed to stop irresponsible dumping of non-recyclable waste but no cameras have been installed to-date. Enforcement was also suggested. 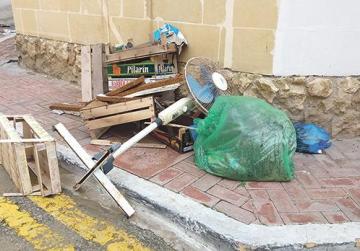 Once again, Munxar local council was contacted. The comments and concerns were politely listened to. The council fully acknowledged the waste problem Xlendi is facing is because of irresponsible dumping and littering.

The council’s reply was that it was doing its utmost to solve the issue by increasing the number of rubbish collection times and introducing environment wardens.

The Malta Toursim Authority office in Victoria was also contacted but the person there replied that it was not the authority’s responsibility to monitor waste disposal and littering in localities notwithstanding the fact that tourists visiting and staying in Xlendi commented on social media about the terrible state this seaside resort is in.

Unfortunately it seems this is not an isolated case. Similar tourist resorts such as Marsalforn are also facing the same problems.

This is due to the large number of people – tourists and locals – who stay there for the weekend and obviously have rubbish bags and other waste at the end of their stay, especially on Sunday afternoons. 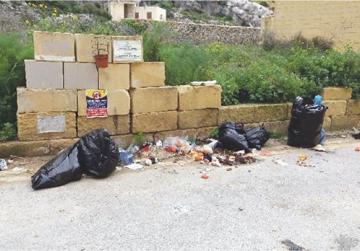 Litter left behind after a rubbish collection.

Although an effort is being made, it is certainly not enough. Finance may be one of the costraints, but it is necessary for everyone to pull the same rope and for enforcement to be increased threefold or more if necessary.

There is still a long way to go with regard to finding the right balance between rubbish disposal and waste collection, and the general upkeep of this small but beautiful spot in Gozo. We can all take the first step by reducing waste and recycling whenever possible, and when we have items to throw away, being responsible to dispose of them in the right way and in the right place.

This article was submitted by the Eco-School committee of Gozo College Middle School.