On Thursday, the Malta Philharmonic Orchestra will be premiering Reuben Pace’s latest composition during the Valletta International Baroque Festival. Iggy Fenech speaks to the team who will be bringing it to life.

Over the past five years, the Valletta International Baroque Festival has cemented its status as one of Europe’s best. The artistic director, Kenneth Zammit Tabona, however, has always been adamant that the festival needs to leave something behind. 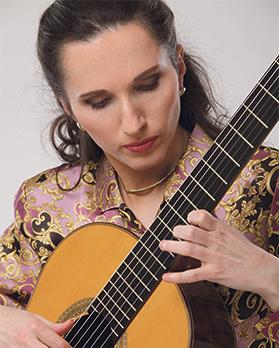 In fact, the creation of new compositions is part of that legacy and, this year, one of the most highly-anticipated is Reuben Pace’s Concert for Guitar, Harpsichord and Orchestra, which will be premiered during the Inspired by Baroque concert taking place at the Manoel Theatre on Thursday.

“To get into the idiom and baroque world, I spent a period listening to just baroque music and also browsing through innumerable baroque paintings to get myself into that world,” explains Reuben, who also composed the first ever Maltese multi-media opera Il-Kantilena (A 500-Year Old Lament, A Lament for Today), which was commissioned as part of celebrations for the 40th anniversary of Malta becoming a republic.

“The inspiration itself came from my two sons Rhys, 11, and Russel, eight, as their playfulness reminds me of the ornamental playfulness of baroque music. On top of that, the concertino is for two seemingly similar and yet very different instruments, just like my two sons.”

Inspired by Baroque, which will be performed by the Malta Philharmonic Orchestra (MPO) under the baton of Michelle Castelletti, will also include Bach’s Suite aus den Orchesterwerken, Respighi’s Antiche arie e danze per liuto Suite n. 3 and Piazzolla’s Cuarto estanciones porteñas for Solo Violin & String Orchestra. Soloists performing alongside the MPO will include the Carmine Lauri on the violin, Joanne Camilleri on the harpsichord and Johanna Beisteiner on the guitar.

“I was immediately fascinated by the idea of a contemporary composition inspired by baroque music and, when I listened to Reuben’s concertino, my first thought was ‘yes!’” says Johanna, who received her first guitar lesson at age nine and has since had Hungarian composer Robert Gulya create a guitar concert especially for her. The concert went on to be premiered with the Budapest Symphony Orchestra under the direction of Béla Drahos.

“I think Reuben has created a very exciting and tasteful combination of old and modern elements, and his piece is a great contribution for the expansion of the repertoire for classical guitar. I think this concertino has original rhythms that are based on baroque dances, but elaborated in a new way. Reuben also uses baroque ornaments in an individual way, which adds a special zest to the work… Not to mention that the combination of guitar, harpsichord and orchestra is very beautiful. It will be a great pleasure to play this work!” 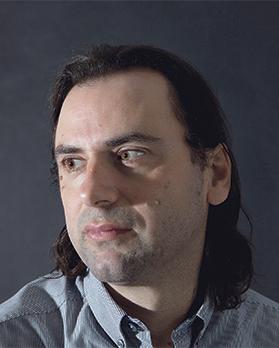 While this will be Beisteiner’s first time in Malta, her contribution to the festival is manifold and will include another concert entitled Bach Lute Suites at the Bibliotheca on Friday at 12.30pm. Moreover, following the festival, she will give guitar masterclasses at the Manoel Theatre every day between January 30 and February 23.

Conducting the MPO and the soloists, both for Reuben’s world premiere and the other three pieces, will be Michelle Castelletti, who has had a passion for baroque music since she was a child.

“How can one think of music and not think of Johann Sebastian Bach?” she says when asked about her love for the genre. “There is beauty, depth, majesty, grace and elegance in his music… And in all baroque music, for that matter. The genre has left an indelible mark and has taken music to its long journey. I mean, one can even hear jazz in Bach’s chromaticism.

“The Baroque Era left an immense legacy and has shaped music as we know it today. So much so that, 400 years later, we are still trying to re-imagine and re-compose Vivaldi. The richness of this period is extraordinary. Just look at the paintings.”

As part of this year’s Valletta International Baroque Festival, Inspired by Baroque will be a wonderful reminder of the importance baroque holds in world music history and how baroque, four centuries after it first became the vogue, can still be adapted to fit in our modern world. 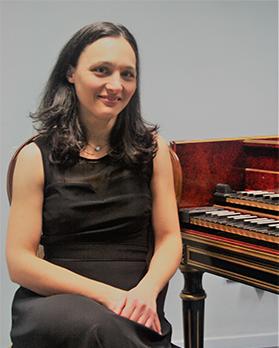 “Music in itself is universal, so baroque music, just like any other genre, still has a place in the modern world,” continues Joanne Camilleri, who will be playing the harpsichord on the night. “Although most people instinctively say that they have a particular affinity to the romantic era, for example, after attending a baroque concert they usually go out of the concert hall happily bouncing with the music’s characteristically infectious rhythms. Additionally, it is from where all subsequent music developed so even from a historical point of view, it has an allure, particularly when it is played on period instruments, which evoke the particular sound-quality of that era.”

Carmine Lauri agrees with Joanne, adding that: “Every musician, no matter who they are and what they play, including young modern composers, will always pay tribute to the great masters of music. Therefore, the music of Bach, his contemporaries (including his children), composers that lived before him, and those that followed, will always have their music performed and be part of our lives.

“Some music is truly immortal and beyond genius,” he continues. “So, we are never in danger that it will ever become extinct. I just keep hoping that people (especially younger ones) who are not given an opportunity to learn an instrument in life are, at least, given a better chance to discover this great phenomenal and rich music, starting with better accessibility to it.”