Seated on a panel with her fellow writers, Maltese-Serbian novelist Nataša Pantović has been known to use slam poetry to perform her poetic body of work.

Like her prose, the improvised words, tribal music, percussionist sounds, lengthy ‘aum’ chanting, are neither too preposterous nor too earnest but endlessly curious. A bridge builder between East and West, following ancient archaeological findings, she often dives into historic settings more than 2,000 years back in time.

In her novel, Ama: Playing the Glass Bead Game with Pythagoras, the 52-year-old author makes a bold swerve into less-travelled territory. She chooses for her protagonists  Ama, an African priestess, living in China’s Macao in the 17th century; Ruben, a Portuguese Jesuit priest; and Fr Benedict, an Orthodox Christian. 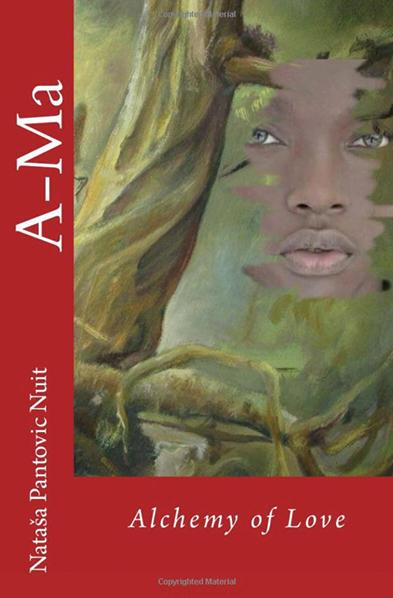 The book explores the rapidly-growing Macao, its changing sights, sounds and smells from different perspectives, from that of a bat to a goddess to a spirit. Its miracle and its enigma are within the worlds of inner alchemy of the Age of Enlightenment.

Can you tell us about Ama: Playing the Glass Bead Game with Pythagoras?

Both Hesse and Tolstoy were my first spiritual gurus. Through their deep insights and soulful messages, for the first time I experienced the world of spiritual growth and deep contemplation. Many artists have inspired my writings, the likes of Leonardo da Vinci, Lao Tzu and Giordano Bruno.  Pythagoras lived on the crossroads of civilisations, as I see us, and he has given us his fascinating research into music and numbers. With my deep respect towards ancient worlds, Pythagoras with his ancient Egyptian mystical knowledge had to be my protagonist.

In your novel, you follow the famous reform of the Chinese calendar during the 17th century. Can you tell us about your research?

I started writing this as a 17th-century novel. In this novel, it was easy to write from the point of view of the main character, a priest or Ama’s mother or a man without a name or a goddess, Lilith.

Holding up a mirror to society of ancient worlds can be fanatical or too obvious within the storytelling environment, so I had to break the rhythm with myths, with art, with dreams

I wanted to bring in the many first-person singular voices, starting with an animal ‒ a bat, as a story-teller, moving to Pythagoras, to people who meet Ama within the setting of her coffee house. This narrative framework is 50 per cent inspired by the ‘yin’ mindset; dreamy and emotional, and five per cent factual, male and mind-driven.

What is it within this black main character that fascinates you so much?

Ama lived with me for 10 years before I knew I would adopt two kids from Ethiopia, yet Ama as the main protagonist of the story has decided to be black.

Was Athens black at the time of the ancient Greeks or was it full of Slavs that during the Dark Ages were not allowed to have their own European history?

All my characters do have strong political, ideological and moral commitments, their ideas are ground-breaking; it is a science against the Church, male against female, East against West conversation.

Holding up a mirror to society of ancient worlds can be fanatical or too obvious within the storytelling environment, so I had to break the rhythm with myths, with art, with dreams.

This novel is, of course, about the search for truth, but from the goddess perspective, about love and union, of the priestesses that have given us the first commandment “Do not kill...”

In this novel you explore the Age of Enlightenment, and ‘Western’ ancient Greek philosophers. Can you talk about your use of the Eastern concept of ‘mindfulness’ in this context?

There are a number of ‘instant happiness’ gurus out there, I do not believe in a ‘get rich in a day’ message, but I do believe that if we learn how to listen to our soul, we will be able to live our highest potential.

We live in a rapidly changing world.  When I was born in Belgrade in 1968, at the time of no TV or internet, the population on the planet was one billion. Now they say it is seven billion.

The changes I have seen during my lifetime are huge. Emotionally, mentally and physically, we have to adopt different behaviour patterns, not just to survive, but to thrive without abusing other social groups or animals or endangering planet Earth.

The next stage, the stage of cultural life, is beyond the knowledge of more than 90 per cent of the population.

Having a percentage of the population that neither collects objects nor watches TV, nor reads newspapers, that is still capable of thinking, un-hypnotised, to appreciate art, or dance or sing, and is able to think creatively, is a part of my research fascination.

Nataša Pantović is a Maltese-Serbian novelist, management consultant, adoptive parent, and ancient worlds explorer based in Malta. Ama: Playing the Glass Bead Game with Pythagoras and other books by Pantović can be purchased on Amazon.