Every couple of months, Luigi Mifsud heads to the blood donation centre in Guardamangia to donate blood because he knows, firsthand, how lifesaving such a gesture can be.

Nine years ago Luigi, now 33, overturned with his car while driving along the Coast Road. During the collision he suffered a deep gash along the top part of his head.

As he was trapped inside his overturned Isuzu Gemini, his blood was quickly draining from the wound in his head. Paramedics rushed to the scene and administered a lifesaving blood transfusion while he was still trapped in the car. He was eventually taken out of the car after it was cut open. Miraculously, Luigi survived the accident with no broken bones.

“When you survive something like that you realise how short life is. Had I died that day, I would not have even realised. But I would have devastated the people who love me - my parents and my girlfriend. The blood transfusion saved me. Before the accident, I never thought to donate blood. But since that day I have been donating blood regularly and so have many of my friends and relatives. The donors who donated back in 2013 helped save my life. I want to do the same for others,” he says.

Timid in nature, Luigi is reluctant to give an interview but he agrees to doing so because he knows this can encourage people to donate blood - ahead of World Blood Donor Day on June 14.

The day of the accident

He recalls how it all happened on December 23, 2013. It was his last day of work at a job – as a mechanic with a big car company - and he was emotional about leaving his colleagues who he had worked with for several years. They went out for a late lunch to the Valletta Waterfront. His girlfriend, Janice, was also there. At about 8pm they decided to leave and meet at their apartment in Bugibba. His girlfriend was with her own car so she left and he was to follow.

But he had a problem starting his car so he left about 15 minutes later, followed by a friend of his who was heading in the same direction. When he arrived on the Coast Road – it became a blur. Luigi does not remember much of what happened yet. He is not sure why, but he lost control of the car, hit the wall and overturned near a bus stop. It was about 8.55pm. 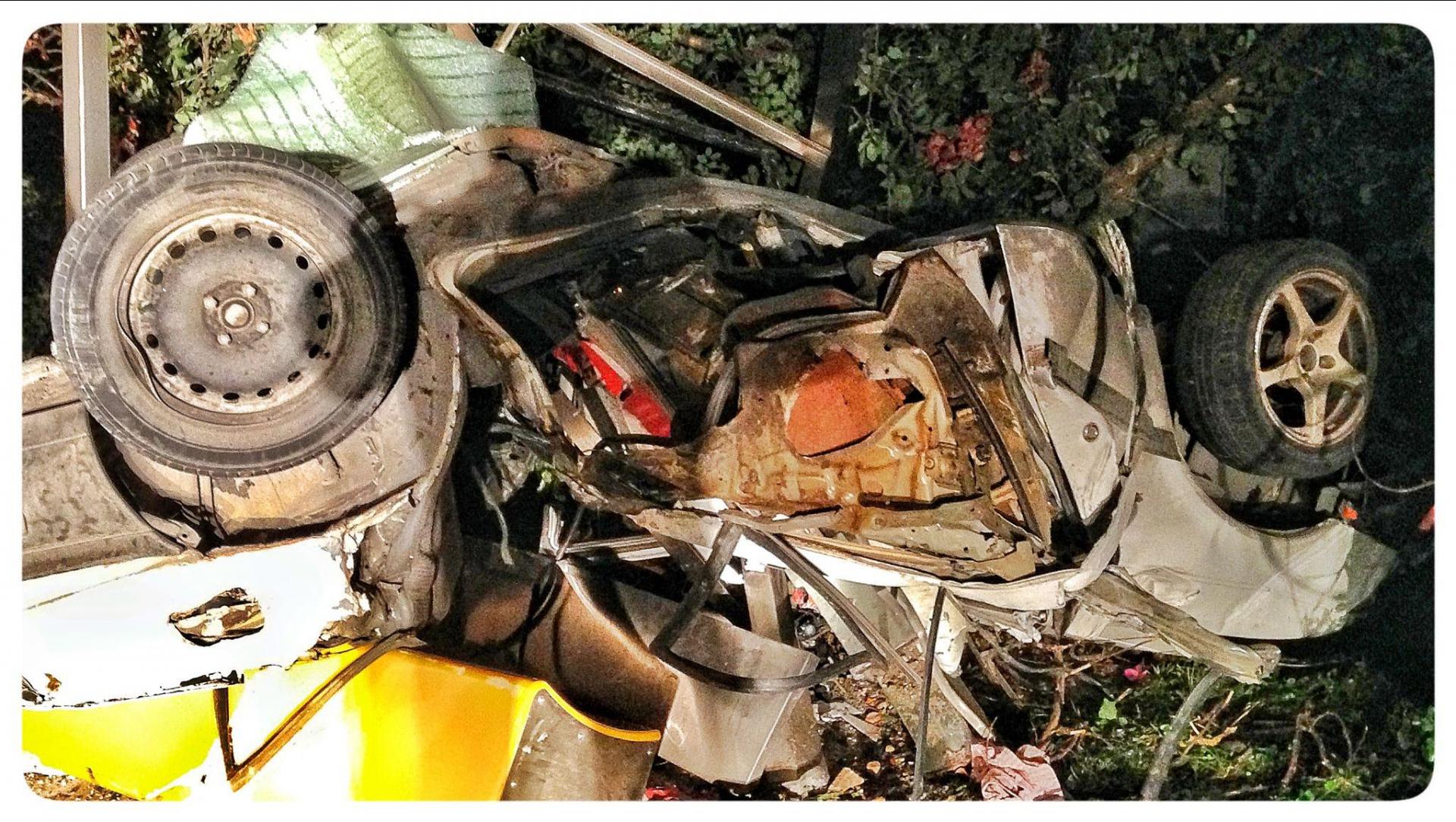 The wreck of Luigi's car.

“I remember waking up and I was upside down. I tried to open the door but could not. Then my friend, who was driving behind me, told me I was bleeding and should stop struggling with the door. Help was coming. I felt his hand on mine. It was comforting. That’s the last thing I know,” he says.

Luigi was taken to Mater Dei Hospital, after his car was cut open, where he was operated to close the gash in his head. On December 26 he woke up to see his parents and girlfriend by his side.

After the accident I appreciate life more. It’s easy to forget what happened. But I try to remind myself. And donating blood is one way of doing that.

His father told him about the accident and showed him photos of his totalled car. Luigi was discharged in time for the New Year. The new year also marked a new outlook on life.

“I learnt how valuable life is,” he says. Back then Luigi started his new job. But he soon realised that he missed working with cars. So he returned to his former job where he still is today. “I love working with cars. That is my passion. Life is too short not to do what you love. After the accident, I appreciate life more. It’s easy to forget what happened. But I try to remind myself. And donating blood is one way of doing that,” he says.

A first in Malta

Luigi was the first person to ever have been given a blood transfusion in the prehospital environment, explains consultant emergency physician Jonathan Joslin.

“Luigi was found still strapped by his safety belt upside down whilst fully entrapped within the wreckage of his car. A sizable laceration to his head was noted which was bleeding profusely, resulting in the medical state of hemorrhagic shock with extremely low blood pressure.

"The responding medical team entered the car and managed to cut the seatbelt releasing him down, to what was the roof ofthe car, and a blood transfusion was initiated by the emergency medical responders whilst he was being extricated by members of the Civil Protection Department. This was a lifesaving procedure due to the critical state he was in. We just could not wait till he got to hospital. One could state that we got the hospital to him in view of the physical entrapment,” said Joslin who spoke afterobtaining permission from Luigi.

That night paramedics gave Luigi two units of O negative blood – the universal donor type of blood – to replace the blood he had lost. Joslin elaborated that, since then, this procedure was carried out about four times in the prehospital field. Infusion of blood is an important feature in the guidelines of trauma management. Usually, in cases of trauma haemorrhagic shock management, the infusion happens in the Emergency Department resuscitation room as response times to hospital are relatively short.

The entrapment situation changes these rules. Prehospital transfusions are reserved for these specific cases where a detrimental delay for definitive care is present due to entrapment, he said.

Over the past year 16,750 people donated blood of which 1,203 were first-time donors, explains Tony Micallef who is a practice nurse at the National Blood Transfusion Service. He explained that the service operates on a demand and supply basis and requires about 50 units of blood per day, and around17,000 units yearly.

For more information about blood donation or to become a donor visit www.blood.gov.mt or email customercare.nbts@gov.mt.

This story was first published in Sunday Circle, a Times of Malta publication.