A strong belief in the value of good journalism has led art director Gattaldo to create a website that introduces children to the subject, in the run-up to the October launch of his picture book aimed at spreading the story of assassinated journalist Daphne Caruana Galizia. Fiona Galea Debono reports.

London-based author and illustrator Gattaldo feels it is crucial to educate the young to know how to interpret information and reach an informed decision, equipping them with tools to detect disinformation. This is why fearlessdaphne.com was born.

“I owe this to Daphne but, above all, I owe it to our young. They’re growing in a society that seems to reward the opportunists and the unprincipled. They need to know that honesty and the quest for truth ultimately make for a better world.”

It is his hope in the new generation that drove him to create both the website and the book, Fearless – The Story of Daphne Caruana Galizia, published by Otter-Barry Books and endorsed by Amnesty International and Reporters Without Borders.

“It is difficult to believe my generation can change. We are too comfortable and too fixed in our ways. But there is still hope in the young,” Gattaldo maintains.

The author chose to direct his book about Caruana Galizia towards children when he saw how the story of her fearless journalism stirred the imagination of his niece and nephew. The idea was spurred by a simple, honest question from his eight-year-old niece: ‘Who was your friend?’

Gattaldo’s friendship with Caruana Galizia started with a letter he wrote her when she was still a working mother of three in her 20s and he an arts student abroad. They were worlds apart.

It was inspired by “the feeling you get when you read something and think the writer has read your mind”. Surprisingly, she wrote back, starting a conversation that developed into a friendship… until she was blown up in her car on October 16, 2017.

That day, Gattaldo was on a flight to Malta. His father greeted him at the airport with an ashen face and the news that she had been murdered.

“It was more than the loss of a person dear to me. Daphne also represented the fight against corruption I had wriggled out of. I felt she had stuck her neck out for me; for everyone who believed in a better Malta.

“I had left the island at 20 to study, but also because there were things I did not like about it, and I was not ready to relinquish any opportunities to stay on and try to change them.

“Perhaps at a deeper psychological level, Daphne represented ‘my battle’ and suddenly she was gone. Had mediocrity, corruption, nepotism and bigotry won? I felt bereft of my homeland and my friend in one go.”

Gattaldo never expected the book would also help him come to terms with his grief and understand what their friendship meant to him. It was emotionally draining, but it also brought catharsis.

The fight for justice

Gattaldo feels the “complicated web of deception and corruption that is so established within the system and, worse still, within the culture”, means it is difficult to make sense of it all.

“The danger is that we give up when faced with the new information emerging each day.

“Can we trust what comes from the mouths of murderers and enablers? What is certain is that many are involved, and it is journalists and civil society who need to keep on fighting to get rid of the rot. And we also have to accept that this same rot has set within us… and props up the rot at the top.” 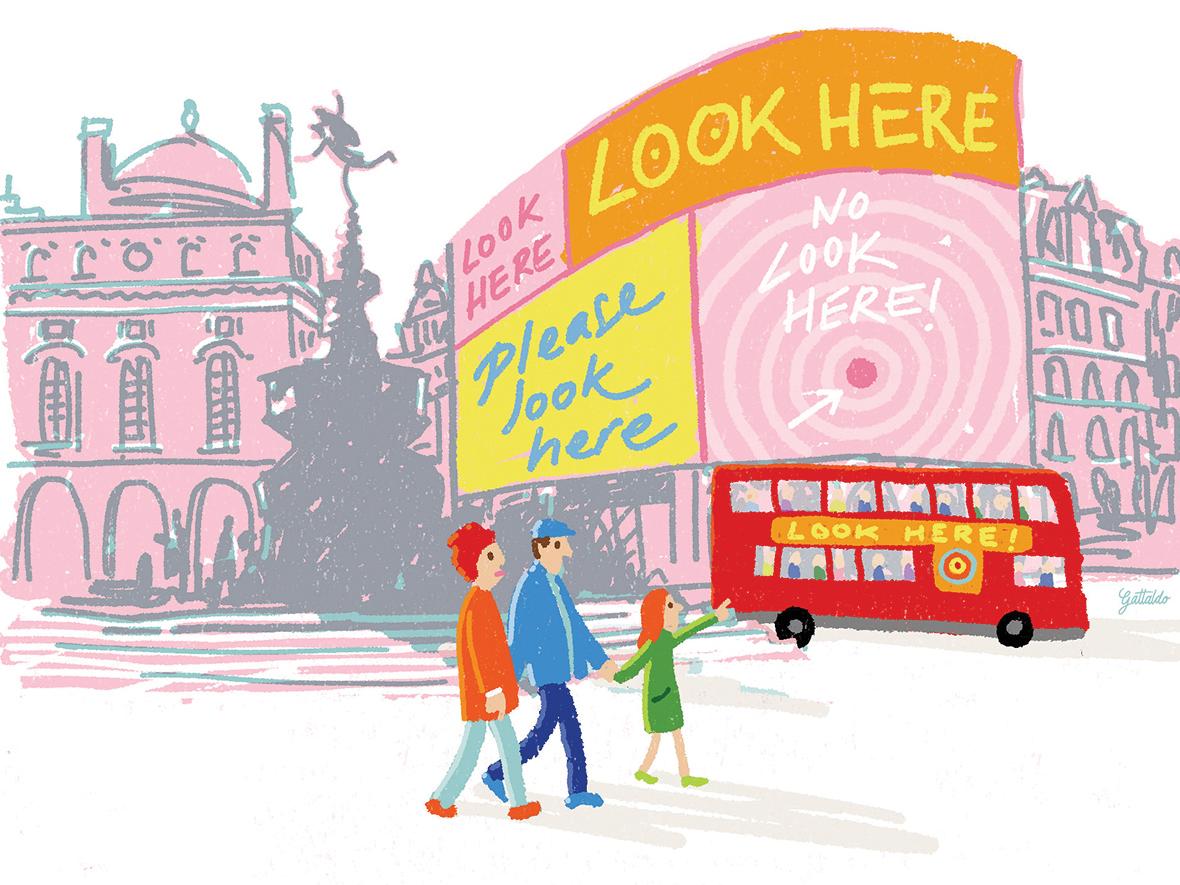 An illustration from Fearless Daphne: With so much information targeted at us, which do we trust?

How to appeal to the young

His niece’s question drove him to experiment with how to tell Caruana Galizia’s story and convey her belief in journalism to children.

He drew on their love for detectives and investigators; on their incessant questions until they get to the bottom of a dilemma. Investigative journalism is only a step away from that, Gattaldo says.

“I don’t think we appreciate how vital journalism is to society and democracy in an era where misinformation has triumphed and lies are an acceptable part of politics.

“Our minds are wired to believe information that fits into our prior beliefs and values – what we call confirmation bias. It is clear we need to start early to programme ourselves to be more critical of information; to learn how to look out for signs of misinformation; to find the original sources and fact-check...

“Essentially, we need to learn what makes a good journalist and use the same methods ourselves. It must be part of our early education and some schools are starting to introduce this.”

The website is a work in progress and Gattaldo is now looking to finance and develop it into a more useful learning source for schools and students, working with teachers to create downloadable fun activity sheets on journalism and other resources to be used in class visits in Malta and the UK.

Fearlessdaphne.com celebrates “journalists who keep us well informed and who ask the right questions…” because “we need good journalism more than ever”.

It outlines the dangers they can face and why they should be protected, with award-winning journalists and human rights campaigners explaining concepts like opinion writing in a language kids can comprehend.

Gattaldo urges teachers and parents to visit the site with children to help get the message across and share any feedback on how they are interacting with it.

“If we do this journey with our children, we’ll all learn something. I know I have.”