A fleet of bright, beautifully-restored old Maltese buses can lately be seen on Maltese roads again. They’re not, however, picking up passengers from bus stops but are operating as part of scheduled vintage tours from Valletta to St Julian’s and back.

“The old buses were replaced almost 10 years ago now [July 2011], so anyone under the age of around 14 will not remember the delights of our old buses,” Manuel Cutajar, director of the Vintage Bus City Tour, said.

“Now there is this opportunity for all generations of a family to go back in time together to sample buses the way they used to be.” 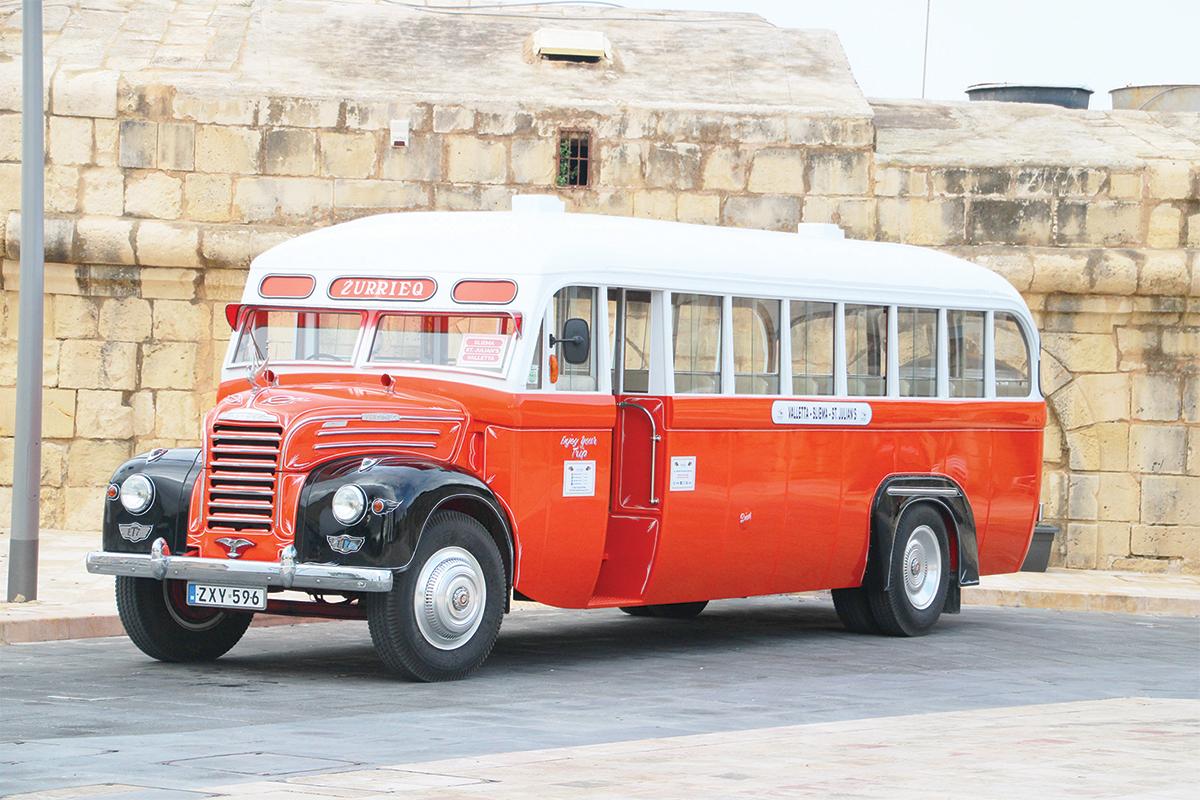 Orange was used for the old buses on the Żurrieq route.

All the buses in the fleet have been lovingly restored to the highest standards and painted in the old route liveries that were used until 1973.

As well as the two-tone green and white bus of the Sliema route, there is a bus in orange that was used on the Żurrieq route; a brown one, which was used for the Mosta route; one in red and blue, the colours that were used on the Żabbar route; and one retains the yellow, orange and white colours that the buses were painted in between 1995 and 2011 − themselves based on the old Żebbuġ and Siġġiewi livery.

The tour route runs from beside the Triton’s Fountain, outside City Gate into Valletta. It initially follows the road around the Valletta peninsula, for passengers to enjoy the views of the Grand Harbour. 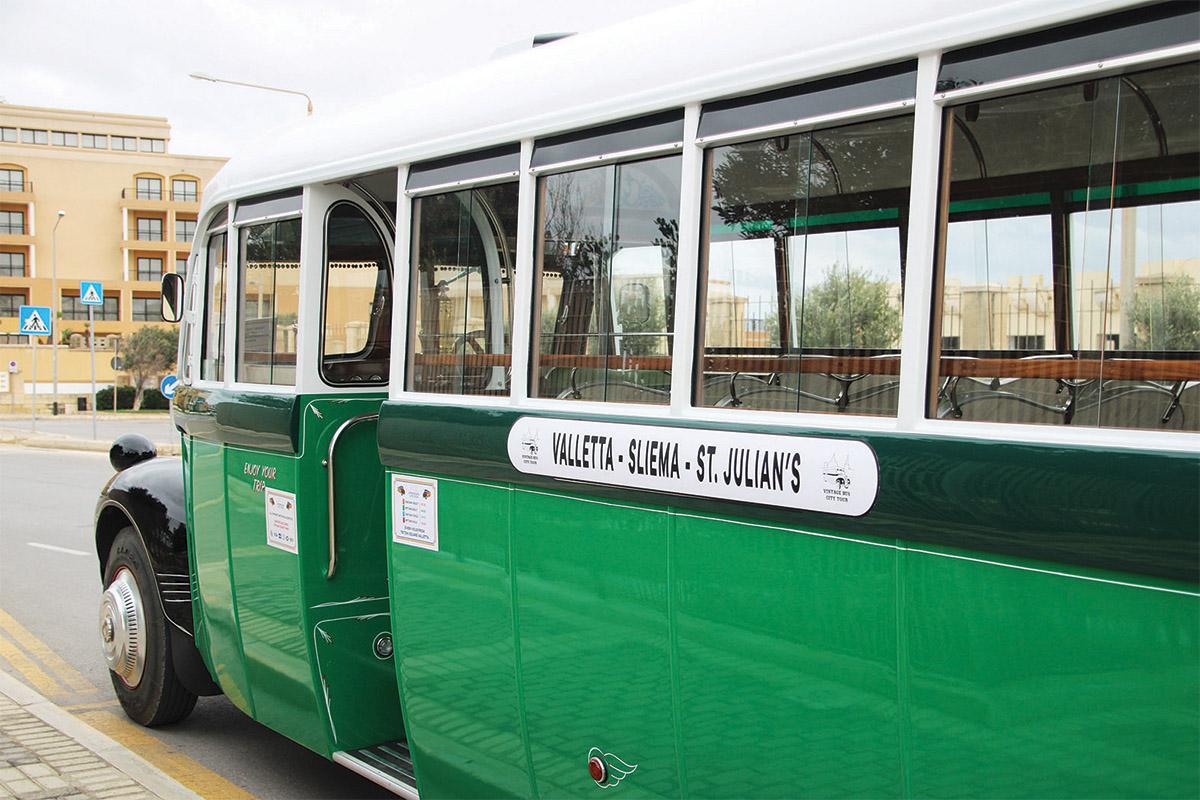 All the buses in the fleet have been lovingly restored to the highest standards. 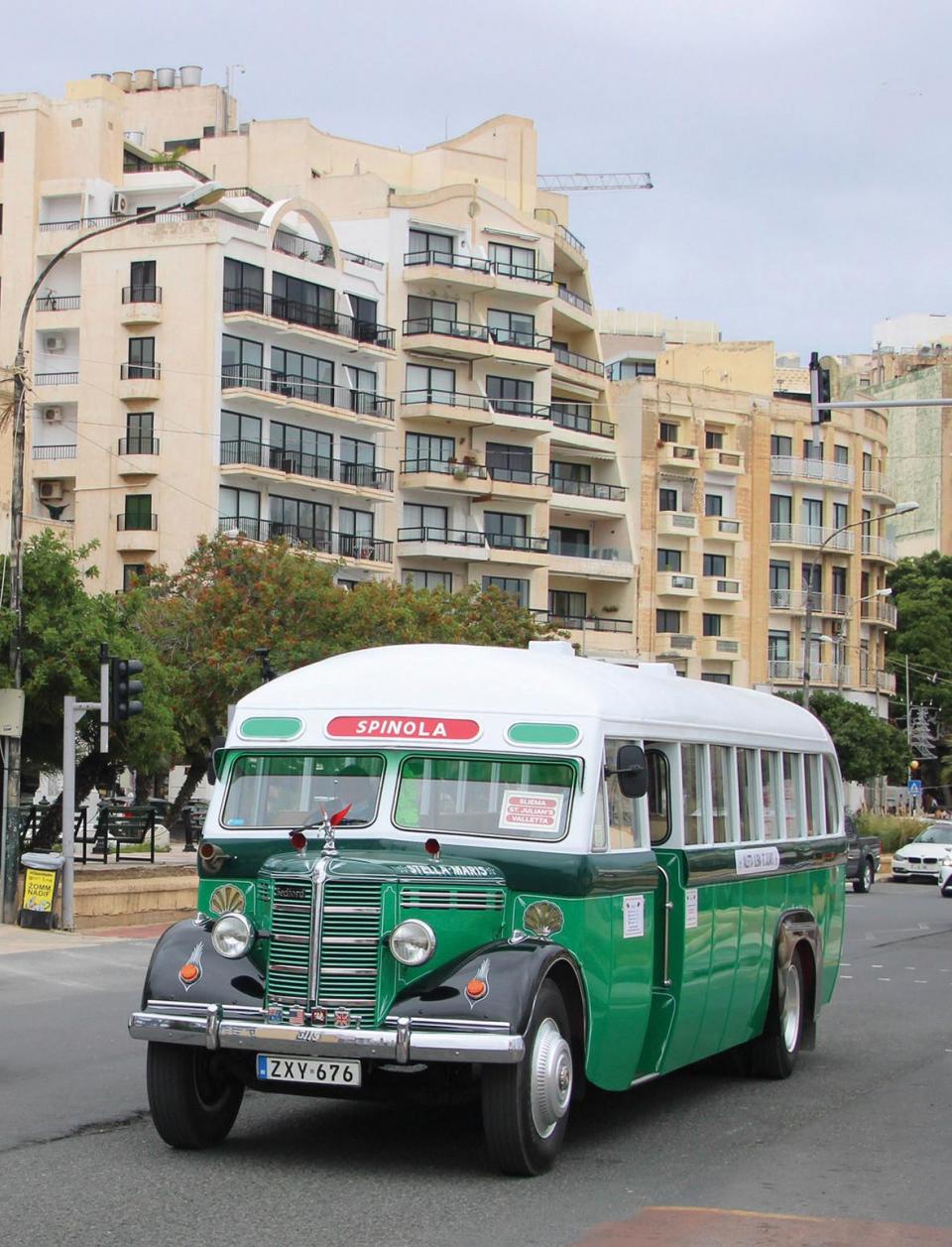 Then, the buses climb back to Floriana and follow the traditional bus route through Msida and Sliema to St Julian’s and round to St George’s Bay, before heading back towards Sliema and Valletta.

Buses run hourly, departing Valletta daily from 9am to 6pm, with a full round trip taking around an hour and a half, traffic dependent. Departure times from St Julian’s are about 40-45 minutes later, again depending on the traffic.

Cutajar added that “with the 5pm and 6pm departures from Valletta being in the dark, these trips also give one the chance to sample the subtle lighting of these buses and the illuminated shrine by the driver’s cabin”.

Currently, the six active members of the fleet comprise three early 1950s Thames ET7 and a Bedford OB. A fourth Thames ET7 will be on the road from this month, with a fifth, plus a 1950 Corner due later in the year. For more information, visit www.facebook.com/vintagebuscitytour or send an e-mail to vintagebusesmalta@gmail.com. 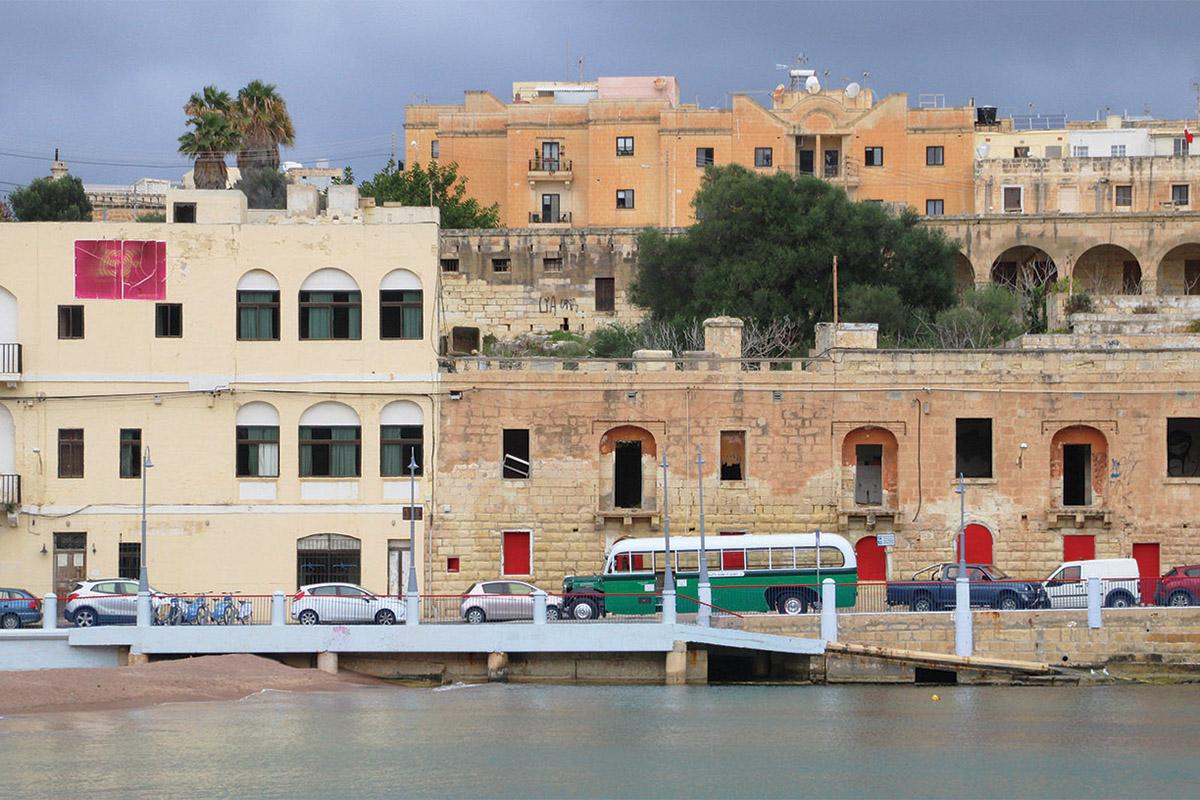 The tour leaves from City Gate, Valletta, to St George’s Bay and back, passing through Msida, Sliema and St Julian’s along the way. 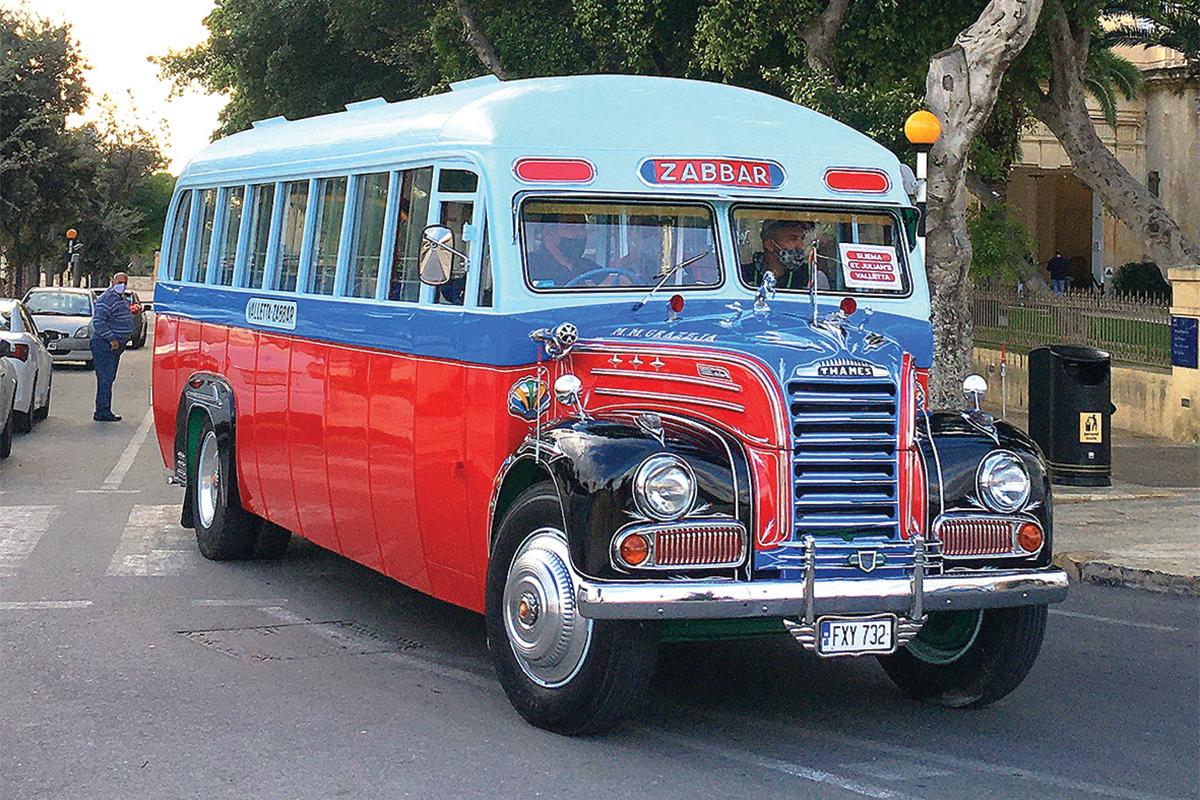 A bus in the red and blue livery that was used on the Żabbar route.