Seizing a shipful of women gave Giulermo Lorenzi a headache not just because his 66 seamen had not seen a woman in months but also because they would cost him around 110 kilos of bread every day. 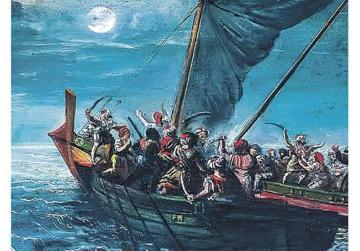 A detail from an ex-voto painting in Birkirkara of corsairs attacking a Maltese ship.

Captain Lorenzi captured the 98 women as they were on their way to Mecca and, despite being offered a substantial sum in Beirut, he brought them to Malta where he believed he would get a better price.

Contrary to popular belief, more than a religious war between Muslims and Christians, corsairing was a thriving business.

And the business did not stop when the Ottoman Empire put Orthodox Greeks at the helm of its ships in a bid to stop the Maltese corsairs from attacking their Christian brothers.

“Beneath the crusaders’ mission there was a money-generating industry. Malta didn’t have natural resources, so its inhabitants captured the resources of other nations,” museum curator Liam Gauci, whose 10-year research is being published this February, told this newspaper.

Called In the Name of the Prince, the book, illustrated by Daniel Cilia, highlights the daily transactions and ordinary life of Maltese corsairs between 1760 and 1798 – rather than pander to the idyllic perception of the “defenders of the faith”. 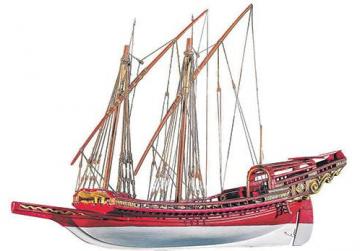 The publication refers to the Grand Master as a “prince” because that is how they perceived themselves towards the end of the 18th century.

Despite being answerable to Rome, they had elevated themselves to princes, as evident in portraits showing Manuel Pinto da Fonseca and Emmanuel de Rohan-Polduc holding or sitting down next to a crown.

Mr Gauci gathered information about the Maltese corsairs from untapped documents scattered across the island – from parish records to the Notarial Archives, the Bibliotheca, Cathedral Archives and the National Archives.

Between 1760 and 1798, corsairs sailed out of Malta on privately-owned ships. They sailed in the name of the Grand­master to profit from war. They were controlled by maritime law, so technically they were not pirates.

They could make money off the stocks of coffee, saffron, pepper, tea and human beings

However, it was more profitable for them to attack merchant ships rather than warships, as they could make money off the stocks of coffee, saffron, pepper, tea and human beings. While some were kept as slaves and labourers, most were held for ransom.

Mr Gauci’s research sheds light on Malta’s demography in those years, with a third of the corsairs being foreigners married to Maltese women. A prime example was Senglea: 151 of the 313 corsairs living there were not born in Malta. 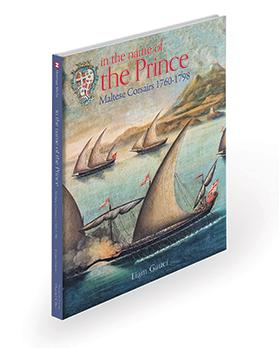 However, the community was tightly knit and foreign peers were considered family, even asked to be godparents to each other’s newborns.

Mr Gauci hopes his research “sets the record straight and provides an insight into the colourful history of Malta”.

“I hope it shows that we are an island of people of different nationalities living together, where at times foreigners even felt more Maltese than the natives,” he said.

One of these “patriots” was Captain Lorenzi himself, who has already been documented by Carmel Testa, Roger Ellul Micallef and Giovanni Bonello among others.

Mr Gauci expands on this corsair’s life, dedicating at least 13 pages to the man from Corsica who landed in Malta aged 11. He was buried in Floriana after being executed alongside Dun Mikiel Xerri following the unsuccessful conspiracy to overthrow French rule. 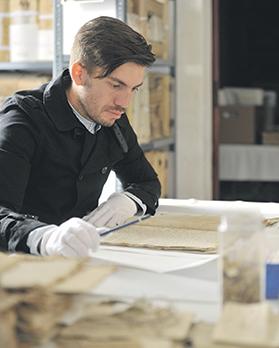 The author also hopes to show that “we are a country of people who adapt to the situation in a bid to make a living”.

In fact, renegading is illustrated with the ventures of Giuseppe Lipari, registered in Senglea as a Catholic, converted to Islam while in Tunisia after he was enslaved for the second time and finally converted back to Christianity when he was captured by the Order of St John.

This phenomenon was not limited to faith.

Giacomo Mitrovich, born in Malta under the rule of the Order of Saint John, changed his name to Jacques along with his ship’s name when the island was ruled by the French, and then again to James under the British rule in a bid to continue his corsairing activities.

In the Name of the Prince was funded by the Lombard Bank and published by Heritage Malta. More information on http://heritagemalta.org/ or 2295 4366.